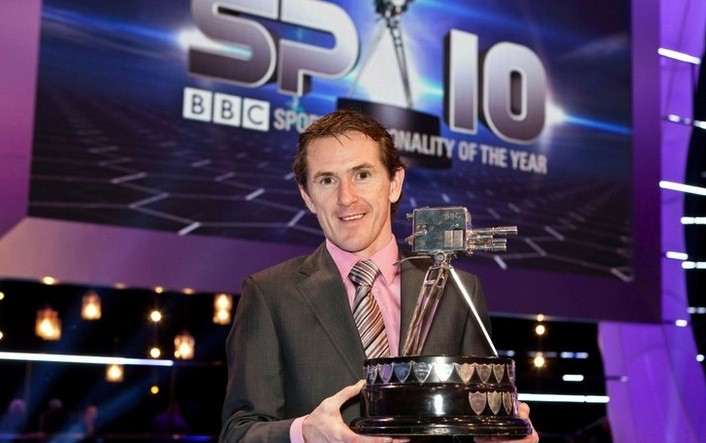 Sir Anthony McCoy OBE is the world’s greatest jump jockey. He dominated his sport for over two decades, making him one of the UK’s highest-profile sporting talents. The 45-year old spent his career setting records that will not be broken in our lifetimes – a tribute to his stamina, endurance, motivation, and dedication to the world of sport.

Sir Anthony, also known as “AP”, is the only sportsman of his kind to have been awarded ‘BBC Sports Personality of the Year’ in 2010, to receive the ‘Lifetime Achievement Award’ at SPOTY in 2015 & ‘BT’s Outstanding Contribution to Sport Award’.

Northern Ireland’s Sir Anthony ended a truly phenomenal career in 2015 as Champion Jockey for the 20th consecutive year, recording 4348 wins (which includes the 2010 Grand National, the prestigious Cheltenham Gold Cup, Champion Hurdle, Queen Mother Champion Chase & King George VI Chase). He spent his career setting records that will not be broken in our lifetime -a tribute to his stamina, endurance, motivation, and dedication to the world of sport.

He has swapped the whip for the microphone, becoming a very popular presenter for Channel 4 Racing. Sir Anthony is an exclusive columnist for The Times newspaper, he is President of the Professional Jockey’s Association, a Trustee for the Sir Peter O’Sullevan Charitable Trust, and a Global Ambassador for Laureus, Albert Bartlett, and William Hill.

Sir Anthony is an exceptional key-note, after-dinner, corporate and motivational speaker. He also speaks at global “Sport Meets Business” forums & events. His unparalleled experience, humour, and personality endear him to any audience –his fear of failure, his drive to be the best, his mental/physical/motivational techniques, his anecdotal stories from the saddle, breaking his bones over 700 times & and his insight into the pressures and dangers of the sport make for a lively Q&A.

A documentary-style film about Sir Anthony topped the iTunes film chart, having been shown in over 200 cinemas across the UK and Ireland. “Being AP” has premiered at the Toronto Film Festival, in Dublin, and in London.

He has also written autobiographies such as “Winner: My Racing Life” and a fictional book “Taking the Fall”.

AP has an impeccable reputation within the sporting & business world; his name & image instantly portrays credibility, loyalty, confidence, success, absolute professionalism & a winning mentality – attributes he draws upon within his Q&A sessions and speeches.

AP motivates clients/key personnel/employees, encouraging them to be the best, at all times and inspiring audiences with his career achievements

He provides other anecdotes such as lunch with the Queen, playing golf with Tiger Woods, stories from the weighing room, his career experiences.

Another strong subject is staying motivated during the lockdown in the Covid-19 pandemic.