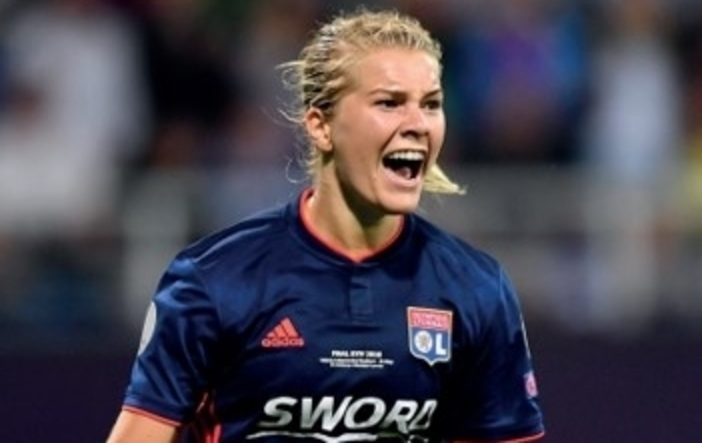 Ada Hegerberg, the UEFAs top women’s club scorer, has many achievements she can be proud of. Making her debut for the Norwegian club Kolbotn at age 15, she has, during the course of her career, racked up more than 300 goals, including a record-breaking 15 during the 2017/2018 UEFA Women’s Champion League.

A Norwegian by birth, Ada Hegerberg, together with her older sister, played for Sunndal Fotball. After a family move, both sisters joined Kolbotn. It was while playing for this club that she, as the youngest player on the team, scored three goals, making her the youngest player ever to score a hat trick. Finishing as the team’s top scorer in 2011, she was nominated Young Player of the Year. Ada never looked back.

In 2013, Ada Hegerberg signed a contract with the German side FFC Turbine Potsdam with the team finishing second in both the 2012-2013 Bundesliga and DFB-Pokal. The next season, i.e. 2014, saw her transfer to French club Olympique Lyonnais. A successful first season followed with her scoring 26 goals during 22 league games. In the Coupe de France Féminine Final, Ada scored the final tying goal that eventually led to a 2-1 victory over their opposing team Montpellier.

During 2015-2016, Ada Hegerberg once more returned to Lyon where she scored a hat-trick in the team’s game against PSG, thereby ensuring a 5-0 victory. She also finished the season with her team retaining the league title for the tenth consecutive season while, together with her team, securing the Coupe de France the same year.

Ada Hegerberg achieved one of the highest accolades the sporting world has to offer when, in 2018, she became the first woman ever to receive the coveted Ballon d’Or.

“It’s incredible. This is a great motivation to continue working hard and we will continue to work together to win more titles. I wanted to end with some words for young girls around the world: believe in yourselves.” – Ada Hegerberg

The 2019 season saw Ada Hegerberg deliver a performance that saw her named the Player of the Match during the UEFA Women’s Champions League Final. She scored a hat-trick within 16 minutes that made her first player to score three goals during a UWCL final. She and her team also won their fourth consecutive UWCL trophy. Her 53rd goal in her 50th appearance saw her become the UEFA Women’s League all-time top scorer.

But all has not been sunshine and roses. In 2017, Ada Hegerberg stopped representing the national team in protest with the NFF as to their treatment of women in football. Although improvements were made, she has refused to take part, leading to her missing the 2019 World Cup.

Ada Hegerberg has appeared on the cover of several top European magazines and been interviewed by the likes of BBC, The Guardian, CNN, The Independent, and many others.

Ada Hegerberg is a confident speaker who is not afraid to make herself heard. The best female footballer in the world, she is willing to sacrifice her own career to ensure the next generation of women footballers have better conditions. Ambitious at heart, Ada feels in finding solutions when presented with challenges.

Ada Hegerberg is a true polyglot and speaks for languages: Norwegian, French, English, and German.

Ada Hegerberg "She has unconventional qualities. It is impressive how she has managed to make history in such a short space of time."Eugénie Le Sommer, Lyon attacker
5 / 5
Ada Hegerberg "A young player, but already a great player. It's impressive to see just how mature she already is in her play. An exceptional goalscorer."Camille Abily, Lyon captain
5 / 5
Ada Hegerberg "Ada has a physical and mental strength above the norm. She is on her way to becoming the best player in the world."Jean-Marie Aulas, Lyon president
5 / 5