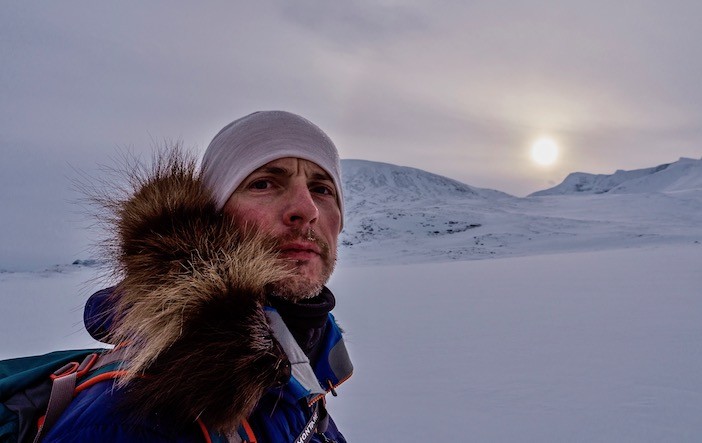 Being diagnosed with Parkinson’s in 2008 did not stop Alex Flynn. Instead, his illness has inspired the lawyer, business consultant, adventurer, ultra-athlete, brand champion, writer, and film producer to beat the odds. His focus, since being diagnosed, is not only to live life to its fullest but to create positive change despite adversity while raising awareness and money for research on Parkinson’s in the process.

The young lawyer who was diagnosed with the condition at age 36, when, while drinking a cup of coffee, saw a tremble in his hand, became a professional athlete in 2011. His aim was to run, walk, and crawl if need be until he had covered a distance of 10 million meters. This he accomplished in 2014.

Alex has, so far, under a banner titled ‘10 MillionMetres’, completed many marathons, endurance races, and triathlons. Amongst these he includes the Marathon de Sables that saw him running 250km across the Sahara Desert, completing a 160 mile run across the Bavarian Alps in a time of 52 hours, and a 1,457 run from London to Rome to meet the Pope – completing the first twenty marathons in only ten days. He also completed the Trans-America Challenge in 2012. Alex Flynn finished the 3,256 miles from Santa Monica, California, to New York City in 35 days, using four disciplines to do so, namely running, riding kayaking, and climbing. He is the first person with Parkinson’s disease ever to accomplish this feat.

The next year saw him cross 200km of the Amazon jungle, climb and run 90 km of the Dolomites, followed by 236 km across the Colorado Rockies. This he did within a period of eight weeks.

His 10MilionMetres Challenge was completed in 2014 at the Standard Chartered Dubai Marathon. He had successfully covered a distance of over 6,200 miles across the globe. But this was not the end of Alex’s adventures.

In 2015, Alex competed in the Men’s Health USA Ultimate Guy Competition, reaching the final nine competitors of over 1100. Amongst these competitors were included Special Forces members as well as US Marines. This year also saw him honored by the UK Prime Minister at the time, David Cameron.

Alex followed up the following year by taking part in a challenge to do 5,566 press-ups in 22 days. The aim was to raise awareness and funds for PTSD, a condition that affects many military personnel and first responders. Sadly, he had to give up after 18 days due to his shoulder giving out. He did, however, reach a total of 3,763 press-ups during this time. In 2017, he undertook an Arctic expedition, attempting to cover a distance of 450 km of Sweden’s Kunglseden, a trial undertaken in temperatures of below -29 degrees Celcius.

A prolific writer who has contributed to both magazines and newspapers in the UK and abroad, Alex Flynn has completed his first book that chronicles his 10 Million Meters Challenge. The book will be published soon. A documentary film of his adventures has also been produced for television.

Alex Flynn has undertaken many training and speaking engagements, both in the United Kingdom and internationally. His speaking engagements are aimed at motivating and energizing his audiences, and he has worked with various companies in sixteen countries thus far. He has also addressed industry leaders and different heads of state.

Alex Flynn “I was totally blown away by the presentation today, what an amazingly inspiring guy, he really gave me food for thought on how to deal with my disability and live life to the full.”BNP Paribas
5 / 5
Alex Flynn “Alex gave a stunning account of his reactions to life with Parkinson’s. Alex shared some of his motivations and gave a taste of his experiences in racing 10 million metres to raise £1 Million for Parkinson’s research. Several attendees commented that Alex’s contribution was the highlight of the day.”Olivier Bazin – Thames Valley Dementias and Neurodegenerative Diseases Research Network
5 / 5
Alex Flynn “Alex gave an inspirational speech at our recent event on the topic of ‘resilience’. He is a remarkable person and captivated the room recounting his many adventures. The feedback was 100% positive from all of the attendees. Thank you Alex for sharing your amazing journey”EY
5 / 5
Alex Flynn “Alex is a true inspiration and his story makes you realise how much it is possible to achieve when you truly put your mind to something.”BNP Paribas
5 / 5
Alex Flynn “Rarely does one hear about such an inspirational and heroic Briton as Alex Flynn. The challenges he has successfully undertaken would be considered seriously hard by anyone’s standards and are, in my view, independently worthy of recognition.”Sir Ranulph Fiennes OBE
5 / 5