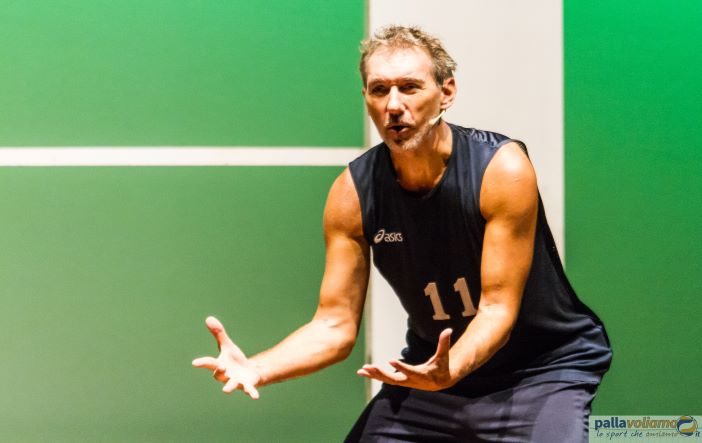 Andrea Zorzi retired from volleyball in 1998. Immediately after, however, he started working as a producer and light and sound designer at the Kataklò Athletic dance Theatre. It was the first physical dance company in Italy.

His retirement from volleyball did not mean the end of his commitment to the game or sport, however. Andrea Zorzi is still very much active as a sports journalist for Italian and international television and newspapers and currently collaborates with DAZN and La Gazzetto dello Sport.

The early 2000s saw Andrea Zorzi embark on an added course. He started coaching and doing talks using his athletic experience to highlight the correlation between sport and the business world.

In 2012, the former volleyball champion also turned to the world of acting and has thus far taken part in various theatrical performances.  His first performance was in ‘La leggenda del pallavolista volante’, a play inspired by his volleyball career. Shortly before this, in 2012, he took part in a research project on sport social cohesion and innovation. He was also instrumental in the Municipality of Milan’s pilot project aimed at connecting local sports associations

As a speaker, Italian born Andrea Zorzi focuses on such aspects as the similarities in the sports and business world as well as sport as a means of social adhesion and innovation. He speaks two languages, i.e. Italian and English