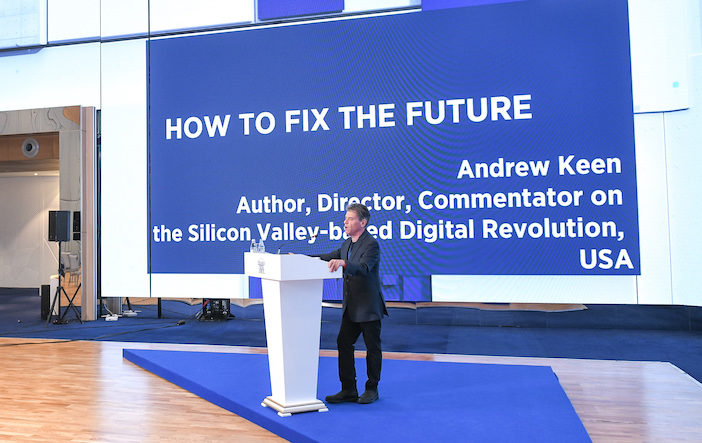 Andrew Keen is a well-known commentator on the digital revolution. He is also an entrepreneur, author, and broadcaster and considered an expert in the analysis of digital business and culture. The Executive Director of the Silicon Valley innovation salon FutureCast, he hosts “Keen On”, a popular Internet chat show.

A prolific writer, Andrew Keen is a columnist for CNN and bestselling author.  According to the London Sunday Times, his book, “The Internet Is Not The Answer” is a “powerful, frightening read”, while the Washington Post called it “an enormously useful primer for those of us concerned that online life isn’t as shiny as our digital avatars would like us to believe”.

Another of his books, “Cult Of The Amateur: How The Internet Is Killing Our Culture” also received widespread acclaim. Published in 17 different languages, the book was short-listed for the Higham’s Business Technology Book of the Year award.

Regularly featuring in magazines and newspapers around the world, Andrew Keen regularly writes for The Lost Angeles Times, The San Francisco Journal, the Guardian, The New York Times, the Independent, Fortune, and many other publications.

With regards to education, Andrew Keen was awarded a First-Class Degree in History from London University, was a British Scholar at the University of Sarajevo, and has a Master’s Degree in Political Science from the University of California at Berkeley. He has also lectured at various universities around the globe, including Oxford, Stanford, Berkeley, Warsaw, and Amsterdam.

Andrew Keen is the co-founder of Amsterdam University’s Future of University Education conference, has made a series of commentaries for CNN, and was named by GQ magazine in their list of the “100 Most Connected Men” in 2015.

Andrew Keen is an acclaimed conference speaker. His main areas of focus are the impact of new technology on business, education, and society. He lives in the USA and presents in English.

Andrew Keen "Dear Mr. Keen, On behalf of the Organizing team, I would like to take this opportunity to express my heartfelt thanks to you for your very active participation in the XVII Eurasian Media Forum. The main objective of the Eurasian Media Forum, which unites representatives of different countries, professions, and opinions, is an open dialogue and a search for a compromise solution. It was an honor and pleasure to have you here as a speaker sharing your thoughts on complicated topics and taking part in panel discussions. This year Forum is very special to us. After a one-year break due to the pandemic, we were delighted to be finally able to hold this event. There were many topics to discuss since the events we have all witnessed ever the past year were exceptional in their scale and impact on the fate of millions of people. By being forced to distance ourselves from one another over this period, we have been reminded of the importance of human interaction and meetings like this. Please let me thank you once more for the special impetus you gave to the discussion and making the XVII Eurasian Media Forum happen." Sincerely, Alma Akhmetzhanova Director-General Eurasian Media Forum, Kazahkstan, October 2021, Live Keynote
5 / 5
Andrew Keen "The Silicon Valley success stories have created much hype and euphoria around digital technology. Hence it is important to hear critical voices with alternative perspectives. Andrew Keen is a refreshing "competent rebel" with roots not only in Silicon Valley but also in a profound liberal arts education." Richard Straub, President and Founder of the Global Peter Drucker Forum
5 / 5
Andrew Keen "Andrew Keen is not only one of the world’s most influential thinkers about the social and economic impact of digital technology, but he’s also one of its most articulate and passionate public speakers. His speeches at DLD have always been delightfully smart, humorous and provocative and we look forward to collaborating with him again in the future.” Steffi Czerny, Managing Director, DLD Media
5 / 5
Andrew Keen "Andrew Keen is one of the most fascinating speakers I had during my 7 year tenure as master curator of Innotribe at Sibos. I have seen him perform at other prime events like Techonomy and The Drucker Forum. As a true contrarian, he debunks myths and beliefs about the Internet and technology hypes, challenges conventional thinking, and brings back the conversation to universal values of humanity. His delivery is passionate, deeply researched, and illustrated with poignant visuals and metaphors. His stage energy is contagious.”Peter Vander Auwera, Co-Founder Innotribe
5 / 5
Andrew Keen “Andrew is a no nonsense, crap cutting provocateur. As a speaker, he offers whip smart, no-shit insights into what technology might actually mean.” Ella Weston, Director of WPPStream the WPP(un)conference
5 / 5
Andrew Keen "Having Andrew Keen speak is like launching a very knowledgeable exocet missile into the middle of the conversation, the convention and the room - in a good way. No-one is as laser-guided as he is and it always makes for excitement." Julia Hobsbawm, founder, www.namesnotnumbers.com
5 / 5 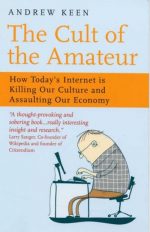 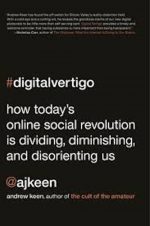 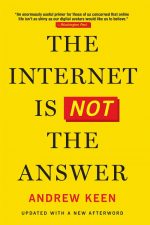 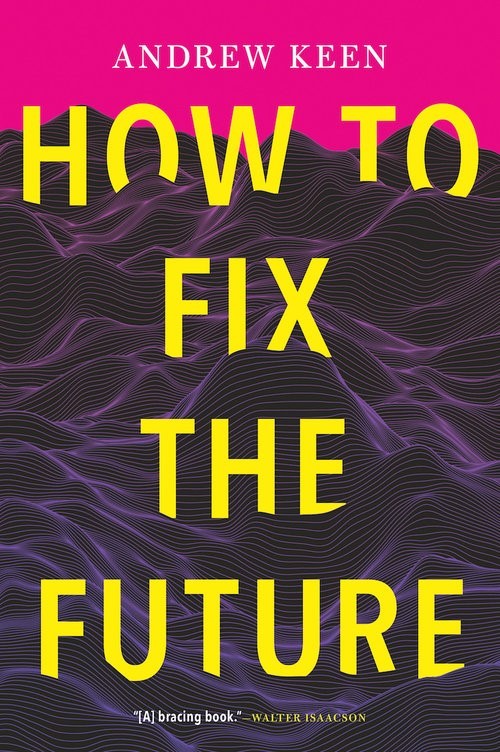