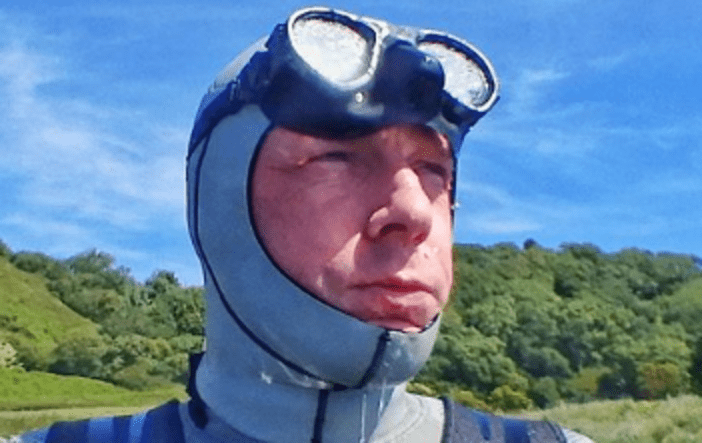 Andy Torbet, after a 10-year stint in the British Forces, left to pursue a career in scientific exploration and film making. He has, to date, presented on 22 TV series, including BBC1, BBC2, Discovery US, and the History Channel.

His various adventures have seen Andy Torbet free diving under the Alaskan ice, swim under icebergs, snorkel with sharks, and do cave diving in some of the world’s most remote locations. Some of his feats include diving legendary shipwrecks deeper than 400 feet.

Using his own experiences as an ex-Bomb Disposal Officer, paratrooper, and army diver, Andy Torbet uses his own life experiences combined with his love for extreme sports to innovate and push the boundaries of what is considered possible.

A keen skydiver and professional mountaineer, Andy Torbet has made various films for television, all in the name of science. He has thus far executed a HAHO (High Altitude High Opening) jump from 28,999ft over the Arizona Desert, raced the fasted animal in the world, i.e. a peregrine falcon, and scaled 12-story glass buildings. The ex-professional sea-kayaker and canoe guide’s love of the aquatic world is not limited to only that which is below the waterline.

Although his work is extreme and technical in nature, Andy Torbet still has a deep interest in academia. Many of his explorations and adventures are below the water and include solo cave diving expeditions, discovering lost shipwrecks, and doing biodiversity studies in deep, remote environments. He has a special interest in hyper- and hypo-baric medicine and physics.

Andy Torbet has a degree in zoology. His love of wildlife, natural spaces, and practical conservation were the result of his childhood in the Scottish Highlands.

The author of ‘Extreme Adventure’, published in 2015, Andy Torbet writes a monthly column for both SCUBA magazine and the Camping and Caravan Club Magazine. He has also written over 120 articles spanning the last eight years for the likes of Diver, Sport Diver, FHM, Mens Fitness Magazine, and many others.

Andy Torbet is a member of MENSA, the High IQ Society, and a Fellow of The Royal Geographical Society.

As a conference speaker, Andy Torbet has an amazing range of speaking topics. These include talks on his adventures, science, archeology, risk-taking, overcoming fear and obstacles, and motivation, amongst others. Living in the UK, he presents in English. 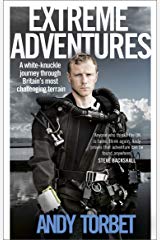