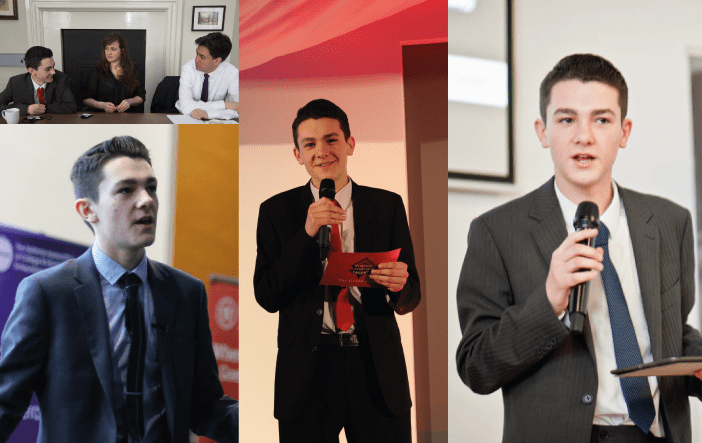 Ben Towers is one of ‘the most influential entrepreneurs on the planet’ whilst still only being 21 years old. He started in business aged 11 and has since successfully exited his marketing agency, invested in disruptive start-ups, advised Governments & PLCs, and inspired millions.

At the age of 16 years, Ben was described as one of the most influential teenagers by The Sunday Times.

Since then, Ben Towers has inspired millions with his personal broadcasts and appearances worldwide. As an advisor, he has an immense following crossing all digital generators, centering his work with Young Enterprise and The Princes Trust. He inspires young people to create their digital journey.

Besides his entrepreneurial story, Ben Towers speaks about the wider world of technology and content from the view of someone who has known little else. Considering disruption from new technologies, new influences, and new ways of doing business, he looks at the millennial generation’s expectations with thoughts on the potential lifespan of such digital media as Instagram and Facebook.

Ben Towers lives in the UK and presents in English.

Title: The Key Traits Of An Entrepreneur:

Ben Towers 'I approached Ben asking if he could spare a few moments to be interviewed as part of the Young Entrepreneurs Networking Association, with a quick response his interview received a lot of engagement and I was very impressed with his professionalism as such a young entrepreneur. After talks with Ben I was inspired to highlight how much somebody as achieved especially at such a young age.'Daniel Paddon, Aberystwyth Ambassador, Young Entrepreneur Networking Association
5 / 5
Ben Towers 'The Oxford English dictionary defines an entrepreneur as “A person who sets up a business or businesses, taking on financial risks in the hope of profit” Not only did Ben embrace this, at the tender age of 11, but he has run with it making his own enterprise hugely successful by any standards, let alone in one so young. What I also find admirable and exceptional in Ben is his willingness, and enthusiasm, to encourage all, be they young or old, to do exactly what he has done and become an entrepreneur alongside him. He will always find the time to talk to anyone and discuss their ideas and offer help and support. All this on top of running his own business and attending school.'Robyn Bourne, Thames Valley Development Manager, Federation of Small Businesses
5 / 5
Ben Towers 'I first met Ben Towers in my capacity of Central London Chairman for the Federation of Small Businesses and was immediately struck by his composure in the meeting we were both attending. There were around 12 people in attendance most of whom had met one another before. Ben was a stranger to most of us yet instinctively seemed to know when to speak and what to say and I must say I warmed to him instantly. He certainly knows his subject.  Since that first meeting we've met on numerous occasions. Being in business is about meeting fellow business people, convincing them you know what you're doing and then delivering what you promise and Ben has grasped that admirably.  He displays business acumen and confidence beyond his years and society really needs more people like him.'Ted Wigzell, Founder, Your Business Community
5 / 5
Ben Towers 'Young entrepreneur' is a phrase which describes Ben Towers very well but 'brilliant young entrepreneur' would be more appropriate. Ben started working with me when he was only 11 and I was immediately impressed by his knowledge and talents regarding many different areas of technology. I would not hesitate to recommend his work. He has sorted out many problems for me and I have always found him reliable and efficient in all he does.'Margaret Weston - Author and Speaker
5 / 5
Ben Towers 'Ben has been voted the UK's most successful Young Entrepreneur for great reasons. Whilst at my show 'The Great British Business Show' he more than fitted in amongst some of the UK's fastest growing Business Owners and held the floor brilliantly whilst conducting 2 insightful seminars in front of packed audiences who showed fantastic admiration to hear him.  He is one to watch, has a great future in front of him and commands great respect whilst in his presence.'Daniel Rogers, Prysm Group
5 / 5 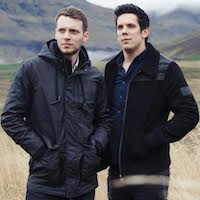 Founders of Gandy’s FlipFlops following being orphaned by the 2004 tsunami. Now a life’s work to help underprivileged children