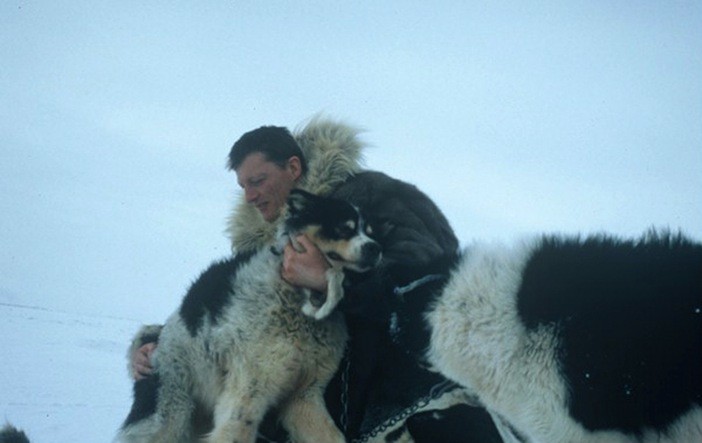 Benedict Allen is an adventurer noted for his long periods of isolation in the wilderness and importantly an inspirational speaker.

Benedict Allen is well known for his television programmes with his philosophy of immersing himself in extreme or alien environments, going alone and learning from indigenous people. Over a twenty five year career Allen has narrowly escaped death six times; arguably, no one has more experience of living continuously isolated in as many remote environments. The Sunday Times described Allen’s methods as: “Filming whatever actually happens, without all the hidden paraphernalia of a film crew, and whether in danger or lonely or undergoing various exotic rituals, he has effectively taken the viewers’ experience of adventure as far as it can go.”

“I belonged to the last generation that might pass through a wilderness for months on end and not encounter a single person of my own culture. It was a privileged time: never in all those years can I remember coming across a single other foreigner, whilst out on a trek. Such isolation seems inconceivable today.” – Benedict Allen

Whilst studying at the University of Aberdeen Allen tried to work out how to cross the remotest forest on earth in South America. The idea Benedict developed became the cornerstone for all his future ventures. Instead of raising money through sponsorship he would immerse himself among indigenous people and hope for their assistance. Whilst places like the Amazon and Borneo were apparently hostile environments to others like Benedict Allen,  these places were home rather than dangerous places to those that already lived there.

Allen’s philosophy offered another bonus: by travelling “light” he could take advantage of any opportunities and progress with speed, like the Alpine approach of mountaineers. As a result the crossing of such formidably remote forest  became possible. His adventures began in 1983 in South America when he and a string of locals completed a precarious 600 mile hike through the forest by foot and canoe. It was a remarkable feat which almost cost Allen his life. He walked out of the forest alone and with two types of malaria, having been attacked by gold miners, he fled and was eventually forced to eat his own dog to survive.

Keynote Speech – ‘Life on the Edge’

Benedict Allen, famous from his BBC TV series, shares some highlights from an extraordinary life as an adventurer – from dangerous times with his heroic camel companion Nelson, to undergoing a secret initiation to make him a man “as strong as a crocodile,” and being shot at by drug barons while crossing the Amazon Basin with the help of the Matses “Jaguar” people.

With considerable good humour, Benedict gives the inspiring account of what it’s like to have come through “hell” during weeks alone, aged just 23, with his dog in the Amazon having been attacked by gold miners. And how, decades later, a 1000 mile journey with his loyal dog team helped him understand just why he had survived that experience in the jungle years before.

Benedict Allen 'Your amazing Amazon adventures kept our audience spellbound. Although I am sure most would find the prospect of such a journey daunting, they will never-the-less have taken on board your lesson on the ability of men and women to overcome extreme adversity and succeed in the end.' IBM, South of France Conference
5 / 5
Benedict Allen 'A captivating motivational talk; we received very encouraging feedback from both CBRE representatives and guests alike - all 120 copies of his book were snapped up...' CEO, CB Richard Ellis, Paris Conference
5 / 5
Benedict Allen "an insightful, entertaining and brilliantly executed talk."Oracle Health Services
5 / 5
Benedict Allen "The points you made on teamwork and the "power" of the individual, plus your enthusiasm, gave a perfect motivation and start to our conference."Chief Executive, Sericol, Madrid conference
5 / 5