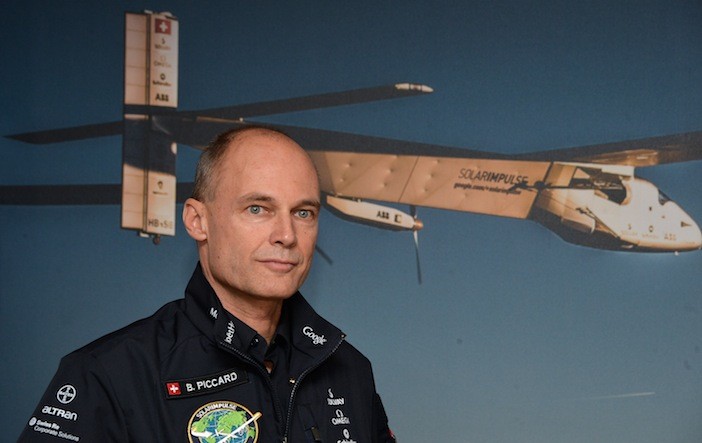 A pioneer, explorer and innovator who moves outside customary certainties and stereotypes, Bertrand Piccard is first and foremost a visionary and a communicator. Born into a dynasty of explorers and scientists, he made the first ever non-stop round-the-world balloon fight. Picard is an internationally renowned psychiatrist, aeronaut and lecturer, chairman of the Winds of Hope and of Solar Impulse, and a United Nations goodwill ambassador. He combines science and adventure to tackle some of the great challenges of our times.

Bertrand Piccard is also an author and a well-known speaker. His famous book ‘Around the World in 20 Days’ published in 2000 became an instant hit in France, USA, UK and Germany. His amazing speaking ability has helped him to be recognised among the world’s top motivational speakers. Bertrand Piccard is among Europe’s leading motivational speakers. He engages audiences through his adventure stories and then teaches them the importance of motivation and innovation to achieve the impossible.

Bertrand Piccard illustrates his concept of the psychology of life, human communication, team-work, motivation, pioneering spirit, as well as how to deal with stress, uncertainty and crises.

Bertrand Piccard "Bertrand was warm, interesting and amusing. He exceeded my expectations and I think the clients as well!” Event Production Services
5 / 5
Bertrand Piccard "It was enthralling. There wasn’t a dry eye in the room.”Morgan Stanley
5 / 5