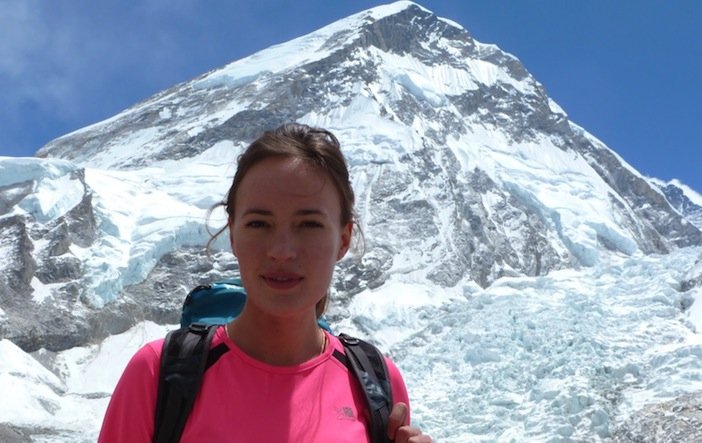 Bonita has climbed the world’s highest mountains, including Mt Everest, and skied to the North pole. She has led teams on Kilimanjaro and is a champion for the great British outdoors, working alongside Ordnance Survey to inspire the nation to get outside.

Bonita has broken mountaineering records, and in 2012 became the first British woman to ever climb the world’s 4th highest peak, Mt Lhotse; considered a technically much more difficult climb than Everest.

She is also a highly in-demand corporate speaker and event host and has spoken for world-famous brands. Bonita is also one of the most sought after youth speakers in the UK, visiting hundreds of schools as a motivational speaker.

Bonita lives and breathes inspiring others to step outside their comfort zones, whether that be through the Get Outside campaign, her motivational talks, leading teams on Kilimanjaro or through her own extreme endeavours.

“From Base Camp the summit stretched another 2.5 vertical miles above us. I couldn’t even imagine reaching the top. It looked impossible.”

Four weeks later she stood on the summit on the 17th of May. The final 1800m took 26 hours in The Death Zone, with only a few hours rest prior to setting off into the night and climbing through minus 40* temperatures.

“I’ll never forget the amazing stars above us, or the pain and exhaustion of climbing in the death zone, and then the sunrise illuminating the curvature of the Earth.”

A year after climbing Everest Bonita and her team skied to the geographic North Pole. Carrying their own food and equipments, it took 8 days from the Russian Camp to reach 90 degrees. They battled the negative ice drift from the see currents and extreme cold.

“I remember feeling so far away from civilisation, that if anything went wrong out here in this wilderness, we were completely alone, just a few specks in this vast expanse of ice at the top of the world.”

Having conquered Everest they went back to Base Camp to attempt to climb its fearsome neighbour and the world’s 4th highest peak, Mt Lhotse. Her peers were sceptical as the Lhotse is dangerous and rarely climbed. A year later they successfully summited Lhotse.

“I knew our chances were almost zero- the mountain was in bad condition and Lhotse was rarely climbed. A year later, the same people who were so sceptical then went on to climb Lhotse themselves. I’m really proud that we didn’t let dogma and the mountain’s reputation cloud our judgement. I took that expedition one day, one step at a time. I could not believe it when we reached the summit. It was the toughest mental challenge of my life- just to hang in there day after day when success looked impossible.”

Bonita worked with an international team of mountaineers to attempt to climb another of the world’s highest peaks K2.

The team climbed well above 8000m, entering a place called the Death Zone using supplementary oxygen on their ascent. They battled through minus 40-degree temperatures, as well as taking on extreme objective danger on the mountain itself.

The expedition took them to one of the remotest places on Earth, the nearest village was a 6-day walk away, with limited communications.

Bonita is one of the UK’s most sought after motivational speakers and speaks across Europe. She has given hundreds of talks to many of the UK and Europe’s top business and schools.  Here is an example of how Bonita’s mind works (when asked about the K2 expedition in 2016) and offers an example of some of the content from within her powerfully inspirational keynote talks;

“What If I fail? My dear, what if you fly?…Quite simply, that just by attempting something out of our comfort zones we learn so much, and we realise that we are far more capable than perhaps what we first think. We must all take risks, we must all seek to understand what is important to us, and what risks are worth taking. We must also have the courage to take leaps of faith and follow the path less travelled by, despite overwhelming chances of failure, and the intimidating mountain of hard work ahead.”

“I am almost convinced that we will not reach the top of this mountain. It doesn’t matter. What matters is the mountains of the heart- of having the courage to take on risk, to follow our dreams, to be willing to grasp life and all its opportunities. I know I will never look back and regret the incredible experiences I’ve had and the lessons I’ve learned. They are by far the most precious things in life.”

Please review the many client testimonials she has attained and watch the video’s alongside to gain a deeper insight into why Bonita Norris is in such great demand as a motivational speaker.

The Book: ‘The Girl Who Climbed Everest

Bonita wrote and published her first book, ‘The Girl Who Climbed Everest’ in 2017. The book tells the story of how Bonita went from novice mountaineer to standing on top of the world in only two years, and then what happened next. She talks with refreshing vulnerability and honesty about her motivations, her failures and why she was drawn to risk her lifetime and time again.

When published, the book received media coverage in The Times, Express, Sun and on the UK’s Loraine  TV chat show, as well as appearing across many social media platforms as bloggers and influencers picked up on her inspirational story of overcoming odds and achieving a seemingly impossible dream.

Bonita Norris "Bonita was absolutely amazing, our audience loved it and were completely engrossed from start to finish. What an extraordinary and awe-inspiring story. Extremely entertaining, motivating and incredibly inspirational - thank you for sharing it with us!"Katherine Edwards, HR Director, IMG WME
5 / 5
Bonita Norris "Today I listened to you talk your inspirational Mount Everest story. It made me realise how important it is to keep on trying and persevering as you will get there in the end! Your talk really did make me open my eyes and realise anything is possible if you have the right attitude! Thank you."Student, Sidmouth College.
5 / 5
Bonita Norris "Bonita delivered a truly inspiring talk. Our international and well-travelled cohort were captivated from the outset by her down to earth demeanour and the honesty and simplicity of her transformative experience. Her message was clear and resonated throughout the audience and I think everyone left the room emboldened to start a challenge or adventure of their own."Kings College, University of London
5 / 5
Bonita Norris "The combination of your story and the pictures on the slides left me quite awestruck at what you achieved! I know the delegates enjoyed listening to you very much and Jasmine tells me the evaluation forms confirm all the verbal feedback we received yesterday which was excellent."Val Andrew. ASCL Business Leaders Conference 2015
5 / 5
Bonita Norris "I have seen many speakers over the years and less than a handful have been able to capture an audience for an hour without anyone realising that time had passed. She was funny, articulate and somehow humble even given her achievements and whilst the word is used rather too much these days, she was genuinely inspirational."Lyndon Wingrove, Director of Capabilities & Consulting, TT&C
5 / 5
Bonita Norris "One of the most inspirational speakers I have met. Eloquent and modest she totally drew the listeners in. Some of us forgot where we were, we were so enthralled. Absolutely fantastic." Rachel Allen, Head of Resourcing, Thales
5 / 5 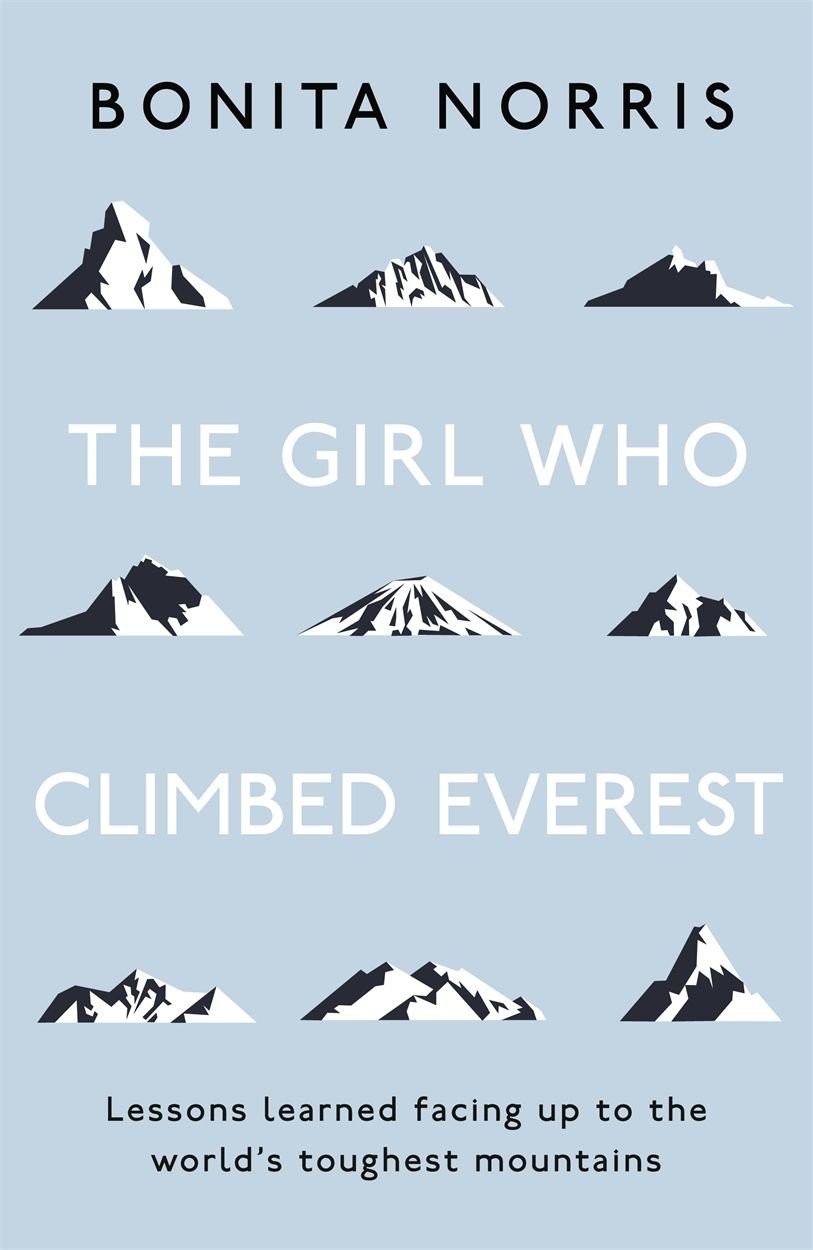