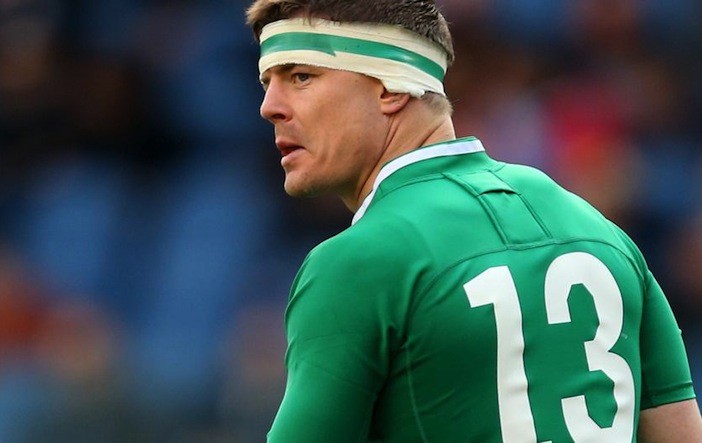 Brian O’Driscoll was the captain of the Ireland Rugby Team between 2004 – 2012 and captained Leinster between 2005 – 2008.  He played 141 international test matches of which 133 were for Ireland and 83 of these as Captain. He has scored more tries than any other Irish player in history and is internationally the eighth ranked try scorer of all time with 47 tries. He is also the record scorer in the Six Nations Championship amassing 26 tries and a record 30 tries in the Heineken Cup.

Brian was born into a rugby family. His father and both uncles played rugby for Ireland. He attended Blackrock College in Dublin known for its rugby where he reached junior international representation for Ireland culminating in winning the U19 Rugby World Championship in 1998. He studied Sports Management at UCD and continued to play rugby attaining four caps with the Ireland U21 side. He  then joined Leinster in 1999 where he won three Heineken Cups as club rugby champions of Europe. Too many in Ireland he was known as ‘BOD.’

He retired from professional rugby at the end of the 2014 season by winning the Pro 12 Championship with Leinster.

Brian was revered as a truly world class rugby player who helped both club and country to reach the top. Since retirement Brian has been developing his commentating  and professional speaking career. His focus as a speaker is based upon the characteristics that he excelled in as a player; leadership, teamwork, strategy and planning, winning against adversity, communication and of course resilience.

Brian helps organisations understand what it takes to get ahead, to work with, to make progress and to build and lead highly successful teams. And always whilst overcoming obstacles on the way.

As one of the world’s most recognisable sports stars and one of Ireland’s best known personalities he brings with him some of the magic dust that he lit up rugby pitches with.  Brian’s amiable and approachable character combined with his proven leadership make him a natural expert who through proven experience can help professionals in all areas unleash more of their potential. In advance of his professional speech delivery he will prepare and speak with his clients to insure that the he delivers a keynote that is aligned to each organisations corporate objectives.

Book Brian O’Driscoll to speak with full authority here with Promotivate Speakers Agency Europe by calling either our offices Belfast – 0289 5320666 or in London – 0207 8711829 to check his availability.

Brian O’Driscoll 'Hi Jonathan, They were phenomenal! The session was really well received and everyone really enjoyed it. Our Directors and VIP's were very impressed as well. Thank you so much for your help with securing Brian and Ger! Thank you! Julie ' Shopify International, Killarney, Ireland. 13th May 2022 Global Meeting 750 pax
5 / 5