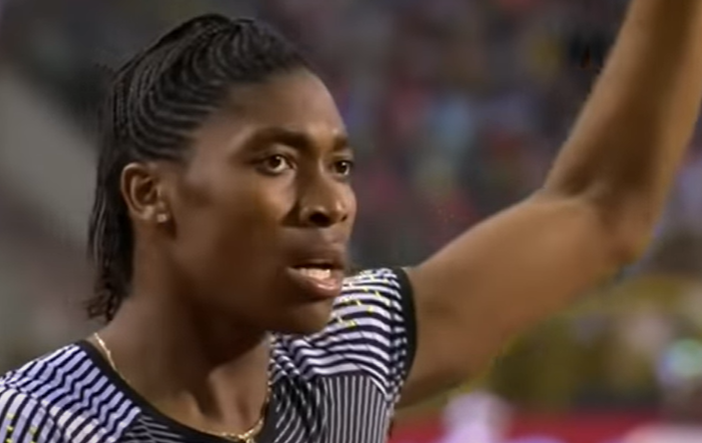 There is so much more to Caster Semenya than an Olympic champion. From humble beginnings, she has become a champion for the underdog while having to deal with prejudice on all fronts.

Born in a small village in rural Polokwane, South Africa, Caster Semenya went on to complete a degree in Sports Science from the University of Pretoria. Her childhood may have been typical, with the young Caster playing football at school but training every day by running from one village to the next. Her love for running showed itself from a young age.

But while she won the gold in her professional life, her personal life has not always been as rosy. On the eve of the 2009 women’s 800m World Championship final, the then IAAF requested that she go for gender verification testing. Although allowed to compete, and subsequently winning the gold, she was stopped from competing for almost a year.

In 2011, the IAAF set up new rules that restricted female athletes with testosterone levels averaging those of male athletes from competing. They argued that these athletes had a competitive advantage.

Caster Semenya did not allow this decision to stop her, and was, from 2011 to 2019, locked in a cycle of appeals and court cases. The Court of Arbitration for Sport ruled in the IAAF’s favor, stating that female athletes should take testosterone-reducing medications in track events from 400m to the mile.

Interestingly, this decision was made despite challenging evidence suggesting high testosterone levels do not necessarily indicate a competitive advantage. Interestingly, just over 16% of men had a level below the limit of the normal male reference range while just over 13% of the world’s premier athletes tested had a level higher than what is considered the upper limit of a woman’s normal reference range. The study thus challenges existing knowledge regarding testosterone and gender and the forced use of testosterone lowering drugs in female athletes.

Although Caster Semenya has appealed against this judgement to the Swiss Supreme Court, she revealed in March 2020 that she would focus on and compete in the 200m. This decision does not earmark the end to her astonishing career. Caster won the 400m, 800m, and 1500m in the space of three hours at the South African National Championships in 2016. With her iron determination, she could probably succeed no matter the challenges presented to her.

But sport is not the only thing that makes Caster Semenya a remarkable woman awarded the bronze Order of Ikhamanga by the South African government for her achievements in sports in 2014. She is also someone who believes in giving back to the community.

She established the Caster Semenya Foundation where the focus is on training and assisting young athletes. Her foundation has also gone on to support campaigns to help girls from the disadvantaged community by supplying them with menstruation cups. This allows them to remain in school during their menstrual cycles. Many girls, due to financial reasons have a lack of simple sanitary ware and are thus forced to stay at home during this time. With Caster’s help, the lives of many of these girls have radically changed.

All of us were drawn instantly to Caster having heard her story of overcoming prejudice in terms of sexism, racism and homophobia either inside or outside of the running track.

a speaker, the soft-spoken yet wonderfully elucidate Caster Semenya talks on such topics as facing challenges, winning, diversity and inclusion, and LGBT issues in the sporting world.

She lives in South Africa and presents in English