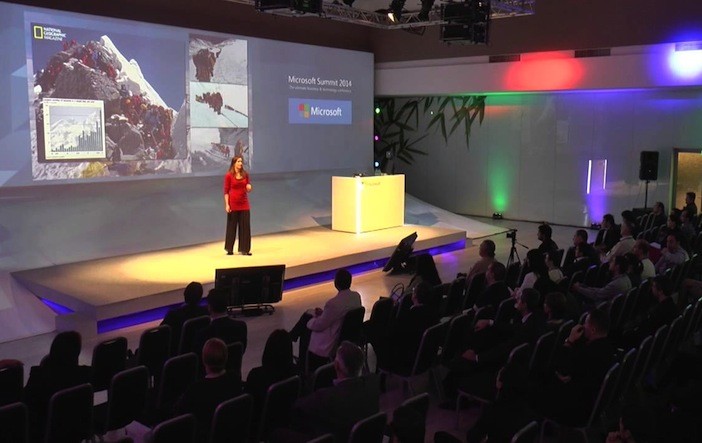 Cathy O’Dowd is the first woman in the world to climb the world’s highest mountain from both its north and south sides. Her first ascent of Everest happened in the midst of the chaotic events that form the basis of the ‘true story’ behind the Hollywood movie Everest.

Cathy, who grew up in Johannesburg, South Africa, has climbed ever since leaving school, both rock-climbing and alpinism. `Her first expeditions were to central Africa and the Andes, followed by a year exploring the Alps.

Before going to the Mount Everest expedition, she was teaching at Rhodes University. Along with her, 200 women applied for the Everest expedition but she was the only one to be selected finally for the daunting expedition. Cathy took the decision to climb Everest from the north side in 1998. This was going to be a dangerous expedition, especially for a woman. She started climbing bravely but just below the summit, she had to give up as she found a dying American woman that she chose to save instead of continuing to climb. However, she returned in 1999 and conquered the treacherous mountain to become the only women to have conquered the world’s highest peak from both sides.

Cathy continued conquering peaks around the world after her famous Everest adventure. She went on to conquer Lhotse, which is the world’s fourth highest peak. She also returned to the Everest to climb it from the east using a new route.

Cathy O’Dowd is a popular motivational speaker. She has spoken to different businesses and organisations in over 30 countries in her 10 years career as a speaker. Her motivation and courage can easily transform people when she speaks to them. She promotes teamwork, leadership and adventure in her motivational speaking appearances. Residing in Spain Cathy travels regularly giving keynote presentations at conferences and to businesses. She is able to give her presentation in Spanish as well as English.

Mount Everest: The highest point on Earth, guarded by vast flanks of rock, ice and snow. Of the climbers who tackle this challenge, 75% will fail, one in a hundred will die.

What makes the mountain so difficult? The obvious answers are crevasses, avalanches, blizzards. However, the most dangerous thing you will ever encounter on Everest is people: yourself, your teammates.

The Message
Reaching New Heights draws on the lessons Cathy O’Dowd learnt from her first Everest expedition. With the focus on finances and logistics, the dynamic of the team was ignored. The team collapsed into conflict from the first day, and three members resigned before even reaching the foot of Everest.

Cathy and her teammates discovered that there are key obstacles that have nothing to do with the mountain, but there are also overlooked tools that allow the successful 25% to triumph.

The Result
This exhilarating speech lets you join Cathy on the adventure. This is a real-world lesson in the reasons for failure and the keys to achievement. Most successful speakers don’t talk about how wrong it can go, but Cathy shares the ways in which we create our own disasters and shows you how to overcome them, refocusing your team to climb to summit success.

‘Think Like An Explorer’ – Doing what has never been done before

With Everest, the world’s highest mountain, reduced to a queue of commercial clients clipped into a fixed handrail laid out by Sherpas, standing nose to backpack from base camp to the summit, it’s time for real explorers to step out of the queue and once more tackle the unknown.

The Mazeno ridge of Nanga Parbat – one of the last great challenges of the high Himalaya. International climbing teams had tried 10 times over three decades – and all failed. How would this team be different? And how did they adapt when their plan came up against the complicated, unexpected reality?

Cathy has turned this extraordinary experience into a case-study of the challenges of trying to do what has never been done before. She examines the pitfalls of operating in unpredictable, high-risk environments and identifies the key problems in executing ambitious plans in uncertain environments. Her analysis and solutions will help any strategic planner implement innovative objectives more effectively.

Why look for business insights from an explorer?
Cathy’s long career as an inspirational business speaker is founded on her ability to use personal mountain case studies to deliver useful tools to business. Her stories are dramatic and engaging, taking audiences on memorable adventures while reinforcing the key principle of team management.

Climbing teams face the same organisational challenges as business teams but with clearer targets and greater risks. It is easier to unpack issues that underly performance via a climbing metaphor, and easier to remember the solutions.

How does the Mazeno ridge apply to business?
Plans give structure to our actions and motivation to our teams. However, given the depth and breadth of interdependency in a globalised world, forecasting fails faster than ever before. When designing a certain plan is impossible, how do you provide effective leadership in uncertain times? Learn the art of flexible planning.

How do you drive change management when the change itself brings unanticipated consequences? Think like an explorer, adapting to the contours of unknown territory while still moving in the direction of your summit.

How do you encourage innovation when people cling to certainty? Give them effective tools to make sense of uncertainty and navigate through it effectively.

Tackle an uncertain world by learning to think like an explorer.