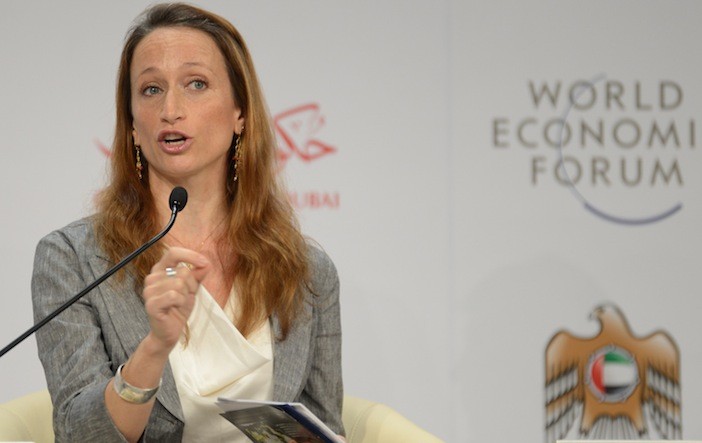 Céline Cousteau, the daughter of ocean explorer Jean-Michel Cousteau and granddaughter of legendary explorer and filmmaker Jacques Cousteau, is an adventurer in her own right.

An explorer both above and below the sea, she is constantly traversing the world, taking part in new experiences and sharing her love of the Earth with people around the globe. Her role in the Ocean Futures Society has helped draw the organization recognition in Europe and raise awareness for the Cousteau mission of protecting the sea and its treasures.

As the founder and executive director of the non-profit organization CauseCentric Productions, she collaborates with other non-profits and individuals to increase their worldwide exposure by creating short documentaries about their work. Cousteau has also worked as field producer, on-camera presenter, and photographer on numerous TV documentaries, including PBS’s Jean-Michel Cousteau: Ocean Adventures, CBS’s Mind of a Demon, and the Discovery Channel’s Mysteries of the Shark Coast. She also co-hosted a 12-part documentary series produced by the Chilean-based NuevoEspacio Producciones, called Oceano: Chile Frente al Mar.

Céline Cousteau believes that we all inherit part of the Cousteau legacy, in that we can all be protectors of this fragile world. As one of the premier environmental speakers in the industry, Cousteau brings wit, wisdom, and insight, showing all audiences why the Earth and its unique ecosystems deserve every citizen’s respect and attention.

Environmental speaker Céline Cousteau travels the world, studying the intersection of nature and culture. From the jungles of the Amazon to remote islands near the Arctic, people have always maintained strong connections with the world around them. Cousteau reveals how our cultures and the plants and animals that surround us are all interconnected, showing that protection of the environment is also protection for our diverse cultures.

Explorer Céline Cousteau tells stories from her many explorations forging her own trail on unique solo expeditions. Sharing her unique personal photographs, she captivates audiences with her incredible voyages into the deep.

Nonprofit organizations are integral to the continued success of exploration, science, and discovery. Working with several major nonprofits, including the Nature Conservancy and Amazon Promise, has made professional speaker Céline Cousteau’s projects – and making a difference – possible. Emphasizing the importance of nonprofit organizations, Cousteau demonstrates how they do good around the world.

Scientific research and exploration are typically considered a male field. Céline Cousteau has broken ground and become a successful explorer both above and below the sea. She shares stories of her groundbreaking career, encouraging women to find their passion and stick with to it, regardless of the obstacles in their way.

Céline Cousteau 'This message to let you know that everything went very well this morning with Céline! We were delighted to welcome Céline at Dior, and already received great feedback from the participants. Thanks once again for your help bringing this project to life!' Parfums Christian Dior - Virtual Managers Meeting, March 2021
5 / 5
Céline Cousteau "She did a great job and had an excellent program. She's very professional, well spoken and great to work with."North Central Michigan College
5 / 5