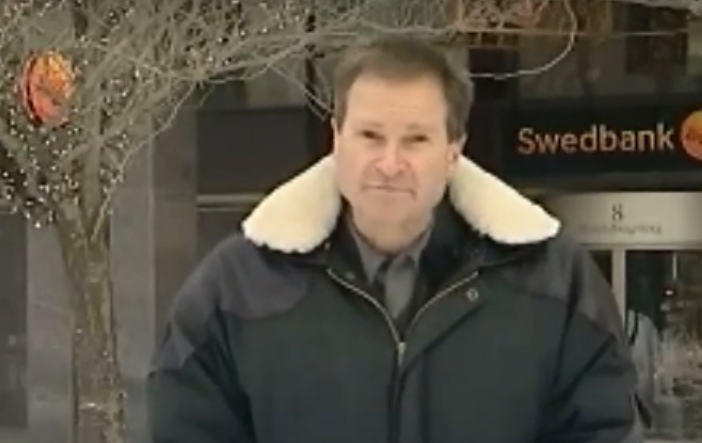 A Franco-American journalist and media expert with over 30 years’ reporting experience, Chris Burns has cover news over vast areas of the globe. These include the United States, Central Asia, and the Middle East.

During the course of his career, Chris Burns has covered various topics like armed conflicts, election battles, financial crises, natural and human disasters, and film festivals. His time spent at Euronews has seen him travel to all corners of the world shooting magazines as well as hosting the television talk show ‘The Network’.

As a Bloomberg TV reporter, he was based in both Brussels, Belgium, and Berlin, German. While a CNN correspondent, Chris Burns was based in German and the White House, Washington DC. His career has also seen him report for the Associated Press from Paris, France, as well as New York and Nashville in the US.

Besides his career in journalism, he is also a well-known media consultant, media trainer, and video producer who has moderated panels the world over. Amongst these, he includes the World Economic Forum, OECD, OSCE, the United Nations, World Bank, and numerous EU institutions.

Regarding his educational background, Chris Burns graduated in political economy at the University of California, Berkeley, and did his post-grad studies in Europe.

As a moderator, Chris Burns has moderated a wide range of events, including technology. His style is that of an engaging yet lively stalk-show format. A dual US-French national, he is based in Brussels and speaks English, French, German, Spanish, and Italian.

Chris Burns “I first worked with Chris on general news projects when we both journalists at The Associated Press. He in Paris, I in Brussels. More recently, I worked with him on super yacht sector videos in the Netherlands and France. A newcomer to the industry, Chris plunged into the yachting sector like a duck takes to water. His ability to immerse into unknown territory and come is a great asset. Chris is a well-rounded, personable and driven journalist with a keen interest in many issues. His writing, video, media skills and event hosting projects benefit from his many years at high-pressure news and communications outfits such as AP, CNN and Bloomberg. I’m impressed by Chris’ communications and language skills as well as the enthusiasm with which he plunges into assignments.” Robert Wielaard, Freelance Journalist
5 / 5
Chris Burns “Great working with Chris on this year’s World Food Day, during which he brilliantly moderated a high-level event revolving around the need for food system transformation. I have appreciated not only his nice, friendly presence and sharp and clever questions to trigger the discussions, but also his vast knowledge on the topic of agriculture, food and the surrounding politics and societal challenges. Finally, and not unimportantly, his unlimited patience addressing our requests (there were many) to make changes to the amazing video interviews he did! Would definitely recommend and work with Chris again!” Raymond Gemen, Senior Manager - Food & Health Science at European Food Information Council (EUFIC)
5 / 5
Chris Burns “I’ve worked with Chris Burns twice as a moderator including most recently during a large ministerial conference. His moderation skills are excellent and were key to the success of the event. His understanding of the expectations and his ability to trigger a meaningful dialogue and interact with the audience while staying on track and on time are all excellent. Also extremely nice to work with and very professional. I can only recommend Chris 100%. Do not hesitate to contact me for further feedback.”Zoé Druilhe, External relations officer, FAO (United Nations)
5 / 5
Chris Burns “Chris moderated an internal workshop we recently held on Solvay. Besides being a very pleasant person to work with, Chris is punctual, professional and reliable. He also proactively provided very useful and nice idea that made the workshop very interactive and entertaining.”Alessia Calabrese, Corporate Government & Public Affairs at Solvay
5 / 5