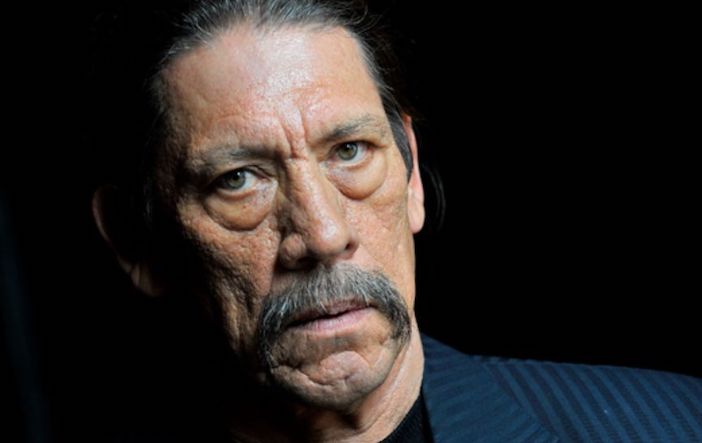 Although Danny Trejo’s rise to fame has been a spectacular one, the actor and businessman’s start in life was not a promising one. In fact, his life very much mirrored that of so many of the ‘bad guys’ he has portrayed throughout his film career.

Danny’s acting career began quite by accident. The star, who as a youth and young adult had found himself incarcerated due to illegal activities, decided to change his life around while still in prison. After his release, he spent a number of years working as a drug counselor. When asked for help by one of those he frequently counseled, Danny went to the movie set to talk to him. Once there, he was offered the job of coaching one of the lead actors as he had been a boxing champion in prison and was summarily offered a small role. The dies were cast and Danny Trejo’s acting career took off.

From this humble beginning, Danny’s list of roles grew, seeing him in such films as Heat, Desperado. From Dusk Till Dawn, Once Upon a Time in Mexico, and Grindhouse, amongst many others. It was his appearance in the latter that led to a spin-off film starring Danny, namely Machete, in which he plays the role of an ‘ex-federale’ who just so happens to have a gift for wielding a blade. The success of this film resulted in a sequel as well as him co-starring in various box office hits with amongst such Hollywood stars as Danny Glover and Ray Liotta.

Danny’s acting is, however, not limited only to the film industry. He has also starred in a number of successful television series such as Sons of Anarchy, King of the Hill, and the Dusk Till Dawn series. He has also lent his voice to a number of animated characters.

Danny has, besides his successful acting career, become a successful entrepreneur as owner of a number of diverse restaurants.

Danny Trejo firmly believes in living his truth and doing ‘good’ for others. As he so bluntly puts it, “Everything good that has happened to me is a direct result of helping someone else.” He thus regularly talks at Alcoholics Anonymous and Narcotics Anonymous functions and has been sober for over 46 years.
Imminently funny yet down to earth, as a speaker Danny’s message is from the heart, identifying with his audiences on a subliminal level. He speaks his truth with no holds barred and cuts to the heart of things without apology.

Danny Trejo “Well, Danny did not disappoint, he shined, he had us in tears from laughter, he had us in tears from some very tough times, but most of all, he had us in the palm of his hand, ‘our’ favorite uncle, sharing his stories, his warmth, his true love of life, family and us, his friends. Before you know it, our time was up and we were all left wanting more, more laughs, more inspirations, just more time with our friend. It was an amazing evening, my girls and I left the auditorium inspired and truly appreciating this man for not just entertaining us, but for being the human being he has become on his journey through life.” Erik Shaw
5 / 5
Danny Trejo “The path from the hard-as-nails penitentiary to the Hollywood premiere runs long and tough, and not many make it. Trejo's never looked back since.” John Patterson, The Guardian
5 / 5