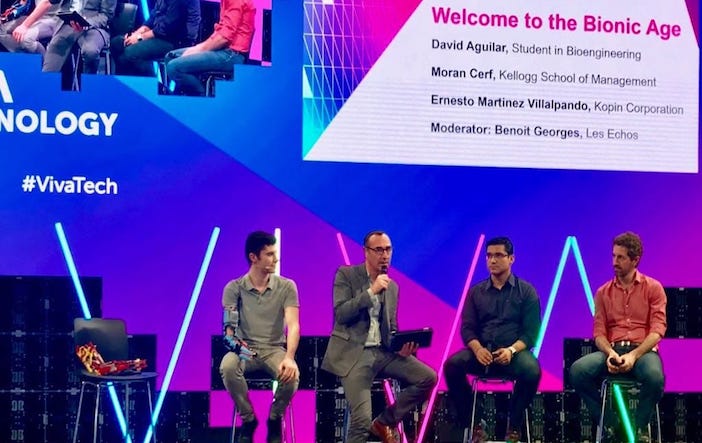 David Aguilar Amphoux was born with Poland syndrome. This rare genetic condition is characterised by the absence of chest wall muscle on the one side of the body and abnormally short fingers. In David’s case, the condition saw him born not only with a lack of his pectoral muscle but without a right forearm as well. David, however, never saw his condition as a disability, and since the age of nine, has experimented with LEGO in order to make his own prosthetics.

As a child, David was often the subject of bullying and insults. As a result, he took refuge in his bedroom, playing with his sea of LEGO bricks where he created his own world and playing around with ideas to create his own prosthetic arm. His first attempt, at age nine, was not successful. Discouraged, he stopped trying, although he still kept on with his LEGO creations. The result was David finding his passion for inventing and engineering.

Fast forward to ten years later, when, in 2017, David who was then 18 years old, showed his first functional LEGO arm on YouTube. The result was international media coverage, something he never expected. This particular prosthetic was made from a LEGO helicopter kit. The project took him only five days to complete and included an elbow and gripper on the end. The prosthetic attached to his arm was strong enough for him to do pushups. It was not able to lift heavy objects, however.

Determined to do better, David Aguilar Amphoux went on to build his second imminently successful LEGO prosthetic dubbed the Mark ll. This time, he used the blocks of a LEGO jet kit. The extra components in this kit allowed him to build a prosthetic arm that was smoother in appearance, while the motor included gave strength to the arm’s grip. David once again showed his effort on YouTube. The video went viral.

David’s success has inspired him to keep on building. He has also enrolled at a university where he is currently studying for his degree in bioengineering.

Although David Aguilar Amphoux could not have foreseen the success of his two inventions, the media impact gave him the opportunity to talk at one of Europe’s most important technology conventions in Europe in 2018. His session, titled “The Bionic Age”, saw him imminently successful as a speaker.

David Aguilar Amphoux “I would like to recommend David for his: - attitude - he is person who never give up - passion - he likes to change thinks rather than stay in the corner - role model aproach - he is a great example for people with handicap - LEGO promotion - he shows that LEGO is not only toy and help us with our mission to ‘Inspire and develop builders of tomorrow’.” Jan Závora, HR Director
5 / 5