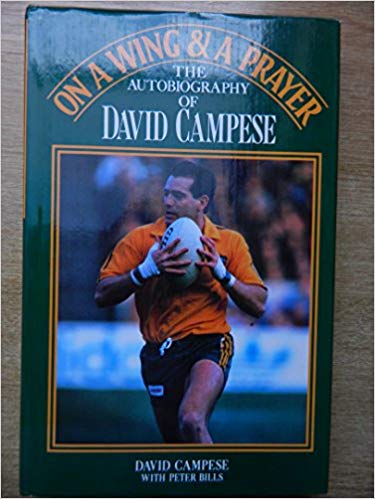 Although officially retired from the game in 1996, David Campese, with 101 test matches under his belt, is still a rugby force to be reckoned with! Not only did he represent New South Wales for eleven years and represent Australia for fifteen, but also holds the record for the most tries in a test match. David is also the first man in Australian history to play 101 test matches for his country, and one of out of only five players worldwide to have played over 100 games for their particular country. His first cap was earned in 1982 against New Zealand.

David Campese, during his career, has also played in three Rugby World Cups and was one of the members of Australia’s winning 1991 side. To top it off, David was named Player of the Tournament. In 1996, however, David retired from his international career. His last match was played against Wales at Cardiff Arms Park.

In 2003, David Campese was honoured at an official ceremony held at the Houses of Parliament in London for being one of only three players in rugby history to play more than 100 international matches for their country. This number has since increased to five. Other awards garnered since his retirement from rugby include being made an AM of Australia, the Rugby Centurions Award, and inductions into the Australian Rugby Hall of Fame in 2007 and the International Rugby Hall of Fame in 2013, amongst numerous others. The latter is undoubtedly the ultimate accolade in any rugby player’s career.

But retirement did not mean the end of David Campese and his love of rugby. He has, since then, become a much sought-after speaker and coach and well-received author of six books.  David is also a regular contributor to numerous publications, including a six-year stint as a weekly contributor to Sydney’s ‘Daily Telegraph’. He has also launched the David Campese Rugby Academy which allows clubs, schools, and organisations to access David’s rugby coaching skill set and to meet and learn from one of the worlds’ greatest rugby players.

On a more recent note, David Campese who now lives in the UK closely works with Scotland’s Bill McLaren Foundation, offering his time in supporting the foundations of Rugby worldwide. He also works closely with the South African Legends Association and is an Ambassador for the Hong Kong 7’s Rugby Union.

His incredible achievements on the international Rugby stage, coupled with his controversial, straight-talking personality, has positioned David Campese as one of the worlds most sought-after speakers on the International Rugby Speaking Circuit. He has traveled the world as a guest speaker for numerous organisations, tapping into his life story and successes. 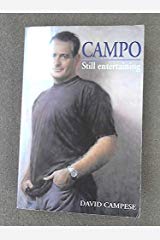 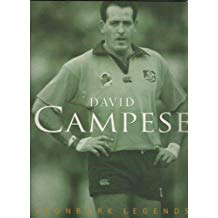