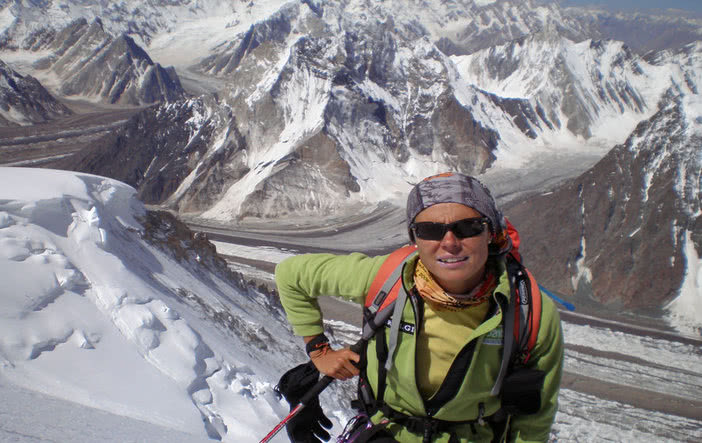 Edurne Pasaban is a mountaineer, businesswoman, consultant, and executive coach, who started out as an engineer in the family business. It was her talent for rock climbing, however, that earned her fame, resulting in her becoming the first woman ever to conquer 14 peaks higher than eight thousand meters in height. This feat took her beyond the Basque Country and Pyrenees, seeing her scale the likes of Everest, K2, Dhaulagiri, and Manaslu, amongst others.

Her descent from K2 turned into a nightmare, with Edurne landing up in hospital missing two of her toes. This climb was accompanied by a team from Spain’s national television, TVE.

These days Edurne combines her sporting and business careers. She is a speaker for sports, cultural, and educational organisations. Besides her initial degree in engineering, she has completed a Senior Executive Program and a Masters in Human Resources from the ESADE Business School, Barcelona. She has also achieved a master in Executive Coaching and Management at the IE Business School in Madrid.

The owner of a small rural hotel and restaurant in the Basque Country, Edurne works on consultancy and executive coaching projects in human resources and management. She is also an associate professor at the IE Business School in Madrid. NEWSWEEK has deemed her one of the world’s 150 most influential women.

In 2010, Edurne founded Edurne Pasaban Mountaineers for the Himalayas. The foundation’s aim is to give back to the people of the Himalayas for the aid and friendship they have, over the years, given to mountaineers. The main focus of the foundation is education, as the foundation believes that basic education is the best way of reaching economic, cultural, social, and political progress in that area.

Her life goes beyond what she has learned in the mountains. Her life is a story of personal and professional improvement in which she understood what courage, motivation and nonconformity really mean

Edurne writes about her life and experiences in her book, “Tilting at Mountains: Love, Tragedy, and Triumph on the World’s Highest Peaks”.

As a speaker, Edurne shares her experiences, while at the same time offering a personal analysis applicable to any activities that demand a high level of performance as well as team management.

“Everything I have learned achieving my dreams and overcoming my challenges makes more sense if I can share it with others.” – Edurne Pasaban

Edurne Pasaban "I wanted to email you properly! Edurne was GREAT!!! Loved her keynote, and loved her as a person!! She had a great impact on many of whom I spoke to, who said she was very raw, very real, very emotionally wow and her story was meaningful! She was a great end to day 1! I was hoping to share some specific feedback from our survey with you however I haven't got all that in yet. I will share some once I have it on hand. From my specifc team, we were all discussing and all felt, her messages/keynote/story is so powerful... Thank you for all your efforts and your hard work in making Edurne happen - I still remember having that phone conversation with you and you know what, it was all worth it, she landed well and we really hit the diversity element of not having another American/English speaker. Please do pass my thanks to Edurne and let her know how thrilled we were to meet her and have her join us! She is a true inspiration!! It was a pleasure working with you and Edurne!" Salesforce.com European Sales Kick Off, Madrid July 2018 by Promotivate
5 / 5
Edurne Pasaban She was fantastic. The roundtable “Managing Teams in Times of Crisis” in which she took part, was of great interest thanks to testimonies such as that from Edurne. With her experiences she kept the attendees enthralled and generated ideas for reflection and for improving efficiency in this field” Vicente Marcos Garcia Director General if Intrama
5 / 5
Edurne Pasaban “The most obvious things are often the most difficult to explain. Edurne managed to convey the principles of management through her own experience. One year later, these concepts sleep being used as a springboard for improvement and enthusiasm at all levels of the company” Fernando Alvarez Anton Director General of Beijer REF
5 / 5 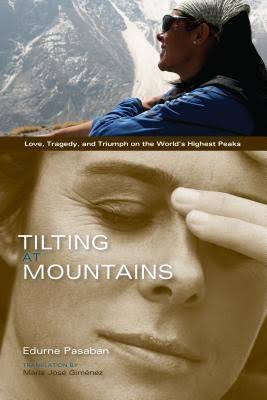