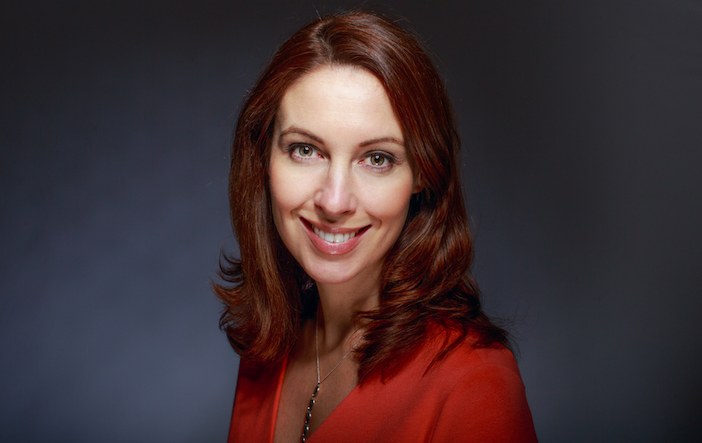 Emma Crosby is one of the UK’s most experienced and best-known television journalists. `She is currently presenting on Sky News.

Emma has been the anchor on ‘5 News’ between 2011-15 and co-hosted the popular ITV breakfast show GMTV. Between 2003-2008 she presented on Sky News where her coverage of the Glasgow Airport terror attack earned her and her team a BAFTA for best news coverage.

Emma started her career as a business presenter at CNBC, broadcasting out of London and New York, and later was Sky News’ business presenter during the 2008 financial crisis. Emma’s passion is travel writing and she is a proud ambassador for the charities SOS Villages, RSPCA and Kicks Count.

Alongside Emma’s broadcasting career, Emma is an experienced conference host, moderator and awards presenter. Emma has worked with a wide range of businesses from multinationals to SME’s and trade associations; helping them deliver fantastic events. Clients come from the world of banking, retail, pharmaceuticals, telecoms, media, technology, construction, services, manufacturing, events and charities.

With Emma’s background in financial journalism, she takes real pleasure in working with companies to understand their business and their goals for the event. And, after spending years anchoring TV news she is well equipped to handle anything that gets thrown her way and get the best out of speakers joining her on stage.

Emma Crosby "Emma is so easy and brilliant to work with, with help in production, she accepted last-minute changes and helped us achieve brilliant sessions with our virtual team of salespeople around the world Our leadership team was amazed by Emma's level of detail and knowledge of our business and what we do, knowing more about that some of our own people. Most importantly she was also technically excellent pronouncing our complicated products perfectly. She also had the ability to ask questions which anyone outside of our sector would need to have spent time preparing and researching. The management discussed Emma's inclusion and agreed it was like 'having Emma as our own Sky news presenter' and look forward to bringing her back to host and moderate our two-day client partners event in April."Allianz Healthcare Worldwide Global Sales Team Virtual Summit 2021
5 / 5
Emma Crosby “Thanks a million for your participation in Nu Skin LIVE. You truly took our event to the level we wanted, and we are all very happy about the results. It was a real pleasure working with you, and I hope we will have an opportunity to do so again on another occasion.” - Veronica Jensen, Events Manager Nu Skin Live, Copenhagen, Oct 2018 by Promotivate
5 / 5
Emma Crosby "It was a true pleasure to spend a few days with you and even if I knew that we were in good hands, to witness how you controlled the flow of the event was really impressive!! Multitasking on steroids... The whole team loved working with you and we have also received so many positive messages from our Brand Representatives. So, we will definitely stay on touch for future events." Nu Skin Live, Copenhagen. Mikael Linder, President EMEA Nu Skin. Oct 2018 by Promotivate Speakers
5 / 5
Emma Crosby "Emma - huge thanks from all of us for being our World Congress MC! You were a most charming, excellent host. We are so glad you were part of our best World Congress and you contributed to make that happen as MC plays such an important part. We certainly will have you in mind for our future events and I am sure many others too." Tamuna Gabilaia. Executive Director, World Federation Direct Sellers Association, Congress, Paris, October 2017
5 / 5
Emma Crosby “Emma was the consummate professional at our recent Structural Steel Design Awards event. Calm, confident and able to control proceedings throughout, Emma was all you would expect of a knowledgeable journalist, broadcaster and experienced host. Yet she also took time after the formal proceedings to talk to and have photos with our guests, showing a genuine interest in their work. Repeat business is a good indication of client satisfaction - this was the fourth consecutive year that Emma has hosted our awards and we’ll certainly be considering Emma again for our 2017 event.” Chris Dolling: Manager, Marketing and Technical Development, The British Constructional Steelwork Association Ltd.
5 / 5
Emma Crosby “We were really impressed with Emma - she was really thorough and that was reassuring for us. It was a nice touch that she wanted to know in detail about the speakers and content in advance and that she contributed to the script - it felt as if she cared for our event and wanted it to be a success for us. Emma had good ideas too - for instance, she suggested speaking to speakers ahead of their sessions on the day too, so there were no pitfalls. Very well prepared and professional. Emma was punctual throughout the event and really lovely to deal with. Nothing diva-ish about her - she is warm, personable, approachable and 'normal'. I would absolutely recommend her to others and would be glad to work with her again”. Association of Event Organisers Conference
5 / 5
Emma Crosby “Emma hosted the WealthBriefing European Awards 2015 at the Guildhall before an elite audience drawn from the City of London’s financial community. The event, venue and audience required a host with fathomless composure, assured presence, calm determination and supreme adaptability. Emma offered these qualities in abundance and her nerveless performance was a major contributor to the evening’s success. We are delighted to have secured her services again for 2017” Nicholas Boole, The Beehive Partnership for Clearview Financial Media.
5 / 5