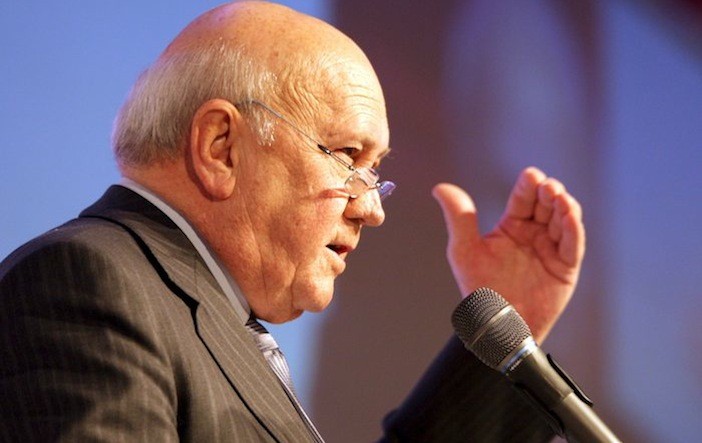 FW de Klerk served as President of South Africa from 1989 to 1994 and was instrumental in dismantling that country’s century-old system of apartheid, despite often violent resistance from the country’s white leadership and populace.

Under de Klerk’s leadership, Nelson Mandela was released from prison, and the formerly banned African National Congress was legalised. Both FW de Klerk and Nelson Mandela were jointly awarded the Nobel Peace Prize in 1993.

de Klerk currently leads The Global Leadership Foundation, a group of former heads-of-state who assist current world leaders by offering impartial advice on a variety issues based on their own personal experience.

FW de Klerk "I have heard many heads-of-state and his was, by far, the most heart felt, honest and meaningful of them all. He had five standing ovations and I have had dozens of requests...asking for a copy of his speech"Salisbury University
5 / 5

The costs and benefits of economic globalisation which includes the EU