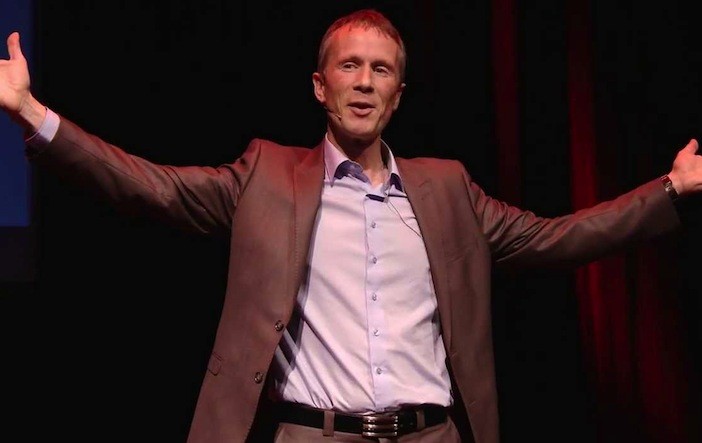 At 42 years old Gerry Duffy decided to take on a two year ambition with close friend Ken Whitelaw to run a marathon in every one of Ireland’s 32 counties in 32 days.

The event took 2 full years of training for and the task was harder given they had set a target of raising over €100,000 for charity. The challenge featured across Ireland’s media and many runners joined them completing marathons with them on each of the 32 stages. They successfully completed the challenge and raised over €1/2 million.

‘Make the impossible possible, whatever that is to you and whatever it is you want to achieve’ – Gerry Duffy

Not satisfied a year later in 2011 Gerry wanted to test himself and his body limits further  by signing up for one of the world’s toughest physical challenges the DECA Enduroman. Only 19 people entered this ludicrously difficult event which requires competitors to complete an ironman distance triathlon every day for 10 consecutive days.  Whereas a year earlier he had completed a marathon every day this required the addition of a 3.8km swim and a 190km cycle each day on top of running a marathon.

He won the DECA outright by over 22 hours with only 3 people actually completing it. For the previous 10 days he had averaged 16 hours of endurance each day. In total he swam 38km’s, cycled 1,800km’s and ran 420km’s a gruesome triumph that tested his resilience and mental toughness to the limits. It is with these major achievements as his background that Gerry is able to inspire others to seek out challenges that are relevant to their own personal environments.

He is in high demand as a motivational speaker and travels from Ireland to the UK, Europe and around the world delivering talks and presentations on topics covering theories on ‘goal setting’ and the importance of having a ‘can do ‘attitude. His presentations range from one hour sessions to full day seminars.

Companies who have highly ambitious goals for senior management and employees are his forte.

Gerry delivers invaluable content in a straightforward and captivating manner, resulting in an inspired and motivated audience.  He has spoken to major multi-nationals that include; Facebook, Google, Microsoft, Oracle and Bank of America.

Nothing is Impossible: Goal-Setting and its value.
Your Vision: Start with the result – what do you want to achieve?
Personal Leadership: How we can all tap into our superhuman ability. What’s your Why?
Detailed Planning: Big things consist of small things. (Small things make the biggest difference.)
Mind-set: The power of proper perspective and relentless focus.

Gerry has written two books that have made the best seller lists. His latest book ‘Tick, Tock, Ten’ which describes his undertaking and winning of the DECA Enduroman was shortlisted for Irish Sports Book Of The Year in 2013.

It is a compelling blood, sweat and tears account of competing in one of the toughest sporting endurance challenges in the world. The book offers an incredible insight into what the competitors went through as they came back day after day to complete the challenge. It is a book about challenging oneself to achieve ones ultimate potential. It is also a book about life and about living outside the comfort zone. Tick, Tock ,Ten‘ is aimed at runners, triathletes and sports people across the board.

‘Who Dares Runs’ was published in 2011 and was a major success for Gerry.  This book narrates how he faced his fears and burst through comfort zones; from weight loss to giving up smoking as well as overcoming a pathological fear of public speaking. It narrates his sizeable jump from his first sprint triathlon and marathon to Ironman triathlons and beyond. It culminates with the success of running 32 marathons in just 32 days and offers readers an insight into that very unique sporting experience.

Gerry Duffy 'Gerry delivery style is warm, genuine and above all humble. He has a rare talent to make extraordinary achievements sound very ordinary and within the grasp of anyone who implements the ‘Ultimate Success’ formula. The entire team got a huge amount from the presentation and the energy in the room after he left was amazing.'Nigel Monaghan, Head of Sales, STANDARD LIFE
5 / 5
Gerry Duffy ‘Gerry delivered a keynote for one of our partner events. He has a fascinating personal story which had great parallels to the business world.  His drive and determination in the face of adversity was amazing and I was personally in awe at all he has achieved.  Everyone in the room took a nugget away.’Cathriona Hallaghan MD Microsoft Ireland
5 / 5