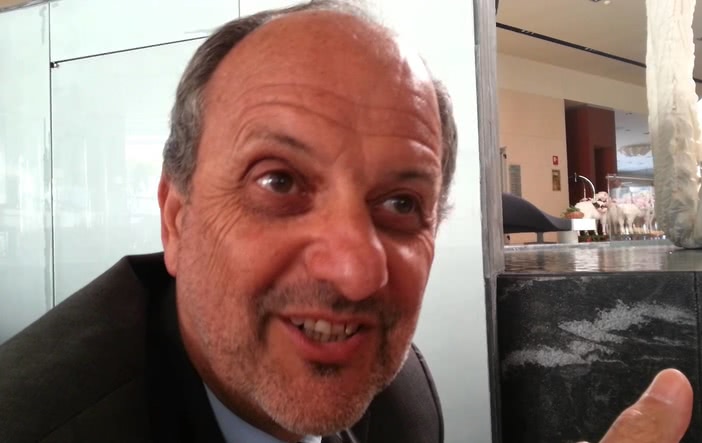 Guido Tonelli is an Italian particle physicist who was instrumental in discovering the Higgs boson, which is sometimes referred to as the ‘God particle’. This particle has been calculated to be the exact mass to keep the universe on the brink of instability, with the Higgs field itself emerging at the point at which the universe was created and that has since then acted as its own energy source.

Born in Casola, Lunigiana in Italy, Guido received his physics degree at the University of Pisa, becoming a professor at the same establishment in 1992. From 1976 onwards, he not only worked in the field of high energy physics but participated in various CERN experiments. Amongst his numerous contributions, Guido counts the first precision measurements of the lifetime of charmed mesons, the search for the Higgs boson, the precise measurements of a charmed mesons lifetime, and numerous others.

His research since 1990, however, has seen him focus on the Compact Muon Solenoid (CMS) experiment, focusing on the idea of a central tracker fully based on semiconductor devices. His stint there has seen him elected as the CMS spokesperson for 2010 and 2011.

The end of 2011 saw Guido Tonelli, together with Fabiola Gianotti, the ATLAS spokesperson, present the first evidence of the presence of the Higgs boson mass. Most of his research after that was focused on further information about this particle, with 2013 culminating with the confirmation of all observations being consistent with the hypothesis pertaining to the Standard Model Higgs boson.

Guido’s work has seen him the recipient of numerous honours and awards. In 2012, for example, he was awarded the Commendatore of the order of Merits of the Italian Republic for his contribution to the discovery of a new Higgs-like particle. The same year saw him the recipient of the Special Fundamental Physics Prize, followed by the Enrico Fermi Prize of the Italian Physics Society and awarded the highest honors of the City of Pisa in 2013 and 2014 respectively. He was also awarded the Silver Tower and the Medal of Honor of the President of the Republic in 2014. The motivation for the latter two was his role as key protagonist in the discovery of the Higgs boson that led to Francois Englert and Peter Higgs receiving the 2013 Nobel Prize in physics.

Guido is a prolific writer who has been published in various scientific journals as well as the author of “The imperfect birth of things. The great race to discover God’s particle and the new physics which will change the World” and popular science books for the general audience.

As a speaker, Guido Tonelli has addressed various audiences and groups, counting amongst his clients the likes of Ferrari, Abbvie, and BBT, amongst others.