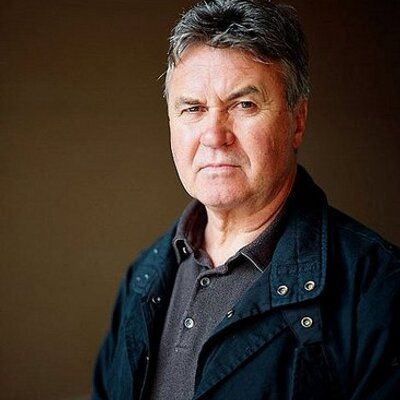 Although Guus Hiddink was a football player of note, playing for De Graafschap, PSV, San Jose Earthquakes, Washington Diplomats, and NEC, he is more well-known as one of the world’s best football managers.

Guus started out as a manager for PSV Eindhoven in 1987, with the club winning the European Cup a year later. His contributions saw Real Madrid win the Intercontinental Cup in 1998. This was followed by Chelsea’s win of the FA Cup (2009). Hiddink has also managed Fenerbahce, Valencia, and Betis Sevilla.

His fame as a national team coach was solidified in 1998 when he took Holland, and in 2002 upon taking Korea to the FIFA World Cup semifinals. Although Korea had previously not won any games in their previous World Cup appearances, under his influence they managed to beat Poland, Portugal, Italy, and Spain.

Three years later, in 2005, Guus Hiddink led Australia to their first World Cup final in 32 years, seeing them go on to their best-ever finish in the FIFA World Cup the following year.

He was also instrumental in taking Russia to the EURO 2008 semi-finals, seeing the team win the quarter-final against Hiddink’s home country Holland.

In February 2009, while still managing Russia, Hiddink was appointed interim manager of English Premier League club Chelsea.  They won the FA Cup, and finished higher in the league. Russia failed to qualify for the 2010 World Cup, and Hiddink resigned as their manager. He returned to Turkey as Turkish national team manager preparing for Euro 2012. In February 2012, Hiddink made a successful return to club management, taking charge of Russian side Anzhi Makhachkala.

Following the 2014 FIFA World Cup, Hiddink succeeded Louis van Gaal as Dutch national team manager, his second time in charge of his home nation to qualify for Euro 2016. Following this, nearly six years after his previous departure from Chelsea, Hiddink was again appointed interim manager in December 2015 following the sacking of José Mourinho.

Hiddink enjoyed a successful return to Chelsea and departed at the end of the season. In 2018 he became the manager of China’s U21 and U23 national sides.

Besides his coaching and speaking engagements, Guus Hiddink is also an Honorary Ambassador for the World Football Academy, where he advises on various football-related matters concerning the content and quality of contemporary training methods. As a coach of note, Guus is an expert when it comes to team building, collaboration, motivation, and inspiration, all of which are qualities necessary for effective management and getting the best out of your players – or business team.