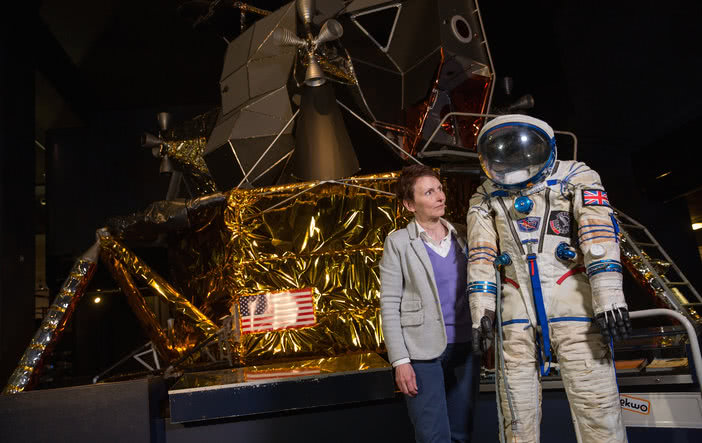 Helen Sharman OBE blasted off into space on a Russian Soyuz in May 1991. She was Britain’s first astronaut in space, and spent a total of eight days orbiting the earth on the MIR Space Station. She was 28 years old at the time and the first woman to visit the MIR space station.

Helen was one of two Britons selected for astronaut training out of about thirteen thousand applicants. Although she was unsure of her chances of being selected, she made the grade due to her calm, friendly, practical personality, her professional demeanor, and the fact she was an exceptional team player.

“I was lucky enough to hear Helen speak at the recent UK Space Conference in Liverpool. She was a superb presenter – lively, engaging, humorous, honest and insightful – and gave the audience an inside perspective on her selection and mission to the Mir space station.” – Richard Hollingham, Science and Space Journalist

Helen underwent rigorous training in preparation, including launch and landing training and learning Russian in order to be able to communicate with her fellow team members during the experience.

Besides carrying out certain operations during the launch, Helen carried out various medical, agricultural and medical experiments while in space as well as conducting material testing. She also stayed in contact with British school students via an amateur radio link. Someone very vested in education, Helen took some seeds with her into space intended for a UK-wide school experiment investigating the effects of space travel on seeds.

“We should push forward not only our own individual boundaries but also the boundaries of what humans believe is possible. People are the biggest limitations in our own lives. There’s a huge amount we can do and we should make the best use of our lives for the benefit of the world.” – Helen Sharman CMG OBE

After completing her studies in Chemistry at the University of Sheffield and a doctorate from Birbeck College, London, Helen started out her career in industry working in the field of research and development. Her return from space, however, saw Helen Sharman spend a number of years presenting and speaking on radio and television and presenting to diverse audiences and events. She also organized numerous science events during this time.

On a more recent note, Helen became associated with the National Physical Laboratory in Teddington and the Kingston University London. She is currently the Operations Manager for the Chemistry Department at Imperial College London.

The full-time scientist and pioneer was awarded the OBE in 1993 and is a role model and inspiration for young and old, no matter their gender.

Helen Sharman regularly speaks at corporate, public, academic, public, and school events on a global scale. Helen tailors her talks to fit her audience, incorporating her management experience, and training into her topics.

“Both the subject and style of delivery were exactly right for our audience and the emphasis you gave to training fitted your talk perfectly to this occasion. Thank you for your contribution to a very successful evening.” – AEA Technology

Helen Sharman “Thank you for your brilliant contribution to the Australian Tourist Commission conference. Your part in this Conference was undoubtedly the highlight for everyone present. You really achieved our objectives of motivation and of showing our staff how they too can make a difference. Feedback has been of the highest praise for you. Guests were extremely impressed at how you had taken the time to understand the objectives and integrated the conference theme into your talk.”Original Concept Marketing, UK
5 / 5
Helen Sharman “I must write to reiterate my thanks for a truly thought-provoking and inspiring presentation. You covered precisely the ground that I hoped you would, with numerous very relevant messages for us – not being afraid to ask for help when we need it, the adaptability to change, trusting technology, sharing unpleasant tasks, and all members of the team contributing what they can. You brought home the concept that energy and commitment are essential ingredients to success, in your own inimitable style. I have had extremely positive feedback. The silence in the room whilst you were speaking and the level of interest in the questions afterwards both demonstrate that you commanded everyone’s complete attention! It was great to have you as our guest speaker. Again, many thanks.”Ernst & Young, Leicester, UK
5 / 5 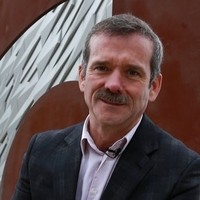