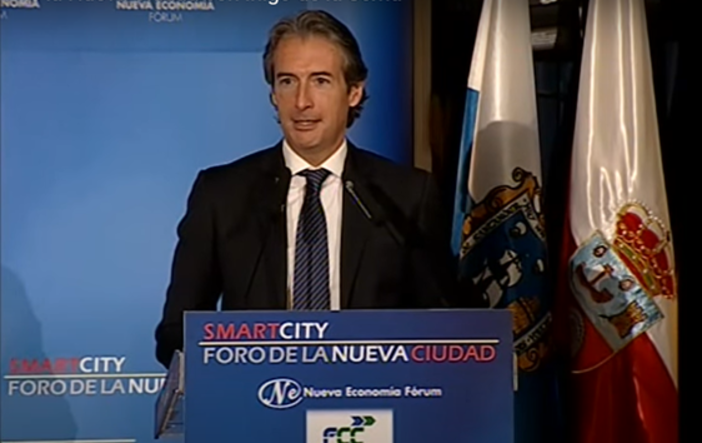 Iñigo de la Serna, an experienced Spanish politician, served as the country’s Minister of Transport and Public Works from 2016-2018. Before this, he took on the role of Santander Mayor and served as a member of several international bodies and organisations. He managed to merge his professional engineer as a Civil Engineer with public service. His main focus was the improvement of Spain’s infrastructure.

Serving as the Santander Mayor for two terms he developed an interest in the development of cities and their relevance in terms of country and regional development. This interest was further flamed when Iñigo de la Serna became the President of the Spanish Federation of Municipalities and Provinces. He became eager to promote further cooperation between the private and public sectors regarding the development of sustainable, modern cities. This led to his founding of the Spanish Network of small Cities where he held the presidency for four years.

On an international level, Iñigo de la Serna held the Presidency of the Council of European Municipalities and Regions and has been a member of several international organisations. He has taken on the roles of Councilor for the Environment, Water, and Beaches, and that of Director of the Cabinet of the Minister of Environmental and Territorial Planning of the Cantabrian Government. He was also a deputy Cantabrian Parliament in two legislatures.

Before embarking on his political career, Iñigo de la Serna worked in the private sector. He gained his degree in civil engineering from the University of Cantabria, he was head of the department of hydraulics at APIA XXI, an engineering consulting company.

As a conference speaker, Iñigo de la Serna shares his expertise on cities and innovation. By combining his experience in politics and as a civil engineer, he addresses areas that include regional development with a focus on smart cities and promotes using infrastructure and technology to raise living standards. He lives in Spain and speaks both Spanish and English.