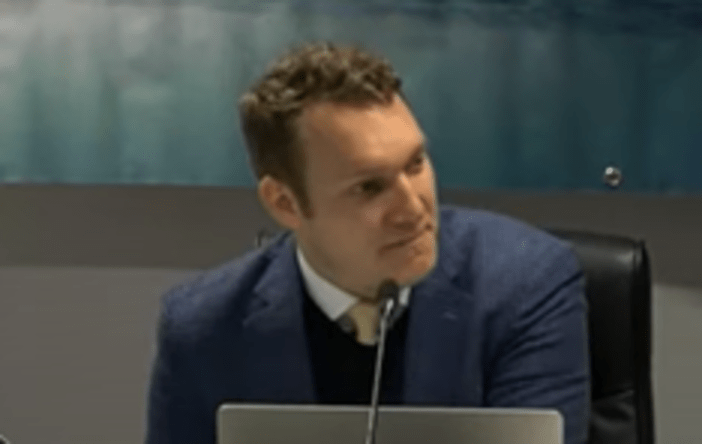 Panel moderator and event host Jack Parrock is a television and radio correspondent. He has extensive broadcasting and live event experience.

But Jack Parrock is not only a news correspondent and presenter. He is also an experienced shooter and editor who frequently films his own material. This puts him at the forefront of Mobile Journalism as he often uses iPhones to shoot his stories.

Jack Parrock specializes in international reporting with a special focus on the EU, NATO, and International Criminal Justice Issues.

With regards to his education, Jack Parrock received a BA in English and German at the University of Liverpool after leaving school. After this, in 2012, he went on to take the Pg Dip Broadcasting Journalism course at the London College of Education. The rest, as they say, is history.

Jack Parrock is an experienced event moderator and host well-versed in a variety of subjects. His specialty, however, includes anything of a political nature. He lives in Belgium and moderates or hosts in English.

His vast experience as an event moderator and host has seen Jack help set the tone for a variety of successful events. He has a great ability in steering topics and seeing they do not veer off course while ensuring a lively, exciting debate.

Jack Parrock “Jack has been an invaluable source of experience and knowledge in the professional discipline and art of mobile journalism. As a trainer, his real life examples and hands-on advice have inspired my team to take up the smartphone as a tool of journalism for live breaking news and feature reporting. I cannot overstate the positive impact Jack has had on building the capacity, versatility and speed of our reporting teams.”Eric Napper, Head, News Operations and Projects at Australian Broadcasting Corporation (ABC)
5 / 5
Jack Parrock "Jack moderated a high-level panel on “Arts as a bridge between Cultures” in the framework of the European Development Days 2019. It was an absolute pleasure preparing this event with him: confident, reactive, bringing ideas. Jack moderated the panel with great efficiency, knowing how to balance interventions, keep a great dynamic and spice up the debates and finding the right tones between high-level officials and artists alike. " Jean Constantinesco, European External Action Service
5 / 5