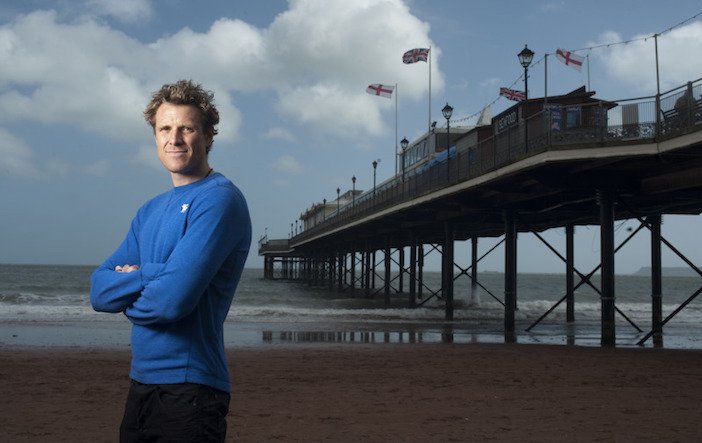 After retiring from competitive rowing in 2006, James Cracknell, together with Ben Fogle, completed the BBC documented The Race Across the Atlantic. The two co-wrote a book on their experience, titled The Crossing: Conquering the Atlantic in the World’s Toughest Rowing Race.

Pairing up with Dr. Ed Coats, they successfully took part in the Amundsen Omega3 South Pole Race. Following this, James wrote Race to the Pole.

Two years later saw James attempt the crossing America by means of cycling, running, rowing and swimming from Los Angeles to New York in a world record time. Whilst cycling through Arizona, James was hit on the head by a petrol tanker passing by at 5.30am on a quiet stretch of the road. His helmet was shattered in two and he suffered an injury to the frontal lobes of his brain. The near fatal accident resulted in a six-month recovery period although he may never recover fully. James and his wife, TV presenter Beverly Turner wrote Touching Distance about James’s life before and after brain injury. James was left with epilepsy, a changed personality and a short temper following the accident. He is a strong advocate of the need for cyclists to wear helmets for safety.

Undaunted, James soon found himself in the Canadian Yukon where he completed The Coldest Race on Earth broadcast on Discovery.

This led to his fronting a series for Discovery entitled World’s Toughest Expeditions in 2012 which saw James Cracknell push himself to the limits. 2013, however, had him pair up with Fogle once more in the BBC documentary Ben & James Versus the Arabian Desert.

2015 saw James in partnership with JML as the Nutriblitzer and Awesome Gym ambassador while facing campaigns for both Karrimor and Biosynergy. At the same time, he starred in a sports-science program, Eternal Glory, that saw him compete against other former athletes.

2016 had James partner with American Express with the focus on uncovering travel adventures and destinations that can be enjoyed by all while making people aware of the available traveling opportunities. The year also saw him announced ambassador for Renault, sporting events featuring the brand throughout the UK, and authoring reports in collaboration with the Policy Exchange.

The BBC and ITV rowing commentator and family man draws on his experiences when speaking, using anecdotes to motivate and draw audiences in.

James Cracknell ‘Amazing speach, we are all still talking about you, thank you’.L & G
5 / 5
James Cracknell ‘Excellent talk, we are now all motivated to face the future’.Barclays
5 / 5

Leading UK Motivational & Inspirational Speaker - Blown Up By A Land Mine