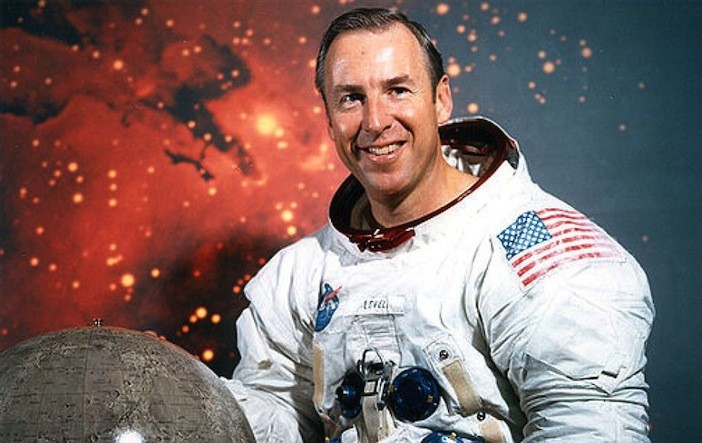 Astronaut Jim Lovell is known globally as the Captain of Apollo 13  and for saying the iconic phrase. “Houston, we have a problem.”

The infamous problem was the explosion of the oxygen system inside the Apollo 13 spacecraft, a malfunction that seemingly doomed the NASA team. Through teamwork and decisive leadership Lovell and his crew modified the lunar module into an effective lifeboat to safely return to Earth. As captain, he was instantly transformed into a national hero, and received the nation’s most distinguished honors including the Congressional Space Medal of Honor and the Presidential Medal of Freedom.

Captain Jim Lovell’s inspirational story is a testament to the essential elements of heroism: a courageous spirit, quick and well-reasoned thinking, meticulous attention to every detail, and the spirit of teamwork that guided him and his crew safely back to Earth. Harkening back to the incredible early days of space exploration and the Apollo program, Lovell applies the “time when we did bold things in space to achieve leadership” to the goals and ambitions of any organisation, proving that even during challenging times, innovation and new heights of leadership can be attained. An unforgettable motivational speaker with an unforgettable story, Lovell inspires his audiences with his valiant and courageous journey.

Inspirational speaker Captain Jim Lovell takes his audience on a journey to the moon, sharing a first hand account of the successful failure of the Apollo 13 mission. Jim Lovell’s presentation incorporates stunning visual footage. The audience will be edge of their seats, as Jim takes them on a journey to the moon, filled with high-tension scrambles and stunning victories.

From a business perspective  Jim shares why crisis management and effective leadership needs to be a part of every business plan.

Jim Lovell "The audience had 'goose bumps' after the Apollo 13 team of Captain Jim Lovell and Gene Kranz described their harrowing day over 30 years ago."American Express
5 / 5
Jim Lovell "Houston we have a problem."Lovell spoke the immortal words....
5 / 5