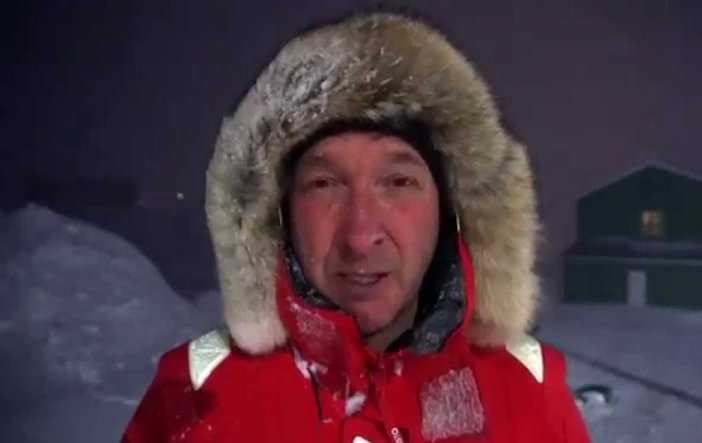 Jim McNeill is an extreme explorer of both the hottest and coldest environments on earth. He has 38 years of experience creating expeditions in all corners of the globe, as well as 33 years’ experience doing Polar expeditions – traveling thousands of miles on skis while dragging all his belongings behind him.

Very few people have his experience in extreme environments. His expertise in this area is largely due to his background before become a professional explorer in 2006. Jim’s pre-exploration background includes the Environmental Science, Military, Commercial, and Fire Service sectors, makes him imminently qualified for his profession.

In his capacity as a professional explorer, Jim McNeill has selected, trained, and led highly successful teams from a number of top-level corporations on high-risk polar expeditions. During this time, he has encountered a number of critical lifesaving situations where his effective leadership skills and teamwork has proven invaluable. His greatest passion, according to Jim, is getting the very best out of both individuals and teams.

Jim founded the ‘Ice Warrior Project’ in 2001. The organisation’s aim is to give ordinary people the opportunity to become polar explorers and achieve extraordinary feats of endurance and endeavor. Ice Warrior gives Jim the opportunity to develop people, discover global change, and to deliver stories to audiences on a global scale. He does the latter in a way understandable to all audiences, enabling them to foster a better understanding of not only the world we live in but on how to survive.

Jim reached international audiences in 2006 when he was ITV News’ ‘Ice Warrior’, reporting on climate change from the Arctic Ocean.  He has also undertaken a number of attempts on reaching the North Pole of Inaccessibility with novices he has trained through the ‘Ice Warrior Project.’

Besides his involvement in the Ice Warrior Project and his numerous expeditions, Jim has a number of other involvements. These include, amongst others, that of Director of Arctic Expeditions for FIPC, Former Chair of British & Western Europe Chapter of The Explorers Club, Consultant and Mentor to UK Ministry Of Defense, Fellow Royal Geographical Society 1992, FRGS, Ambassador for Duke of Edinburgh’s Award Scheme since 2000, and VP Arctic Expeditions for The Sea Research Society. Furthermore, Jim also has a number of medical qualifications and is involved with a number of medical associations, has fire and rescue service experience and qualifications, and has been a safety and logistics consultant, presenter, trainer, and guide for the film and television industries. He was also the recipient of the Captain Scott Society “Spirit of Adventure Award” in 2003.

As one of the world’s most respected, experienced explorers, Jim McNeill gives keynote motivational speeches. In his capacity as a speaker, Jim McNeill has addressed audiences at St James’ Palace, Buckingham Palace, Windsor Castle, the Royal Albert Hall, and many other venues. His audiences include all levels of society and industries, including the Institute of Directors Annual Conference, top 200 Global Business Leaders, 40 of the City of London Insurance and Facilities Corporations, Brazilian President Avo Morales, and luxury brands group Moet Hennessy.

Jim thrives on challenge and change. He has a passion for leadership and getting the very best performance out of individuals and teams, at any level.

“Excellent – very engaging, very relaxed style, with a good level of humour.  Jim talked about overcoming adversity by working a as a team, but also respecting each other as individuals and working with their strengths to help them and the team achieve why this was important.  The audience were very captivated and energised – lots of questions at the end and I’m sure the questions would have kept coming if we had the time.  Jim was very happy to stay and chat to people at the end, a very approachable person who is obviously very passionate about what he does which very much came across in his presentation.  I think a few people were even tempted to find out how to be part of one of his expeditions.” – Pfizer

Jim McNeill ‘We were delighted when Jim agreed to speak to our Executive Team and we were completely gripped when he shared experiences from his truly-remarkable career, from funny and emotive to absolutely terrifying. Jim has a wonderful insight into people and how to motivate them which coupled with his strong determination to succeed makes him an excellent leader. He was an inspiration to all of the team and certainly put into perspective how minor our challenges are when compared to the challenges of surviving a polar exploration.’Emma Clancy, CEO, Certsure
5 / 5
Jim McNeill “Jim has an incredible knowledge and understanding of how to survive and work in extreme climates, which he is able to communicate very effectively.”Mark Beaumont, Explorer, Super Cyclist, and BBC Scotland Expedition Cameraman
5 / 5