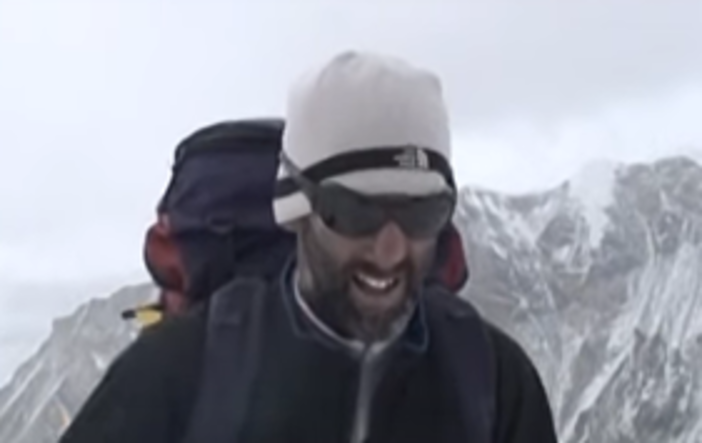 João Garcia has a philosophy whereby you should educate the spirit to be resilient and less weak so that you can achieve your dreams while respecting nature and others. For him, climbing without the use of oxygen is more than meeting a personal challenge – it is the way he lives his life, i.e., as natural, simple, and honest as possible without ever choosing the easiest path.

His interest in mountain climbing started at an early age. By the time he was 16 years old, he cycled 350km to reach Serra da Estrela to rock climb with the Guarda Mountaineering Club. From that time on, mountains became the centre of his life. The next year, 1984, he started snow and ice climbing in the Alps.

Upon his appointment to a service commission at the Supreme Headquarters of the Allied Forces in Belgium, João Garcia, taking advantage of the geologic location, intensified his Alpine activity. He became a member of CAB, DAV, and FAME.

By 1993, João Garcia joined an international Polish Expedition to Cho-Oyu, Tibet. He, together with his teammates, reached the summit via a new route and without the use of supplemental oxygen. From then on he went on to climb other mountains, including Everest, becoming the first Portuguese climber to reach the “Top of the World”. And this, too, he accomplished without the use of oxygen.

In 2010, he conquered Annapurna, becoming the 10th climber in the world to have climbed 14 mountains over 8000m without the use of supplemental oxygen or high-altitude carriers. He was the first person from Portugal to do so.

December of the same year saw João Garcia complete another milestone, known as the “Seven Summits Project, whereby you climb the tallest mountain on each continent. These are Everest in Asia, Aconcagua in South America, Mount McKinley in North America, Elbrus in Europe, Vinson Massif in Antarctica, Kilimanjaro in Africa, and Kousciuszco in Oceania.

Currently the only Portuguese cameraman in high altitude and extreme conditions, João Garcia has made several documentaries about his expeditions. These have all aired on Portuguese television.

Besides his climbing and documentaries, João Garcia is also a bestselling author. His first book, “A Mais Alta Solidão”, i.e., “The Highest Solitude”, sold over 30,000 copies. His achievements in mountain climbing saw him awarded the Portuguese Honorific Order of Merit by the State of the Portuguese Republic in 2010.

As a keynote speaker, João Garcia focuses on mountaineering while bringing in elements that include, amongst others, motivation, leadership, resilience, planning, and the importance of emotional intelligence. He lives in Portugal and presents in Portuguese, Spanish, English, and French.

Although his talk, whether online or in-person, falls under the motivation category, João Garcia includes elements relevant to the business world. These include:

João Garcia “João Garcia exceeded everyone's expectations, in addition to his unconditional love for the sport he practices, he is a natural communicator, CONGRATULATIONS!!!” leaseplan
5 / 5
João Garcia “Joao's intervention allowed him to feel that achieving goals only has meaning, as he demonstrated, when you like what you do, if you are honest and when you work to achieve them. João's lecture was a moment that marked our event. Thank you for those moments.” Mercedes-Benz
5 / 5
João Garcia “His testimony focuses exactly on courage, determination, not giving up on fighting in adverse contexts. Thank you very much for the courage of your presentation, and for the fantastic session you provided to this group, on a day that is certainly unforgettable."H2N Events Consulting
5 / 5
João Garcia "The passionate way in which he shared the difficulties encountered in the adverse conditions he faced during the climbs and without embarrassment regarding sensitive issues such as the loss of teammates, revealed a highly competitive sportsman who showed strong commitment and ambition in relation to the set goals, exemplary for all those who aspire to results.” Galp Energia
5 / 5
João Garcia “João Garcia's Lecture brought a message of reinforcement to the Company's Values, which are Passion for Work, Respect for the Environment and Solidity in the search for solutions, making clear to all participants the need to work as a team and with a spirit of Ambition that respects the values of Life. His serene but enthusiastic words about his travels reinforced in the Organization our global sense of seeing the future with the ability to Dream.” Chamartin Real Estate
5 / 5 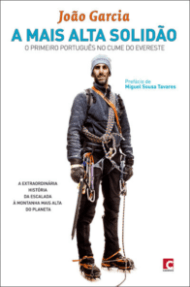 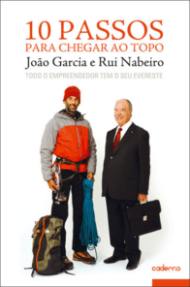