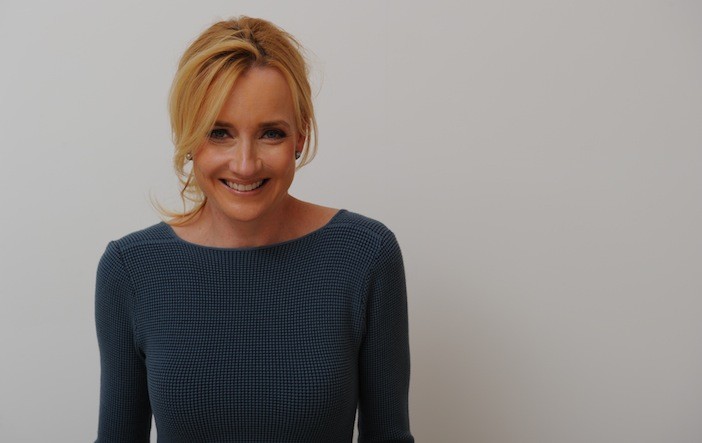 Julie Meyer is a leading investor and entrepreneur in Europe and a regular conference speaker on these subjects. With over 20 years of experience in investment and the advisory sector of business, she has helped various start-ups to establish their business identity. She is a passionate entrepreneur who is on a mission to take the UK and Europe out of recession and its after effects using a growth strategy that involves supporting individual capitalism. She trusts people’s ingenuity to solve the world’s problems at both the macro and micro levels which will expand prosperity.

Julie Meyer has had a wonderful career right from the beginning. Julie grew up in Silicon Valley and was a consultant with Hewlett Packard, 3Com, and Motorola before she founded First Tuesday in Europe in 1998. First Tuesday was a  network of entrepreneurs which many credit for igniting the internet generation in Europe. It was sold in July 2000 for $50 million in cash and shares. She then founded Ariadne Capital in August 2000 to create a new model for the financing of entrepreneurship in Europe and the UK: that of ‘Entrepreneurs Backing Entrepreneurs’. She created the founding Investor Partnership of 62 leading entrepreneurs and business builders who are Ariadne Capital’s core shareholders. Ariadne Capital has backed 7 explosive growth companies in its first 13 years that include; Espotting, Skype, Monitise, SpinVox, Zopa, BeatThatQuote and SoundOut.

Julie has been awarded an MBE (Member of the British Empire) by the British Government for Services to Entrepreneurship. She has been named one of INSEAD’s Top 50 Alumni, Ernst & Young Entrepreneur of the Year, World Economic Forum Global Leader of Tomorrow, one of the TIME Magazine Digital 50, one of WIRED’s 100, one of London’s 1000 Most Influential People 2010 & 2011 (Evening Standard), one of the Top 30 Most Influential Women in Europe by the Wall Street Journal, Europe, and one of Brummell Magazine’s 30 Inspirational Women 2014.

She is on the Board of Directors of Vestergaard Frandsen, a for-profit humanitarian development firm, and INSEAD, her former business school, which named her one of their 50 Alumni Who Changed the World. The University of Warwick gave her an Honorary Doctorate of Laws in 2014.
Julie’s first book ‘Welcome to Entrepreneur Country’ was published in June 2012, and won several awards, receiving positive reviews. She has a regular column in Forbes, and has a blog on the LinkedIn Influencer Program here.

Julie speaks within the UK and internationally at many conferences and to organisations interested in her informed opinion on a wide range of topics stemming from being a highly successful female entrepreneur. With such a vast background and knowledge of emerging technologies.

Julie’s business model focusses on connecting traditional and established businesses with high tech service companies that can transform and enable the vast existing and often unused resources to compete in the 21st century. This involves everything from utilising customer and business data, distribution channels, payment, procurement and more. Few people have the awareness to understand and see angles from which traditional business collateral can be used, Julie Meyer does.
Keynotes:

‘The Digital Transformation of Corporates’

Julie Meyer 'For too long, we British have been a bit sniffy about entrepreneurialism, regarding individual capitalism as something rather vulgar. Well, personal enterprise and innovation among small companies is the only dynamic that will propel us into a prosperous future. Whether at First Tuesday, Ariadne Capital or through Entrepreneur Country, Julie Meyer has long been a charismatic champion of entrepreneurialism in Britain. She’s shown us the way through her own endeavours and by broadcasting the achievements of others. Julie knows - Britain’s got entrepreneurial talent. She’s a superstar.' Matthew Rock - Co-founder & Communications Director, Caspian Publishing
5 / 5
Julie Meyer 'I just wanted to thank you for your time, energy and intellect last night. You pitched perfectly providing inspirational words without ever patronising. We have received many complimentary emails today and that’s down to your significant contribution. I thoroughly enjoyed dinner and enjoyed your company immensely.'Steven Smith - Digital Industry Director, Liverpool Vision
5 / 5
Julie Meyer 'On behalf of Crimson, I wanted to thank you so much for your contribution to the Startups Awards - not only as a judge but as an award presenter on the afternoon. All the winners’ interviews show you what your judging decisions meant to the winners. Quite touching! We were delighted that you could take part and hope you enjoyed the afternoon. Looking forward to hopefully involving you in our events in the future.' Heather Olhausen - Events Manager, Crimson Business
5 / 5
Julie Meyer 'Julie, I can’t thank you enough for taking time out of your schedule to be with us this evening. You were amazing to have on the panel and I know you made a huge impression on people. A number of people told me it was the best event they had ever been to which is great and you played a huge part in that! I loved the way you were so open and honest and you really stimulated some lively debate, which was perfect. With huge gratitude for giving us your valuable time.'Managing Director, Thomson Reuters
5 / 5
Julie Meyer 'We are most grateful for to you for sparing your time to participate in the conference and for giving such an interesting and thought provoking address.' Mark Gough - Head of Editorial, Financial Times
5 / 5
Julie Meyer 'You have the power to transform.'Christina Domecq – CEO, SpinVox
5 / 5
Julie Meyer 'Julie’s book [Welcome to Entrepreneur Country] has changed so much of the way I think about things...thank YOU.....your citation 'think big, start small, act fast' on the back of your book is what I've realised defines the 30% Club journey - I didn't appreciate that at the time, but now it all makes sense that's how things have 'happened' with that project, way exceeding other ventures I've been involved with.' Helena Morrisey – CEO, Newton Asset Management
5 / 5
Julie Meyer 'The cofounder of FirstTuesday is bringing the spirit of American venture capitalism to Europe's new breed of Internet startups'.Forbes
5 / 5