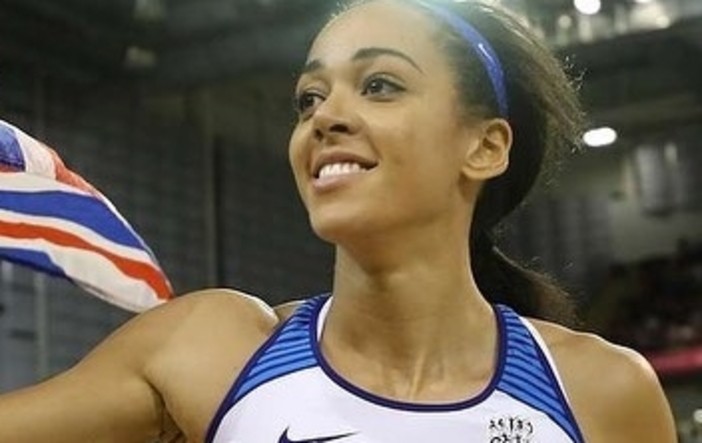 Katarina Johnson-Thompson is a World Champion British heptathlon athlete that has won the hearts of millions. Her career has thus far seen her awarded numerous medals while breaking several records in the process.

Born in the UK, Katarina Johnson-Thompson spent a significant part of her younger life in Nassau before returning to Liverpool, which she refers to as ‘home’. Despite a family history in ballet and dancing, Katarina Johnson-Thompson had her sites firmly set on sports. Indeed, it was a chance high jump at a sports day at school that set her on her path. Without training, she broke the school’s high jump record and was immediately connected with the Liverpool Harriers Athletics Club. She was only ten years old.

While at the Liverpool Harriers, Katarina Johnson-Thompson showed her sporting ability by winning national titles across multiple disciplines. This diversity led her to the conclusion that she needed to compete in a discipline sporting multiple events. The heptathlon became her forte.

Once added to the National Lottery World Class Program, Katarina Johnson-Thompson justified the selection by securing the gold medal in the heptathlon at the 2009 World Youth Championships. She was only fifteen years old at the time. This achievement set the stage for things yet to come.

In 2012, Katarina Johnson-Thompson won a World Junior gold medal in the long jump in Barcelona. This was followed by her debut at the London 2012 Olympics.

As a senior, success was not far behind. She finished the 2014 season ranked world number one in the heptathlon while winning the gold medal in the pentathlon at the European Indoor Athletics in Prague. The pentathlon is an indoor, modified version of the heptathlon.

Regarding her outdoor athletic career, Katarina Johnson-Thompson has made great headway since her debut at the Olympics in 2012. Her second Olympic appearance saw her finish sixth at the 2016 Rio Olympics. She also decided to move to France for training with the multi-event specialist coach Bertrand Valcin.

Despite a period of setbacks and injuries, Katarina Johnson-Thompson finally achieved one of her career goals in October 2019 at the World Athletics Championships in Qatar. She became the World Heptathlon Champion setting four personal bests in the process. This feat saw a new British record surpassing that of Dame Jessica Ennis-Hill’s 2012 London Olympics best.

Besides her athletic career, Katarina Johnson-Smith has branched out into modelling. She walked in the Off-White show at the Paris Fashion week in 2018 and won the Sportsperson of the Year award at the 2019 Stylist Magazine Remarkable Women Awards.

As an accomplished speaker, Katarina Johnson-Thompson focusses on both the positive and negative aspects surrounding leadership, wellness, and growth mindset.

She currently lives in France but often travels to the UK. She presents in English.