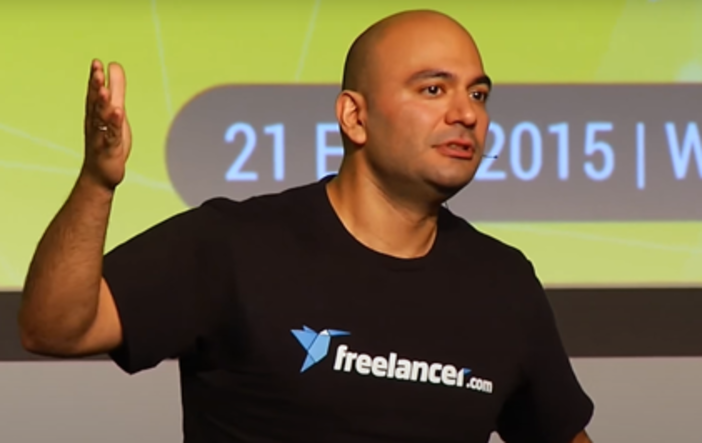 A born presenter with over five years of international experience as a presenter, event host, and master of ceremonies, Kayvan Nikjou has appeared at conferences, corporate, startup, tech, sports, and entertainment events, and award ceremonies. He has also appeared in numerous television programmes.

Kayvan Nikjou has lived in eight countries. He naturally blends into different cultures due to his ethnically ambiguous appearance. As such, he is a true polyglot fluent in English, Spanish, Finnish, and Persian.

As a moderator, his journalistic background has stood him in good stead. Kayvan Nikjou has more than five years’ international experience as a presenter of private and intimate events. His experience in this regard includes over 15,000 conferences for both intimate and large corporate events. Due to his acting and moderator training, he instils a sense of self-confidence in clients the world over.

Besides his international work facing audiences from various cultural and industry backgrounds, Kayvan Nikjou spends his time working on his career in television and film, while investing in startups.

Kayvan Nikjou is available for a large range of corporate events, award ceremonies, television broadcasts, and conferences. He has an innate ability to capture his audiences’ attention, while his ability to bring energy, fun and a community feeling to any event leaves audiences riveted. Kayvan is excellent at directing the attention of attendees while guiding them through the event.

Kayvan Nikjou currently lives in Amsterdam, the Netherlands, and presents in English and Spanish.

Kayvan Nikjou hosts and moderates conferences spanning a large range of topics. These include, amongst others, sport, business and tech functions. He knows how to adapt to any format, audience size, and psychology.

Kayvan Nikjou “Kayvan was a star at the Berlin Green Tech Festival. Not only was he amazing with the logistics and organization aspects of the event, his on-stage presence with speakers and panels was polished and professional.”Michael Sheren, Senior Advisor, Bank of England
5 / 5
Kayvan Nikjou “It's always a pleasure to work with Kayvan. At Greentech Festival yet again he delivered in spades, Kay's capability to bring relevant people together is insane, always making enough room for both: deals and serendipity. Top host for your stage and city indeed!”Marija Rucevska, Co-founder at Helve/Growth School & Chair Of The Board at TechChill
5 / 5
Kayvan Nikjou “Kayvan is a highly inspirational and globally minded leader! As the Host of our Green Leaders Conference he brought together the world’s leading green entrepreneurs. One of my personal highlights was his mind-blowing conference opening. With his passionate speeches he has inspired and encouraged the audience to become part of the GreenTech Festival movement. Kayvan, I am blessed and very grateful to have experienced this unique journey with you. This is just the beginning...!” Julia Christina Bauer, Head of Sustainability NICO ROSBERG | Game Changer | Lifelong Learner
5 / 5
Kayvan Nikjou “I met Kayvan at the Green Tech Festival in Berlin, May 2019. Not only was he in charge of inviting the impressive line-up of panelists, pioneers and industry leaders from around the world, he also served as a moderator and master of ceremonies. His infectious energy, sense of humor, and natural abilities on stage captivated the audience and kept the energy high! A skilled presenter and moderator, Kayvan has perfected the art of being an advocate for the audience while also shining a positive light on panelists.”Cepee Tabibian, Community Builder | Content Creator | Podcaster
5 / 5
Kayvan Nikjou “Kay is an energetic leader who did a great job hosting and organizing the GreenTech conference.”Meggie Palmer, Founder PepTalkHer - Closing the Gender Gap | Fortune 500 Executive Coach & Facilitator | Angel Investor | Recovering Journalist
5 / 5