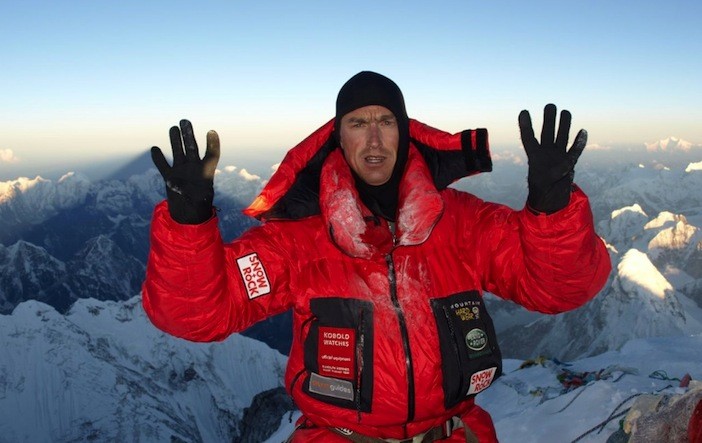 Kenton Cool is one of the world’s leading high-altitude climbers. He has successfully climbed Mount Everest sixteen times. He was inspired having read about Hillary and Norgay’s first ascent of Mount Everest in 1953.

He has climbed extensively all over the world – establishing new routes and first ascents on peaks in Alaska, France and India. In 2003, he was nominated for a Piolet d’Or award for a route on Annapurna III.

Cool is also one of the world’s most sought-after guides. His track record on Everest is the best, without doubt, of any leader. In 2007, Kenton successfully guided Sir Ranulph Fiennes up the North Face of the Eiger before leading him to a successful Everest summit in 2009. More impressive because Fiennes suffers vertigo and had angina! In recent years, the Olympic Pledge and the Everest Triple Crown, have cemented Cool’s position as one of Britain’s most high-profile and celebrated climbers.

He is regularly featured on BBC TV and Radio, in the likes of The Daily Telegraph and The Guardian along with adventure publications like Outside Magazine and Sidetracked. He is also an obsessive fitness enthusiast and cycling is a second passion to climbing. He has completed two Haute Routes across the Alps considered some of the highest and toughest cycling competitions in the world. He describes climbing Mount Everest as easy’ compared to the 485-mile Alps race taking in 19 mountains and covering a massive 21,000m of ascent in total.

Kenton Cool is an energetic and engaging motivational speaker, who delivers popular keynote speeches on accomplishing challenges. He relates with great vividness and emotion the experience of climbing to the summit of some of the world’s highest mountains. Cool’s presentations focus on team building and leadership.

Entertaining and inspiring there is a serious element too, as Cool relates with great intimacy some of the most adverse situations he’s encountered and the personal fears he’s had to overcome across many successful summits of Everest and further afield. Each presentation is complemented by an impressive array of stunning photographs and video, taken from expeditions.

Kenton Cool "On behalf of everyone I would just like to say the afternoon session with you was absolutely amazing – everyone was enthralled by your presentation and the way you made it relevant to business was extremely good. Thank you so much again and you certainly made a huge contribution to what turned out to be our best and most productive conference ever."Doherty Baines
5 / 5
Kenton Cool "Kenton was superb! His talk was totally inspiring and motivating and his stories and footage of his summit trips were very impactful. He is so driven and passionate about what he does and this clearly came across to the team and they could relate to many of his examples of challenges he has overcome when he is on his trips. Absolutely brilliant and I would definitely recommend him to others!" Lloyds Banking Group
5 / 5 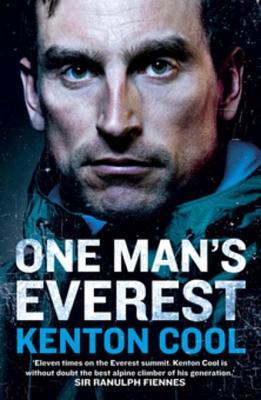