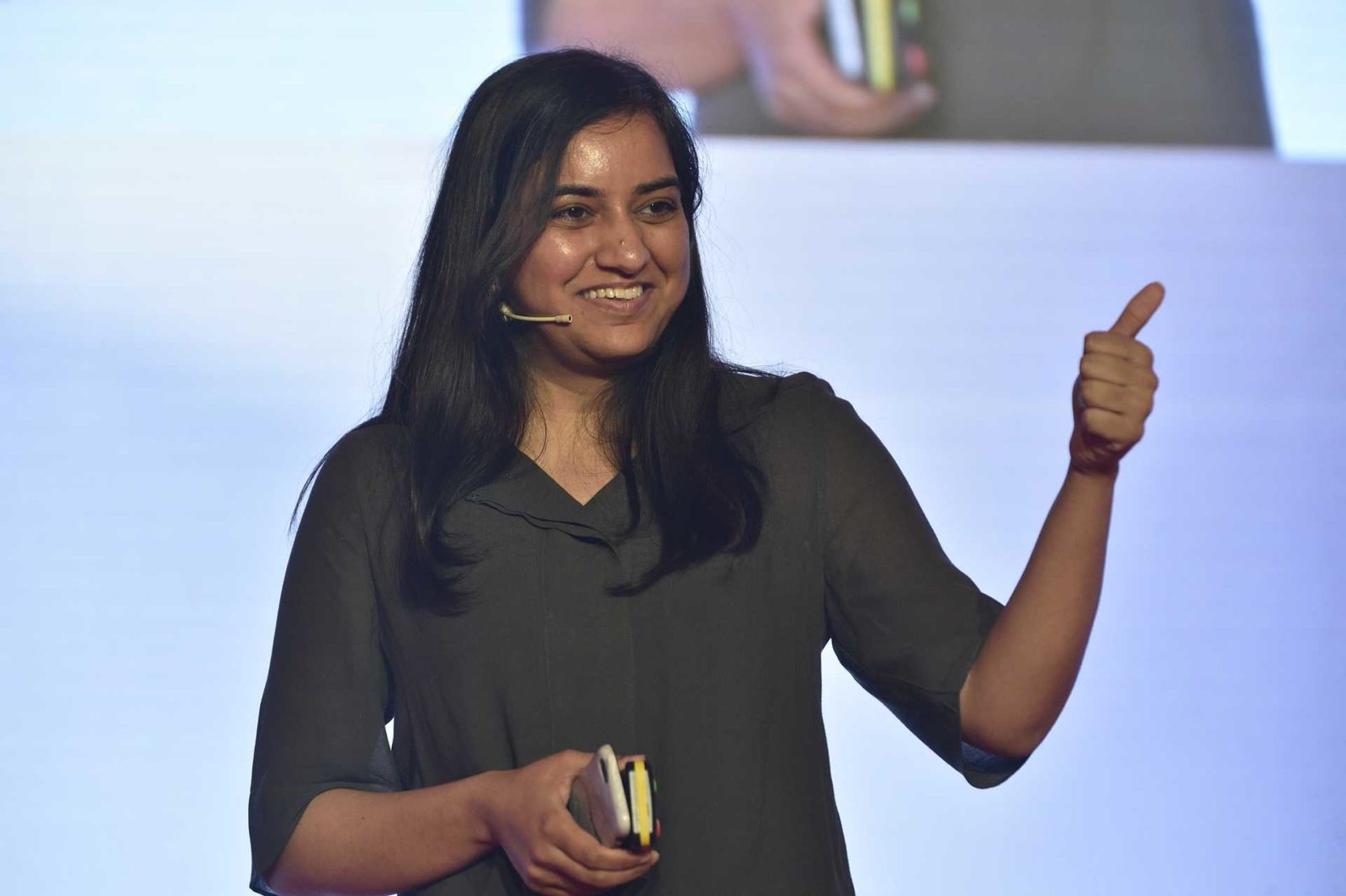 Kriti Sharma is an expert and leading global voice on Artificial Intelligence and its impact on society and the future of work. She built her first robot at the age of 15 in India and has been building AI technologies to solve global issues ever since, from productivity to education to domestic violence.  Kriti is seen as a leader in her field when it comes to creating diverse, ethical artificial intelligence, insisting AI does not need to be human-like, but should instead be useful.

Kriti was recently named in the Forbes 30 Under 30 list for advancements in technology and was included in the Recode 100 list of key influencers in 2017 alongside Elon Musk, Jeff Bezos and Mark Zuckerberg. She was elected as a Civic Leader by the Obama Foundation for her work in ethical technology. She is a Fellow of the Royal Society of Arts, Google Grace Hopper Scholar and recently advised the UK Parliament in the House of Lords on AI Policy.

She was chosen as India’s Young Leader in Science at the age of 16, and won Google India Women in Engineering Award in 2010 for promoting diversity in technology. A computer scientist by training, Kriti has led and built diverse AI teams and now advises FTSE 100 CEOs.

Although born in India, Kriti Sharma now resides in London. She is passionate about inspiring the next generation to solve the hardest challenges facing the world today using technology, innovation and entrepreneurship.

Kriti Sharma has addressed numerous conferences, speaking of aspects relating to Artificial Intelligence, ethics, innovation, and impact of technology on society amongst others.  In March 2019, a video of a 12 minute TED Talk on how she creates AI technology to help address some of the toughest social challenges including domestic violence, sexual health, and inequality went viral. The video of the Ted Talk here has been watched by over 1 million people in a matter of a few weeks.

Energetic, friendly, and resourceful, she is a dynamo that inspires with her thought-provoking presentations tailored to her audience and occasionally brings her robots on stage!

Kriti Sharma ..on Kriti Sharma's 30-minute keynote to 800 intern applicants; "Kriti made us feel like we could be a part of the movement to end AI Bias with simple and understandable actions. Knowledgeable and relatable!"Global Professional Services Firm, Florida, USA 2019
5 / 5
Kriti Sharma "Kriti was excellent. Very engaging & had plenty of time for everyone/every request. Hope she enjoyed it. Dell was very happy & asked to pass on a message of thanks!"Dell Technologies Conference, Ireland May 2019
5 / 5
Kriti Sharma "On behalf of Global Media Group and Vodafone, I´d like to thank Kriti for top-notch presentation at Vodafone Business Conference. It was a pleasure to receive such a prestigious speaker in the area of artificial intelligence."Vodafone Artificial Intelligence &Internet of Things Conference, Porto - May 2019
5 / 5