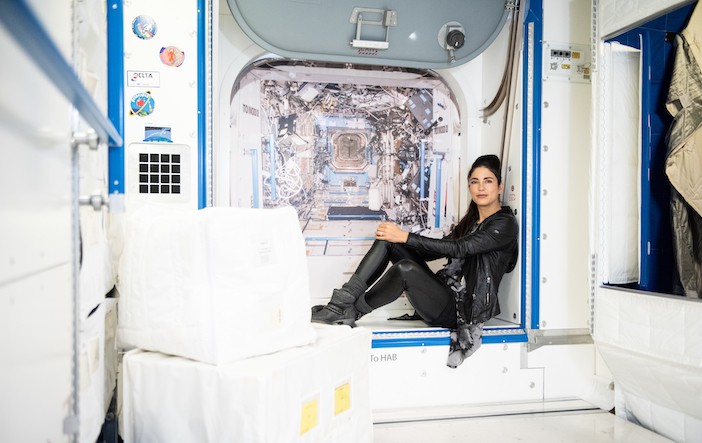 Laura Winterling has been an instructor in the fields of spacecraft systems and spacecraft sensors to both European and international astronauts for more than a decade.

Laura’s educational background includes an MSc. In Physics from the University of Bayreuth, Bavaria, Germany, as well as an MSc. In Organisational Psychology from UCL, London. This made her imminently suitable for her work as an astronaut officer and astronaut instructor at European Cargo Spaceship ATV, European Space Laboratory Columbus, and European Astronaut Centre, Cologne, for the European Space Agency.  She is a member of two ESA Astronaut Training Teams and was instrumental in the training of the different phases of ESA’s Cargo Vessel ATC as well as the Lift Support System of ESAs space laboratory Columbus.

Amongst the over 80 astronauts she has trained, Laura Winterling includes the likes of NASA’s Kevin Ford, Ron Garan,  Don Petit, Dan Burbank, Terry Virts, Mike Fossum, Chris Cassidy, and Peggy Wittson, Italy’s Paolo Nespoli, Samantha Cristoferetti, and Luca Parmitano, the United Kingdom’s Timothy Peake, and a host of others from across the globe.

Due to her work on the International Space Station (ISS) Programme, Laura Winterling has visited various Mission Control Centres across the globe. This has seen her spending time in Toulouse, France, Moscow, and Houston. She has also sat in during real-time ISS operations and observed two manned Soyuz launches in Kazakhstan.

Laura is based in Cologne, Germany the home of the European Space Agency.

As a speaker, Laura Winterling presents mostly in English and German, although she is also fluent in both Italian and Russian. Her speaking career, thus far, has seen her present and moderate for numerous and varied organisations, including, amongst many others, SpaceX, Tesla, H Hotels, IMEX, Dumont, Mercedes-Benz and Ascon.

‘Have you got what it takes to become an Astronaut?’

How are astronauts chosen, and how can the agencies guarantee that those individuals will have what it takes to be truly efficient on a 6 months-long mission to the ISS?

Laura focusses on the key skills necessary to become a successful team in orbit by taking her audience 400km above the earth. With analogies between teams on ground and teams at 28.000km/h, she will look at the importance of those key skills and personality traits of astronauts to help build stronger teams and gain self-empowerment in individuals.

What it takes to become an astronaut and what we can learn from the recruiting and training methods of ISS crewmembers.

What it really takes to become a successful leader and an efficient team member.