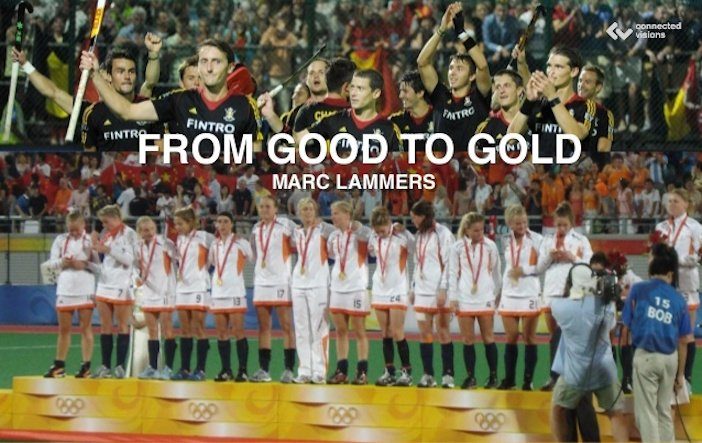 Marc Lammers uses his background of many years as a top-level field hockey coach and his innovative practices to engage audiences on topics relating to diversity, leadership, and team building.

Marc Lammers, who played in five internationals, is more commonly known as a coach. It was in this capacity that he prepared the Dutch women’s team for over 280 international matches.

Before this, however, he coached the Spanish team, taking them from the twentieth to the fourth place in the world’s ranking list at the Sydney Olympic Games of 2000.

From there, Marc went on to coach the Belgium national men’s team. His efforts saw the team come first in the Hockey World League in 2012, and win a silver medal at the European Championship in 2013. Belgium won the Olympic Gold in Tokyo in 2021, which is amazing and remarkable for a country with only a population of only 40,000 people.

His innovations in the game of hockey led to a verb being named after him: Lammering.

Marc has a clear vision pertaining to coaching, and he carries this over to his audiences by means of his innovating, interactive, and lively style of speaking. His affiliation with ARPA Learn Institute allows him to bring across his experiences geared towards a business environment. Whilst field hockey has been Marc’s background, his high-performance coaching methodology and innovation is applicable to all organisations seeking to go from ‘Good to Gold’.

Marc Lammers gives keynotes in both Dutch and English. He is highly regarded corporate speaker on the European circuit. To book or enquire about Marc speaking please contact ProMotivate™ Europe on +44 (0)2078711829.

Marc Lammers "Marc’s speech was a big hit – the team loved hearing from him! Thanks for the coordination on this." Kenneth Hatton, Managing Director and... Hi Jonathan, "Marc was great, he was last on the agenda and really captivated the audience, he was definitely the talk of the town at the drinks later on. Really inspiring, really engaging and it really resonated with our team." Kate PensonCBRE Europe - leadership offsite, Amsterdam, March 31st 2022
5 / 5
Marc Lammers 'Wow, what an energy boost! I have already heard many speeches in my life but this is by far the best I have heard so far and have seen.' Tonny Vanhaesebroeck
5 / 5
Marc Lammers 'Marc gave an energetic presentation at the launch of our company 2ndSense. Where a crisis is an opportunity. Just the nail on the head when it comes to our attitude and our philosophy. Our guests were full of praise for Marc, even those who have seen him before.'Alex Jansen - 2ndSense
5 / 5
Marc Lammers 'Marc Lammers knows how to captivate the audience from the start. He takes you through his experiences and findings of his career as an elite coach. Incredibly catchy, effective and inspiring. He has reached the goal for our business meeting. Recommended!' Experis Ciber
5 / 5