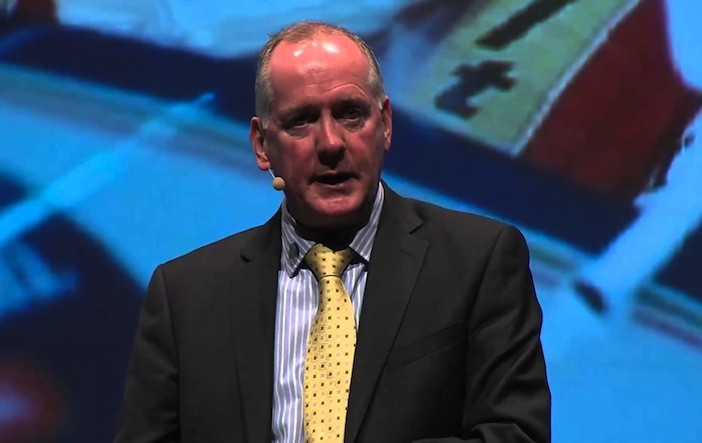 Mark Gallagher has held senior roles in the high performance environment of Formula 1 motor racing during a 30 year career. Today he is an author, broadcaster and industry analyst who continues to work with drivers and teams at the forefront of this global sport. He is also a renowned public speaker and since 1998 has provided compelling keynote presentations and insights to organisations world wide.

He has been a member of the technical working groups within the sport’s governing body, the FIA, tasked with tackling challenges including environmental sustainability and safety, the latter being central to the sport’s regulatory environment. He spent two years working on the energy efficiency regulations adopted by Formula 1 in 2014.

Mark was famously described as ‘head of making things happen’ in Eddie Jordan’s dynamic organisation. He then joined Jaguar Racing and helped in its transition into the now-dominant Red Bull Racing team, before taking over responsibility from 2009 until 2011 for the return of Cosworth to Formula One.

Between 2009 and 2011 Mark was directly responsible for supplying one-third of the Formula One teams with engine technology, re-establishing the Cosworth F1 business which has powered 13 Drivers Champions and won 176 Grands Prix – second only to Ferrari.

During his career, Mark has worked directly with drivers including Michael Schumacher, David Coulthard and Ayrton Senna, and also spent time as part of Jenson Button’s management team.

Since 2005 he has co-owned his own racing team, Status Grand Prix based at Silverstone in the UK, which won the 2009 A1GP World Cup of Motorsport, has scored multiple victories in the GP3 feeder-series to Formula One and competes in the Le Mans sports car racing series. Status has three times won the ‘Best Presented Team’ Award, setting the benchmark in professionalism and presentation.

Today Mark heads a sports investment group, sits on the board of Status Grand Prix and uses his vast experience of the Formula One industry to work with teams, sponsors and drivers. He also makes regular appearances in the media, notably with Sky News and with ESPN Star Sports, broadcasting to 24 countries and 36 Million F1.

In 2014 Mark published his book, ‘The Business of Winning’, a book drawing on the business lessons to be learned from the high finance, high octane world of Formula One. He enjoys first hand experience of working with the man who created the global sport of F1 Bernie Ecclestone.

Mark Gallagher on leadership, innovation and continuous improvement in Formula One

Leadership in Formula One often manifests itself in the constant search for innovation and continuous improvement. In the Formula One business, we believe that leadership comes from all levels within the organisation. You have the Chief Executive of the team, and you have the Team Principal. There is a Crew Chief or a Chief Mechanic. But in a team of 600 people we want everyone to display leadership qualities in their own area, so that becomes an important part of our culture.

How do we drive continuous improvement? Every top Formula One team I’ve worked with has a mandatory town hall meeting on a Tuesday morning after each race, at which the leader is present. That becomes a dialogue about how we are all performing, and that can include the leader’s own performance as much as what’s going on in the team. Some of those sessions can be pretty tense, because we don’t win all the time. We lose more times than we win, so there’s a constant dialogue.

But what that means is that everyone, including the leader, has no fear of saying, “Hey, we’re not where we need to be. What are we all doing to move things forward?” And the leaders in a Formula One organisation, at whatever level, will have very clear responsibilities for which they will be measured against. That could be the overall direction of the team. It could be a leader of a Formula One team who clearly is trying to achieve ambitious goals for the organisation. It means we’re not afraid to stand up and be counted.

There’s also an interesting point in Formula One about leadership amongst the drivers. One of the common attributes of world championship-winning Formula One drivers, is that they are, of course, very fast racing car drivers. But frankly, all Formula One drivers are very fast racing car drivers. The top guys are also great leaders. They build great teams of people around them, and they really embrace continuous improvement and innovation.

Take a seven-times Formula One world champion like Michael Schumacher. He spent 19 years racing in Formula One, 19 years trying to continuously improve himself, not just the team. And to work with a guy like that, you really see the attention to detail and how he’s scrutinizing what he’s doing as much as the team in terms of their delivery for him. And this becomes just a conversation. “How are you doing to improve our performance? How am I doing to improve our performance?”

Mark the commercial brains behind the teams and former F1 racing driver David Coulthard combine to give a full 360% view of building and sustaining winning teams. In the world of motorsport, some names need little introduction. David Coulthard is one such ‘legend’ – the highest scoring F1™ driver of all time having gained 535 points by the time he retired from driving, only in 2008. He still drives for AMG Mercedes Benz in DTM – the German Touring Car Championship.

David, a key member of the award-winning BBC TV F1 commentary team, is now available for business speaking engagements, working exclusively with Mark Gallagher to give a winner’s insight to the business lessons to be learned from the pinnacle of the sport.

He has written three books, Grand Prix – The Last 25 Years (WH Smith, 1999) and two editions of The Business of Winning (Kogan Page, 2014) with a fully revised, 2nd edition. Published on 3rd October 2021. Mark also collaborated with David Coulthard on his Sunday Times Best Seller The Winning Formula (Blink Publishing, 2018). Between 2005 and 2010 Mark was a consultant to Pixar on its CARS and CARS 2 movies.

Mark Gallagher "Mark Gallagher was really an inspiration. He is a fantastic speaker with great examples from F1 which also offered additional value for our work. It was just ‘spot-on and motivating’" Associate Director, Deutsche Post
5 / 5
Mark Gallagher "Having heard him speak at an EADS Engagement Forum in Paris I asked Mark to speak at our Leadership Conference for Airbus in the UK. He was able to combine his experiences of F1, leadership and engagement in a humorous and enlightening way that really connected with the audience" General Manager and Human Resources Director, Airbus
5 / 5
Mark Gallagher "Mark brought the glitz of Formula 1™ racing right back to the basics of business and the fundamental role powerful teamwork, at all levels, plays in an enterprise’s success. A compelling, insightful and inspiring story for all personnel in any organisation!"Managing Director, HEINEKEN Ireland
5 / 5
Mark Gallagher "Thank you, Jonathan and Promotivate for helping organise to bring Mika and Mark (Gallagher) to Warsaw for our 100 x 100 series to celebrate our Poland's independence. Both were amazing and provided our audience with an amazing insight into the fast-paced world of Formula One. Both set aside time for various media interviews and the Q&A session Mika gave with our Prime Minister, Mateusz Morawiecki was wonderful. Our objective has been to promote Poland's rise in the global order and that we are a country that is very much open for business and developing fast. Mika and Mark have helped us on this path by bringing them to Warsaw." Polish National Foundation - Warsaw 2018-19 100 x 100 Event Series
5 / 5
Mark Gallagher "Mark’s presentation was tailored to fit our business and conference theme, the delivery was professional, highly motivating and extremely interesting for our large international audience. Mark received excellent feedback from all delegates."Vice President Global Sales Marriott Hotels International Ltd
5 / 5
Mark Gallagher "Over 90% of delegates responded that David and Mark’s contribution was good to excellent. The message was that everyone in the team is important and must do the right thing at the right time. DC and Mark showed the very motivated aspect of team work in Formula One!"ADT, Europe
5 / 5 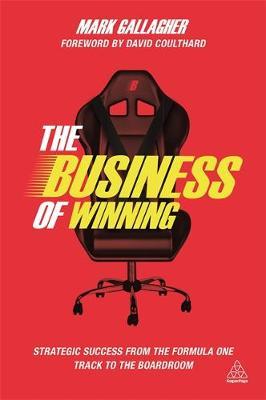