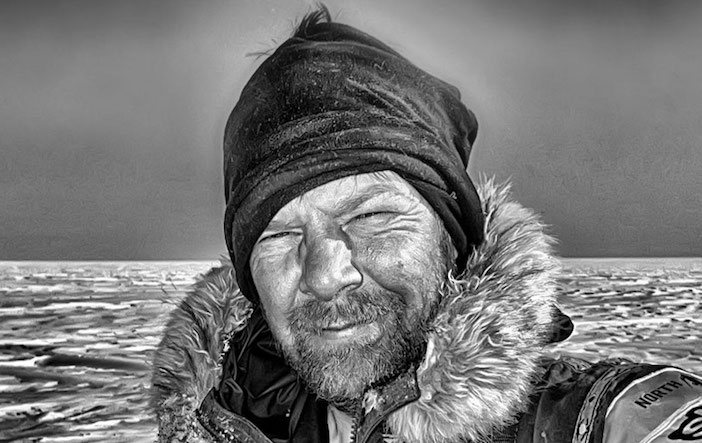 Mark Wood operates in some of the most remote, extreme cold areas of our planet – from long range polar expeditions to covering 8000-metre peaks.

Mark Wood was born in the centre of the UK where the car industry would have been the natural avenue for him to take.

Mark’s ability to look at life differently and seize opportunities has led him in a career through the military and rescue to now being one of the most dedicated polar explorers of our time.

In 2013, Mark Wood attempted a 72 day expedition to ascend Mount Everest. The remarkable part of this journey was that he connected to over 10,000 school children worldwide using mobile technology from the extremes of the mountain and in real time. Making Everest one of the most incredible and inspiring classrooms in the world.

The reason is to demonstrate how modern-day explorers operate, to encourage students to understand the effects of global warming and to inspire them to think differently about their own lives.

“This is more than just a walk on a mountain.” – Mark Wood

With over 30 major expeditions to date, Mark Wood has reached the Magnetic North Pole, the Geomagnetic North Pole twice, has completed solo expeditions to both the Geographic North and South Poles and led a team on an ascent of Mount Everest. Mark Wood has been a part of major BBC and Channel 5 documentaries and over the years has trained and led people in the extremes of the planet.

Mark Wood aims to communicate globally with schools around the planet to have open discussions with students about climate change, cultural differences, and thinking differently about life. He is ranked within the Top 5 communicators in the world on the Skype platform and has to date travelled over 3 million Skype miles by connecting with children in 34 different countries.

Mark Wood’s own award-winning documentaries have shown the life of dog teams in Alaska – a solo survival film in the extremes and more recently a complex cutting-edge expedition film which explains the harsh reality of global warming and its effect on the Arctic Ocean as his team crossed to the North Pole.

Mark Wood shares his experiences through his leadership talks and focuses on the many similarities between the difficult challenges faced by organisations today and the challenges faced by explorers in very dangerous and hostile regions. Mark is able to deliver a highly thought-provoking, inspirational and motivating speech to his audiences.

The titles Mark Wood  uses for speaking events are as follows:
– ‘My Life in a Freezer’
– ‘Pioneers and modern-day exploration’
– ‘Thinking different’
– ‘Below Zero decision making’