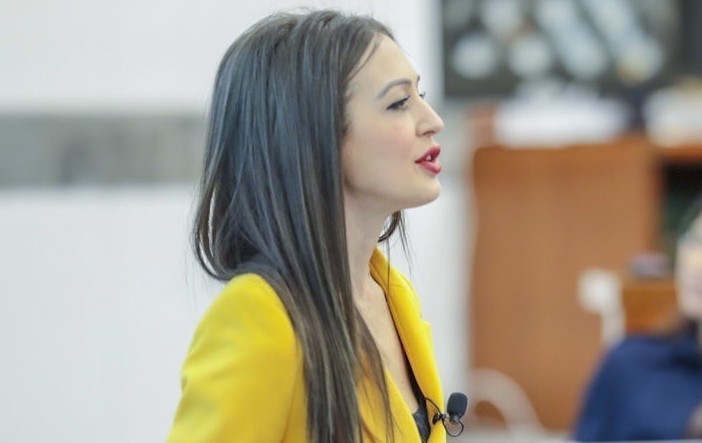 Martina Fuchs, a former CNN Money Switzerland TV Anchor based in Switzerland, has also worked as Senior Business Reporter for the Chinese state broadcaster CGTN (China Global Television Network formerly known as CCTV News) in Beijing. Her career before that saw her the Reuters Economy Correspondent for the Gulf Arab region in Dubai, and as a Reuters Financial TV Producer in London.

Holding a Master in International Economic History from the University of Geneva, Switzerland, Martina Fuchs also has a Postgraduate Diploma in TV Journalism from the America University in Cairo, Egypt, and a Master of Science in Global Finance from the Hong Kong University of Science and Technology and the New York University Stern Business School.

During her career, Martina Fuchs has hosted many top financial and business events across the globe. Amongst these she includes the inaugural 2019 Women Power Forum in Hong Kong, the 2019 Asian Infrastructure Investment Bank annual general meeting in Luxembourg, the 2018 XEO Summit of the China Europe International Business School in Zurich, the 2018 China Europe Investment Summit in Andermatt, the opening of the world’s largest bank, Industrial and Commercial Bank of China, in Zurich, and the 2018 Swiss Management Forum.

Martina Fuchs has covered many top global news events like the World Economic Forum in Davis, the Belt and Road Forum in Beijing in 2017, the G20 Summit in Hangzhou in 2016, and the St. Gallen Symposium. She has conducted dozens of exclusive interviews during her career. Amongst these, she counts interviews with the Thomas Bach the President of the International Olympic Committee, Bank of England Governor Mark Carney, Syngenta CEO Erik Fyrwald, World Bank Group President Jim Yong Kin, Chinese star pianist Lang Lang, the Dalai Lama, and Grammy Award winner and musician Will.I.Am.

A seasoned public keynote speaker, Martina Fuchs has an in-depth knowledge of international finance and emerging markets. Spending her time between Switzerland and the UK, she is a true polyglot and fluent in nine languages. She speaks German, French, English, Chinese, Arabic, Spanish, Portuguese, Italian, and Swahili.

Martina Fuchs “It was such a joy to see Martina in action and she made our event so special. She’s a master at what she does and an inspiration to women. It was such an enjoyable experience working together.”Charlotte Gannon, Events & Marketing Manager, British-Swiss Chamber of Commerce
5 / 5
Martina Fuchs “Ms. Fuchs moderated two panel discussions on China 1980 and China Today at the 39th Annual General Meeting of the Swiss-Chinese Chamber of Commerce (SCCC) and the Swiss-Hong Kong Business Association (SHKBA). They featured high-calibre guests from UBS, Novartis Pharma, Georg Fischer, Maschinenfabrik Rieter, Bühler Management, F. Hoffmann La Roche and Schindler Management and were definitely a highlight of the event! She has an amazing ability to connect with her audience, is incredibly lively and energizing, and impressed with her knowledge of the Asian economies and global financial markets.”Felix Sutter, President, Swiss-Chinese Chamber of Commerce (SCCC)
5 / 5
Martina Fuchs “Having Martina as our Executive Forum speaker was a one of a kind experience. Martina’s extraordinary language skills and professional experience was an inspiration to our students and alumni. Her willingness offer advice and availability to share her knowledge was so genuine thus well-liked by our audience; thus making her Forum a great success!”Ding Yuan, Dean, China Europe International Business School
5 / 5