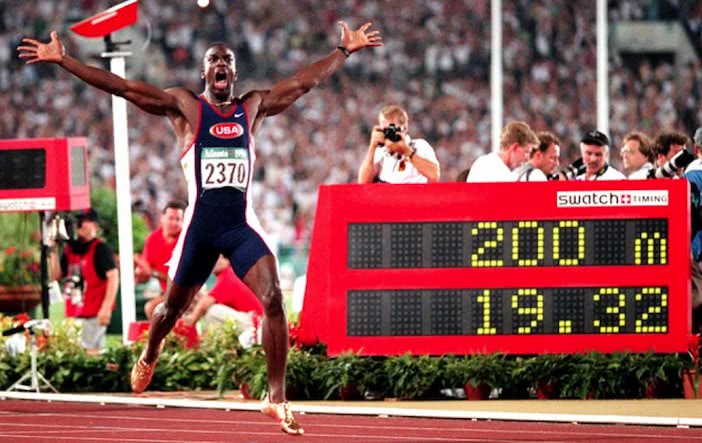 Michael Johnson won four Olympic Gold medals and eight World Championship Gold Medals. He is regarded as one of the greatest track and field athletes of all time, an icon and legend of the sport.

Michael is an award winning television broadcaster, a renowned motivational speaker, and an Olympic legend.

A Career In Gold

1996 in Atlanta won double gold medal at the Olympics in the 200 meters and 400 meters. He was the first man to win these two gold medals at the same Olympics.

Michael won 19 gold medals during his career without winning any silver or bronze medals during this entire period. Michael still retains the world record for the 400m.

Michael owns and manages an elite training facility ‘Michael Johnson Performance’ in his hometown in Texas. His academy is a training facility for youth athletes aged 10 to 18 and professional athletes in all sports. He also runs a sport management company for track and field athletes.

*Michael has actually won five Olympic Gold Medals but in  2008 he voluntarily returned the 4 x 400 m relay gold medal he earned in the 2000 Barcelona Olympics after Antonio Pettigrew, who ran the second leg, admitted he took performance enhancing drugs between 1997 and 2001.

Michael Johnson, known as the ‘Fastest Man in the World’ during the 90s, started contributing to  the media after his retirement. He is a regular columnist in the UK’s Daily Telegraph and sports commentator on the BBC for major athletic events.

Michael is a popular keynote speaker, a skill he developed after retiring from professional sport. Michael excels as a motivational speaker since he has lot to share about his personal motivation that he used to win Olympic gold medals. His motivation also helped him to become a successful entrepreneur.

Michael has authored ‘Gold Rush’ and ‘Slaying the Dragon’. In both the books, Michael provides his personal blueprint of success and tells the readers how to use motivation to achieve success at every level.

As one of the greatest Olympians of all time and still a world record holder, Johnson is a sports icon who audiences admire greatly and listen to incessantly. Keen to learn and follow the mindset of one of the world’s ultimate high achievers. 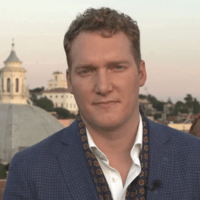