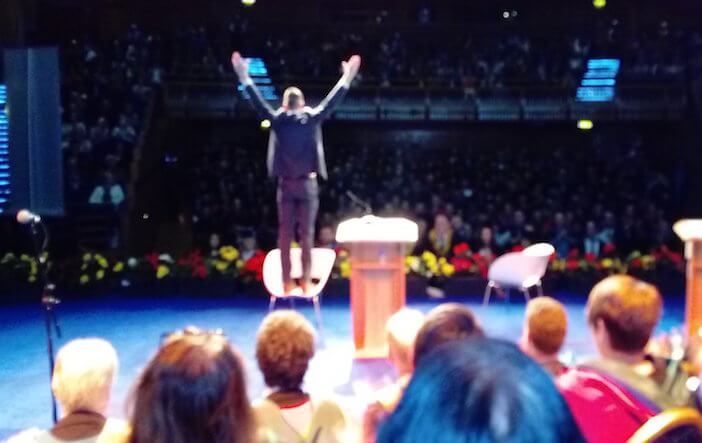 Dr Michael McKillop is a 4 Time Paralympic Gold Medallist, 7 Time World Champion and Multiple World Record Holder. Michael was diagnosed with a disability called Cerebral Palsy, at 2 years and 10 months after his parents fought for more tests to be given as they knew something wasn’t right. This was not going to hold back this young man.

Michael McKillop is one of Ireland’s most successful elite sportsmen. At the tender age of 18 he won his first Paralympic Gold medal in the T37 800m in the Iconic Birds Nest stadium in Beijing, China. He then stole the show at the London 2012 Paralympic Games where he not only retained his 800m crown, but also won the 1500m for his category, setting a World and a Paralympic Games Record to boot. Most recently, Michael has just returned from competing in this years Rio Paralympic Games where he went on to retain his 1500m title.

Alongside his athletics career, McKillop has spent time actively promoting Paralympic sport across Ireland, and is now trying to inspire the corporate world to believe that there is no hurdle or challenge big enough to stop you from achieving your goals or dreams.

Michael has had the chance over the last few years to speak with some of the biggest companies in the UK including Nestle, Dell, Allianz, Britvic and many more. Now its your time to be inspired and achieve your personal or company’s goals/targets.

To enquire about booking Michael McKillop to give a motivational talk to your company, organisation or school please contact Promotivate Speakers Agency in London +442078711829 or in Belfast on +4428 95320666 or use our booking enquiry form below.

Michael McKillop "Michael presents his inspiring and captivating story of defying major challenges in the hand that life has dealt to him to become a four time Paralympic gold medalist, with great storytelling and engaging humour, honesty and wit. The best motivational speaker I have seen, he has inspired me to conquer life's challenges and be the best I can be. I can't recommend him enough"Steve Ludgate Financial Controller SKY Plc - Oct 2016
5 / 5
Michael McKillop "You came highly recommended Michael and we were delighted that you were available to be present for the launch of our health and wellbeing hub and I have to say that you didn’t disappoint…far from it as you will have been able to gather from the applause. The feedback we’ve had has been extremely positive indeed with comments such as ‘inspirational’, ‘awesome’, ‘very thought provoking’, ‘positive/can do attitude’, ‘fantastic achievement’, ‘very open and honest about his journey’ which given the services we provide resonated with the professionals in the room.   Some really liked the quotes you used in your presentation particularly the one, ‘Do something today that your future will thank you for’ and no doubt will be used by us in the future. I mentioned to you on Friday that one of our managers had heard you at HFMA before and was looking forward to hearing you again…that same person has said that they would love to hear you speak again Michael so I think that in itself speaks volumes.   So just a big thank you once again Michael for taking the time out of your schedule to spend it with us and good luck and best wishes for the future."Janet McCartney, Northern Healthcare Trust (Antrim) March 2017
5 / 5
Michael McKillop "Michael was special guest during our Higher Education Graduation ceremony in 2016. During this, he delivered a memorable 'dare to dream' address to an audience of over 1000 people, including College Graduates, families, friends, College staff, and other invited guests. This speech was truly inspirational and received a standing ovation from all event guests. Michael was extremely easy to work with throughout our event, and was particularly comfortable with post event PR, photographs and social media. He was the perfect motivational fit for our event. Michael is a modest, personable and inspirational man, and is easily recommendable. We would like to wish Michael continued excellence with his endeavours in both the sporting and motivational speaking arenas in the future."Conor McGurgan, Marketing & PR Manager North West Regional College - Nov 2016
5 / 5
Michael McKillop "Just wanted to say that I thought you did a brilliant job yesterday and Michael Mckillop was amazing. I was moved to tears on more than one occasion during your interview with him (and I know I wasn’t the only one!). Of all the guest speakers I’ve heard at these types of events over the years, he has to be the best by a clear mile! He was incredibly inspirational and I think we can all take a lot of learnings from him" Carrie  Marketing Manager  Nestle UK - 2017
5 / 5
Michael McKillop “Michael spoke recently at our conference on the topics of Resilience and Flexibility, and was simply incredible. He brought his career and journey to life with passion, humility and humour; weaving in his stories and reflections. We were spell bound, and left inspired by his example. Many of my colleagues considered that he was one of the best speakers we have had in the last 10 years.” Rob Collie Director of Group Finance Delivery SKY Plc - Oct 2016
5 / 5 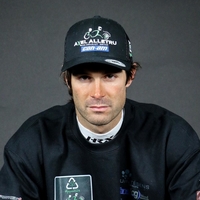