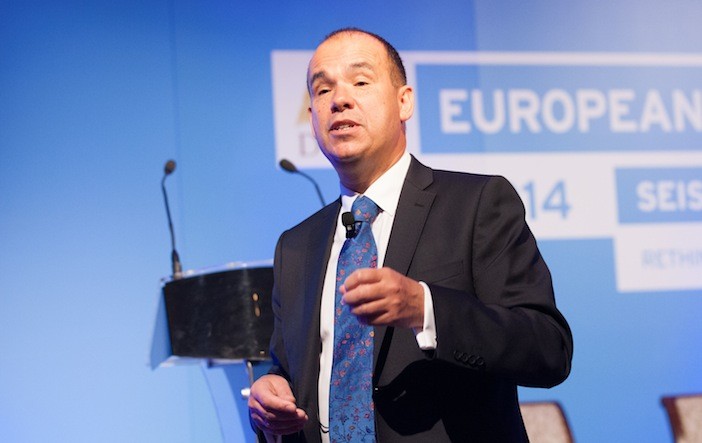 Michael Woodford rose to the top of the Olympus Corporation in 2011 having worked for it for over 30 years. A fortnight after being made CEO he famously blew the whistle on inexplicable payments in excess of $1.5 billion dollars.

Michael Woodford grew up in Liverpool and started out working for the Olympus UK subsidiary, Olympus KeyMed as a Surgical Salesman. He rose through the company  quickly and in 1990 became its UK Managing Director aged just 29. Woodford was successful and led a period of dramatic growth and in 2004 he was appointed to the main Board of Olympus Medical Systems Corporation, and appointed Executive Managing Director of Olympus Medical Systems Europe.

His radical programme of change within the organisation resulted in a doubling of the operating profit within three years. His professional remit was expanded into the USA and he took on more responsibility in Europe. In 2008 he  became an officer of the main Board of Olympus Corporation in Japan. During his tenure of this role, the operating profit of the European business increased by approaching 50%. In April 2011 Woodford was appointed President and COO of the Olympus Corporation, one of only four ‘gaijins’ to run a large Japanese company, but was the very first Western ‘salaryman’ to rise through the ranks to the top.

On October 1 2011,  Woodford was made CEO, but only two weeks later on October 14 was dismissed after querying inexplicable payments in excess of $1.5 billion and demanding the resignation of the company’s Chairman and Vice President.

Michael Woodford was the first President in history to become a whistleblower of his own corporation. It is an unbelievable story that he shares with insights from the Olympus scandal and the lessons learnt. A much in-demand speaker on the international circuit Michael covers everything from improving corporate governance to how we can achieve a more moral type of capitalism.

“Woodford took a considerable risk in exposing wrongdoing. As chief executive, he was arguably acting against his self-interest, since his job was obviously in jeopardy. Yet he did the right thing. He campaigned for proper accounting and persuaded the Japanese authorities to act. He was a study of boldness in action. By choosing him, the judges followed suit.” – Lionel Barber, FT Editor

2002  MBE for services relating to his work to help reduce casualties and deaths on the road as an early pioneer of Corporate Social Responsibility (CSR) policy.

2004 – 08 As MD of Olympus KeyMed receives three prestigious Queen’s Award for Enterprise;  2004 for Sustainable Development; in 2006 for International Trade; and in 2008 for Innovation.

2011 ‘UK Business Person of the Year’ for his bravery at Olympus; Awarded by The Sunday Times, The Independent and The Sun. Time Magazine recognised Woodford as one of the People who mattered.

2012  FT/ArcelorMittal ‘Boldness in Business Person of The Year ‘

2012 Cliff Roberston Sentinel award “For Choosing Truth Over Self” by the Association of Certified Fraud Examiners (ACFE).

Michael Woodford “Our case study based on your experience at Olympus provoked a great deal of thought among our students on corporate governance challenges in Japan and elsewhere. Your activism in highlighting corporate governance lapses is very important and helps to keep attention focused on corporate governance challenges around the world.” Jay Lorsch, Louis E. Kirstein Professor of Human Relations and Suraj Srinivasan, Associate Professor, Harvard Business School
5 / 5
Michael Woodford “The subject is one that is of immense importance, profound significance and tremendous relevance not just to the Japanese corporate sector but to corporate governance around the world. The delivery kept the audience enraptured for more than an hour - it was entertaining, informative and insightful. It is a talk that anyone who was fortunate enough to be there will remember for a long time.” Colin Mayer, Peter Moores Professor of Management Studies, Said Business School
5 / 5
Michael Woodford “I've had the honour of hosting six Nobel Prize winners, three US presidents, two heads of state and an archbishop as well as many leading commentators from the fields of economics, finance, politics and civic society and Michael Woodford stands out as one of the most captivating and interesting speakers myself and Pi members have been lucky enough to hear from in Pi's history.”David Giampaolo, CEO, Pi Capital
5 / 5

Thought leader on the future of digital, disruptive technologies