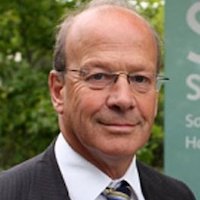 Dr. Mike Stroud is more than just a Hospital Consultant Physician. He is an adrenaline junky as well, who, since 1989, has set out on a number of record-breaking expeditions with Sir Ranulph Fiennes.

Mike qualified as a doctor in 1979. After years in a hospital environment, interspersed with expeditions, he starting doing research into endurance, nutrition, and survival in extreme conditions in 1990, working at the Army Personnel Research Establishment and the RAF Institute of Aviation Medicine. He later took up the position of Chief Scientist at the Centre for Human Sciences in the UK. Mike returned to hospital medicine and university work and was appointed Senior Lecturer in Medicine and Nutrition and Consultant Gastroenterologist at Southampton University Hospitals in 1998.

Mike Stroud teamed up with Sir Ranulph Fiennes in 1986, undertaking their first of five attempts to travel to the North Pole from Arctic Canada and later from Siberia. All attempts were without support. Their 1990 record-breaking journey raised over two million pounds for charity.

In 1992 and 1993 the two adventurers changed their focus to the South Pole, breaking several records in the attempt and completing the first unaided walk across the continent. It was, at the time, the longest unsupported walk in human history.

Mike’s return from the South Pole saw him awarded the OBE for ‘Human Endeavour and Services to Charity’. He was also awarded the Polar Medal for ‘Services to Arctic and Antarctic Exploration.’

Mike’s interest in extreme sports persisted, and 1994 saw him lead the first UK team in the ‘Marathon of the Sands’, a trans-Sahara multi-marathon, while 1995/96 saw him compete in the first two ultra-distance ‘Eco-Challenge’ adventure races. A few years later, in 2002, he undertook the first unsupported, non-stop desert crossing of Qatar. In so doing, he managed to cover 210 km in a period of three days.  The next year, 2003, Mike and Sir Ranulph Fiennes completed seven full marathons, on seven continents, in seven days. They were able to raise very large sums of money for charity in the process.

In 2006/2007 Mike led the nutritional research elements of the Xtreme Everest Medical expedition. It was during this time that he conceived of an expedition to cross Antarctica during the Southern Winter – the coldest, darkest time of the year. He and Sir Ranulph worked on this expedition for five years, undertaking trials in Arctic Sweden in preparation.  Mike when unable to go on expedition due to his professional demands as a surgeon takes on the role of the team spokesperson, medical advisor, and scientific research lead.

Mike is the author of a number of books, including ‘Shadows of The Wasteland’ ( in which he documents his journey of the unsupported Antarctica crossing), and ‘Survival of The Fittest’, in which he examines the relationship between nutrition, exercise, health, and peak performance. He has also presented his own television series on BBC1 and served as endurance and medical expert on BBC TV documentaries.

Mike Stroud the speaker is eloquent and interesting and captures his audience’s attention. He gives around 40 talks world-wide each year based on his world-record accomplishments, many achieved alongside the great Sir Ranulph Fiennes.  The subtle difference between the two being that Stroud’s profession is a practicing surgeon and Fiennes as an adventurer.

Informed and well-pitched, each talk is tailor-made to suit his specific audience. His vast experience both as a medical specialist and adventurer makes him one of those rare people who can incorporate the different aspects of their lives, experiences, and career to fit many topics and audiences.

“I only listen to the first five minutes of every lecture, but with Mike Stroud I never left the hall because he was so interesting, fascinating and such a good speaker. So many speakers have interesting things to say but don’t always know how to project – Mike was terrific on all counts. I highly recommend him for Festivals and Lecture Societies or anyone needing a cracking good speaker”.  –  Andy Motram, Jones Lang Lasalle

Mike Stroud "You really excelled yourself with the marvellous lecture about the Pendland South Pole Expedition. As you could see, the capacity audience was full of admiration for your remarkable achievement. We all greatly enjoyed your clear presentation. Thank you very much indeed for giving such a truly memorable lecture, and for repeating it twice on the same day". Director of the Royal Geographical Society
5 / 5
Mike Stroud "Your deep knowledge and interest, experience and understanding of human survival and both the Arctic and Antarctic environments conveyed with such a wonderful sense of humour, made it one of the most outstanding lectures, stimulating, enriching and special'Education Officer, The Wildfowl & Wetlands Trust
5 / 5 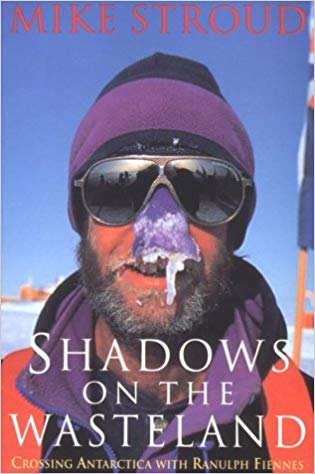