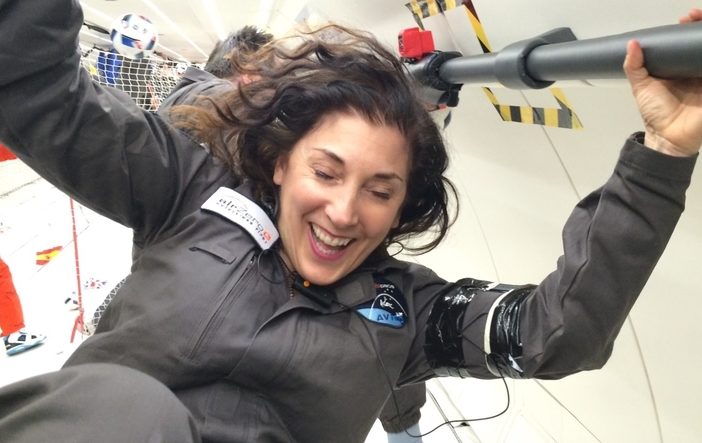 Dr. Mindy Howard is someone who strives to achieve her dreams and reaching the uppermost heights in her chosen field.

With her life’s ambition that of becoming an astronaut, NASA selected Dr. Mindy Howard as a highly qualified astronaut candidate upon completing her PhD. Although she did not make the final selection, she did not give up on her dream.

With a start in the oil industry, Dr. Mindy Howard has, over the years, seen her career trajectory take her all over the globe, working as a sustainability manager, strategy leader, diversity and inclusiveness manager, people manager, and trainer for several blue-chip corporations. Working in over 25 different countries has seen Mindy explore different countries and develop an appreciation for different people and their cultures.

One of the few commercial astronaut trainers in the world, Dr. Mindy Howard will accompany a team of people who will win a ‘once in a lifetime’ trip to space. She will achieve her dream of going into space in 2023.

Having written and presented publications on a variety of subjects at international and space conferences, Dr. Mindy Howard is the author of the bestselling “Blast Off! Train like an astronaut”. She also regularly appears in the media and has appeared on national television, Discovery Channel, and radio as a space correspondent in both the US and Europe.

As a speaker, Dr. Mindy Howard does not only focus on space training. She also talks about achieving high performance and getting individuals and executive teams to be more mindful, present in the movement, and reaching their goals.

Mindy Howard lives in the Netherlands and presents in English.

Dr. Mindy Howard "Please pass onto Dr Mindy our thanks again for her presentations last week. We had 1607 people watching over the two sessions. The feedback was overwhelmingly positive with employees particularly inspired by Mindy's own career story, her ability to remain resilient in the face of rejection and that she pitched it at just the right level energy-wise for a global audience (by this I mean that in EMEA/APAC they can find it a bit OTT with some motivational speakers). people also really enjoyed the idea that they were being trained the same way an astronaut might be and asked that she let us know if she does get the call to go to space." Thanks again. Anna Anna Tolley global internal communications leader Randstad SourcerightAnna Tolley, Randstad Sourceright - Amsterdam Virtual - June 2021
5 / 5
Dr. Mindy Howard "I’ve worked with Mindy on several projects, and she is a true pleasure to work with. Mindy is professional to her fingertips & displays great work ethics. Her abilities as a facilitator is impressive, and she’s great at getting people engaged in a discussion. She’s demonstrated over and over again an inclusive behaviour, and she’s open to new/diverse ideas and this serves her well in both her day-to-day and longer term activities." Hilde Bygdevoll
5 / 5
Dr. Mindy Howard “Mindy is a driven individual that persues any assignment given to her with passion and professionalism. She proactively picks up issues and is very pleasant to work with.”Roland van de Vijver, Engineering Consultant at Saudi Aramco
5 / 5
Dr. Mindy Howard “Mindy is a passionate, professional advocate of sustainable development. She is great to work with, particularly her tenacity in finding solutions to challenges.”Stephanie Draper, Chief Executive at Bond - uniting UK international development for impact
5 / 5
Dr. Mindy Howard “Mindy is an energetic, efficient, productive and highly professional person. She brings structure and cohesion to the teams she is part of. Mindy has a strong sense of justice and is an excellent facilitator in learning/workshop settings.”Peter Grabau, Owner, TimmeKBC and Professional Training & Coaching Specialist
5 / 5