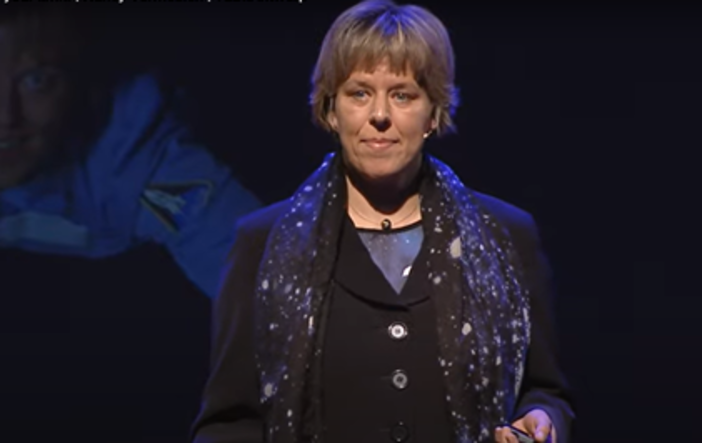 A commercial airline pilot instructor who holds a Master’s in theoretical physics and astronomy, Nancy Vermeulen was Commander of a Mars simulation in Utah, USA, and took part in the European Space Agency’s (ESA) astronaut selections of 2008. Her mission is to bring the universe closer to people and vice versa. As a result, she was the first person in Europe to develop a non-government training programme to prepare prospective space travelers for space voyages. The kick-off was in 2011 when Nancy trained a Virgin Galactic prospective astronaut. In 2018, she founded the “Space Training Academy”.

Nancy Vermeulen began her space adventure in 2008 when she took part in the ESA astronaut selection process. Only one in ten candidates was female at the time. In preparation for the training programme, she learned to scuba dive, took part in high altitude training, and became an aerobatics pilot.

It was when Nancy Vermeulen met Virgin Galactic’s Sir Richard Branson that she became inspired to apply her knowledge and expertise not only to science but to the public at large. This led to her training a future prospective Virgin Galactic astronaut and start her speaking career. In 2018, Nancy Vermeulen founded the “Space Training Academy”.

Besides her work as an astronaut trainer and public speaker, Nancy Vermeulen also finds the time to write. She is the author of ‘Iedereen Ruimte Vader’, which translates to “Everyone An Astronaut”, a book about how anyone can become an astronaut.

Nancy Vermeulen is a conference speaker and moderator sought after on international platforms. She inspires and motivates audiences to achieve their dreams. She lives in Belgium and presents in English and Dutch.

Nancy Vermeulen “Nancy is a formidable and very approachable person. She has a vision that can be realized in practical projects. Having worked with her I found that she always looks for opportunities, not only for herself but also for people she works with. Her analytical capabilities into business processes are impressive, as are her abilities to translate these insights into processes that improve and enhance business. Nancy has a vast knowledge, both technical and as a person. Promises made by Nancy are always fulfilled.”Willem Braat, Factory Experimental Test Pilot/Flight Test Engineer at PAL-V International BV
5 / 5
Nancy Vermeulen “Nancy is not only a well informed and articulate individual but also a visionary and an all round great person to be around. Most striking is her sense of responsibility to make the world a better place by utilizing her extensive background in aerospace and interest in the humanities. Full of great ideas but extremely focused at the same time Nancy was able to execute her biggest project -the Space Training Academy- to the operational level.”Jeroen Verschuren, ᴀʀᴛɪsᴛ | ᴀᴠɪᴀᴛᴏʀ
5 / 5
Nancy Vermeulen “Nancy is a very driven instructor with a lot of (operational) knowledge and experience which she uses to help reach students their full potential - in both theoretical and practical flight training.”Philip Corten, First Officer at Brussels Airlines
5 / 5
Nancy Vermeulen “Nancy is a true visionary, with a conviction unrivalled by any I have spoken with. Her passion speaks volumes of the journey she has made to her present position of success, and the confidence she displays in sharing her experience leaves me in no doubt as to her prosperous future ahead.”Elliot Connor, CEO at Human Nature Projects
5 / 5
Nancy Vermeulen “Nancy is one of the most inspiring keynote speakers we have ever had within the ADM community. Her passion for technology and aerospace is truly contagious. Moreover her personal story is a motivating example for many young (wo)men to aim for the sky!”Ingrid Hoffman, General Manager at ADM, professional networker
5 / 5
Nancy Vermeulen “Nancy's story can only be described as inspiring! As a public speaker she takes you on a journey through her life, and showcases perfectly what it takes to pursue your dreams. "The Sky is NOT your limit" will inspire young and old, and especially entrepreneurs: never give up, reinvent yourself and look for new opportunities! They may even lie beyond the horizon.”Filip Vandeweyer, Plato coördinator at Voka - Kamer van Koophandel Mechelen-Kempen
5 / 5 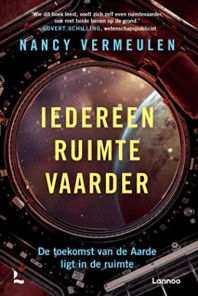