The ‘Miracle in the Andes’ Plane Crash Survivor on Extreme Crisis Management, Teamwork & Leadership. The greatest ever story of survival. 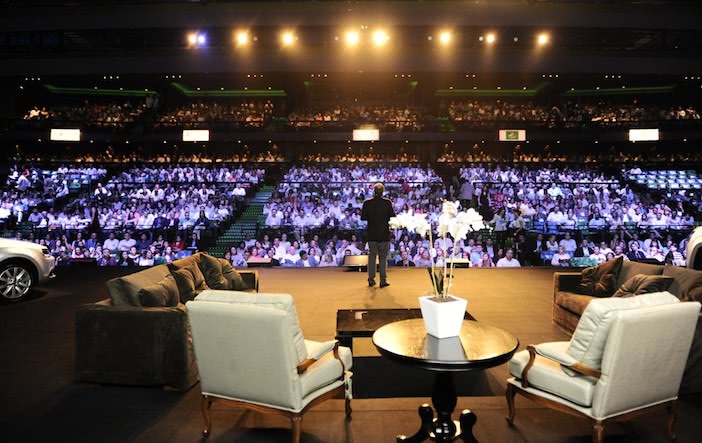 Nando Parrado is an internationally known speaker who has developed successful strategies for unlocking potential and excellence in the workplace and everyday life. He is also the author of the best seller book “Miracle in the Andes”.

In 1972 he was flying to Chile from Uruguay with his college rugby team of which he was captain for an international rugby match. Unfortunately, the flight never arrived at destination; it crashed tragically at 18,000 feet in the Cordillera de Los Andes. The two and a half months that followed changed his life completely. His mother and younger sister passed away in the accident, and Nando made a superhuman effort, and survived for 72 days, finding his way out of the Andes, after 10 days of snowy marathon trek.

Soon after the rescue of the survivors, thanks to the epic passage of the Andes of Nando Parrado and his friend Roberto Canessa, he worked with Piers Paul Read to write the world bestseller “ALIVE “, and 20 years later was the Technical Advisor in the production of the film “ALIVE”. where his part was played by Ethan Hawke.

Nando Parrado is regarded as one of the world’s leading public speakers. The World Business Forum voted Nando the Best Speaker in the World in 2010. His story is the thrilling history of one of the most important odysseys of survival in mankind, but also it’s an inspired call to businessmen and businesswoman alike, to transform into adventurers, and face the challenges of the new millennium.

The extraordinary history of Nando Parrado has been carved from an absolutely normal life. His achievements are a powerful testimony to his attitude of survival. A life quickly transformed after an incredible physical and mental recovery after losing his mother and sister in the accident and undergoing a fracture of the skull. He recovers, helps, leads, decides and escapes through the mountains.

In his motivational conferences all the subjects that can help a company or organisation in several areas: Leadership, Team Work, Motivation, Handling of Crisis, Change, Planning & Strategy, Handling of Conflicts, How to Handle Fear.

A lesson in skills of leadership and tactical planning, not only for the human survival but for the survival of companies. It’s saga of courage, teamwork, determination experienced at a level that few will be able to credit that touches hearts and leaves audiences with an elevated perception of the value of human life. This is also a great history of loyalty, friendship, family, faith and perseverance.

Nando Parrado resides in Montevideo, Uruguay. He presents in English and Spanish.

Nando Parrado "Nando Parrado is the best speaker that I have seen in all my corporate life…and what a charming, candid and respectable person. Through all my years in the business world, I have seen and listened to many speakers. There have been average speakers, good speakers, excellent speakers, but EXCEPTIONAL speakers only one. Nando Parrado ranks above them all." Dawn Airey SVP EMEA Yahoo!
5 / 5
Nando Parrado "Nando, You are the best. So easy and smooth to work with. And always deliver a world class speech. Our customers were totally inspired and now we have an easy job to sell to them next year. Thank you really much and take care of your family and have a wonderful summer in Uruguay (while we have winter)."Nicklas Östling Bestseller PR AB – Bestseller Business Forum Stockholm November 2016
5 / 5
Nando Parrado "Nando, A huge thank you for sharing this amazing story with the Equinix family again this week. The responses have ranged from overwhelmingly positive to life changing experience! It was great to see Veronique again and hear about your growing family and continued business success. I have copied Sandra because she asked how you were all doing and we have often reflected about being one of the first Companies to hear your incredible story at EDS, some years ago. Thanks again for helping Equinix experience such a powerful story and life lesson. I had never experienced such a sincere, emotional and never ending standing ovation. You are the best..!!Sincerely,"Steve Smith CEO of Equinix (2017)
5 / 5
Nando Parrado "In more than twenty years of listening to speakers, this is the best speaker and speech ever..! It changes lives….many thanks Nando."CEO IBM Americas
5 / 5
Nando Parrado "Nando Parrado en su presentación logra demostrar porque la palabra "Imposible" debe ser reemplazada en toda situación por "Improbable". A su vez, demuestra como la palabra "Improbable" puede transformarse en "Posible". Todos en nuestra Compañia coincidimos que nunca vimos una presentación en nuestras vidas que tuviese tan alto impacto en lo profesional y personal, llegando a lugares de nosotros mismos que nos hiciese repensar situaciones, decisiones y comportamientos esenciales. Nadie fue el mismo después de esta presentación. Hay un grupo de 16 personas que tienen una tremenda, sabia e incomparable experiencia que contarle al resto de la Humanidad y lo tienen a Nando Parrado como vocero."HR Director Kraft Foods Int.
5 / 5 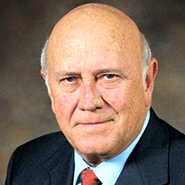 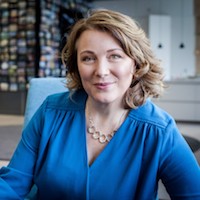 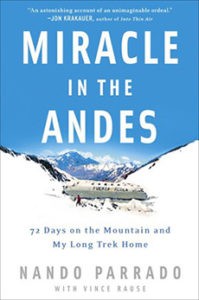