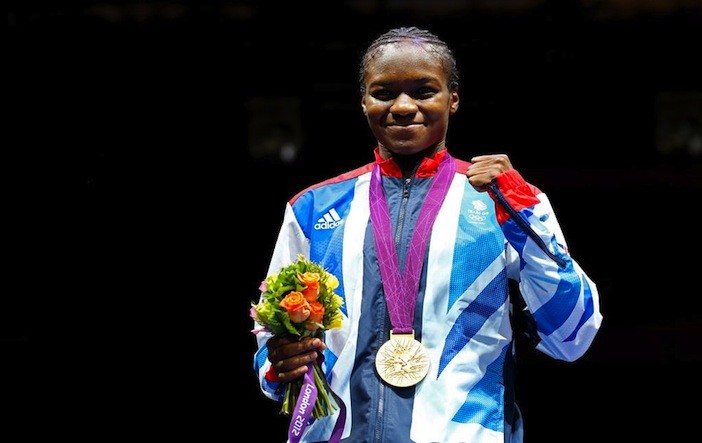 Nicola Adams MBE is officially Great Britain’s most successful female boxer of all time. In August 2016, Nicola achieved what was the proudest moment of her career so far, in becoming the first British boxer to successfully defend their Olympic title for 92 years.

Having also become World Champion in May 2016 she has now secured a grand slam of titles, and is the only female boxer in the history of the sport to have won every major title available to her; Olympic, World, European, and Commonwealth.

She is a true champion in every sense of the word, having overcome both injury and adversity early in her career; Nicola fought back from a career-threatening injury in 2009 to win a silver medal at the 2010 World Championships and gold at the European Amateur Championships, subsequently qualifying for London 2012.

Through several initiatives and organisations (Fight for Peace), Nicola has encouraged people of all ages and abilities to join their local sports clubs, enjoy the benefits this brings whilst promoting living a healthy and well-balanced lifestyle. She has worked with charities and strives to raise awareness of young people and women in sport and boxing.

Nicola has enjoyed acting; she appeared as an extra in some of Britain’s iconic soaps, including, Coronation Street and Emmerdale, and had a cameo appearance in the BBC’s award-winning drama series, Waterloo Road, where she played herself.

In late 2020 amidst the Covid-19 pandemic, Nicola was selected to star and dance in the BBC’s ‘Strictly Come Dancing’ series. Nicola’s inclusion brought a first for the show as she partners with a female dancer to become the first-ever same-sex pairing in the competition.

Nicola regularly speaks to companies and teams on topics that range from her meteoric rise to be two times Olympic champion.  Also, gender and diversity where she is very open to discussing and encourages others to do the same. She is a highly influential figure of the LGBT+

Nicola Adams (Hi Jonathan), "We wanted to thank you on behalf of securing Nicola for our sales conference in Reading last week. What an amazing role model to us all. Nicola’s unique humility and wonderfully warm personality inspired us all in what is achievable in life with purpose and hard work. The Q&A format was a big success, everyone loved the format I would wholeheartedly recommend Nicola for the incredible impression she can make, and having so much time for all of us who were star struck with selfies afterwards Please extend my thanks to Nicola" Brian Mort, SVP & GM EMEA - Blue Prism Ltd. May 2019
5 / 5
Nicola Adams 'Nicola Adam's background of self funding her boxing by working on building sites as a young girl shows the extraordinary lengths she has taken to realise her dream of being an Olympic Champion.'We say...
5 / 5