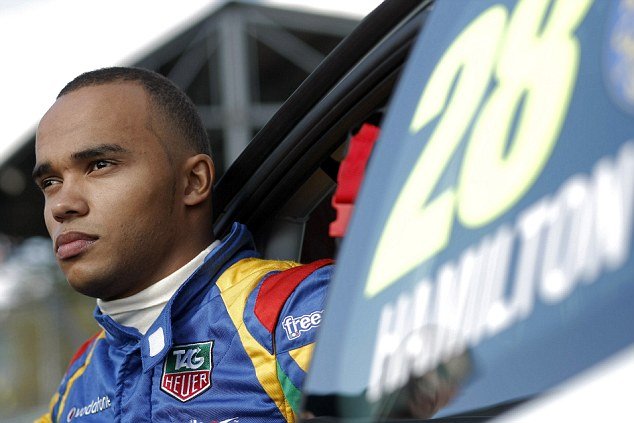 Born prematurely and with cerebral palsy, Nicolas Hamilton was told, at an early age, that he would never walk unaided. Yet he has become a rising star on the British motorsport scene and established himself as a potential future champion.

Nicolas was born with cerebral palsy, a condition which affects his leg muscles. Despite his disability, and spending most of his childhood in a wheelchair, Nicolas Hamilton, by the age of 17, and after years of painful training was able to walk completely unaided. But walking by himself was not Nicolas’ only aim. He was determined to become a racing driver.

In 2012 he became a handling consultant to Slightly Mad Studios, a digital gaming company. His mission was handling and giving feedback on certain racing digital games. Being able to handle simulated vehicles further fueled his desire to race. He ultimately won a seat in the Renault Clio Cup. The younger brother of Formula 1 champion Lewis Hamilton had embarked on his dream.

In 2015, the remarkable Nicolas Hamilton became the first disabled athlete to take part in the  British Touring Car Championship, a feat that has not as yet been matched. He has also returned, in 2017, to the Renault Clio Cup, and aims to inspire both able-bodied and disabled people to reach for and attain their dreams.

Besides racing and consulting, Nicolas is also the Managing Director at Pairum, Ltd, a business that focusses on pairing businesses and new talent for sponsorships.

Nicolas often speaks at events requiring a motivational speaker. The challenges he has overcome to succeed as a disabled sportsman and racecar driver have given him many insights into what it takes to achieve your dreams.

Nicolas motivates and inspires both able-bodied and disabled individuals regardless of their age, life situation or chosen industry.

Nicolas travels the globe as a motivational speaker alongside his full-time racing schedule sharing his story of grit and determination that can translate to all walks of life. Nicolas believes that there is no
obstacle ‘too big’ to overcome and after you hear his wonderful story, pleasant attitude and all-round humbleness. He is an experienced and much in demand speaker on diversity, goal setting and dealing with obstacles.

Nicolas has been working with 84 World over the last 12 months to explore commercial and social opportunities in the brand space. He has quickly gained traction with his unique style and powerful content due to his clear vision and overall understanding of how brands can improve diverse representation.

His inspirational story and his belief that ambition is limited only by attitude. Delivered in his genuine, down-to-earth, friendly manner, Nicolas’ keynotes recount his personal story of

Nicolas Hamilton “Was perfect for the intimate event that we had! His style was engaging, relaxed and he was especially great at answering questions, which he did thoroughly and honestly. A very inspirational guy!” Havas Lynx
5 / 5